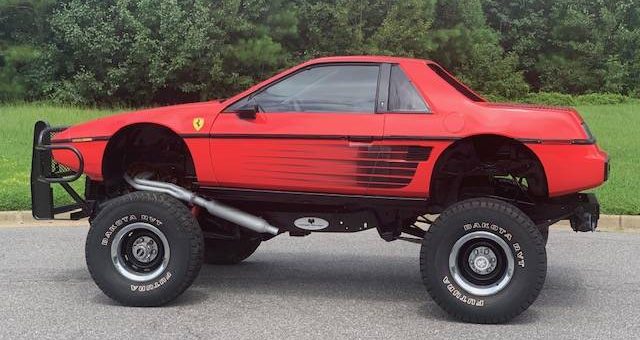 Whenever a car sale ad starts with “one of a kind,” you know it’s probably going to be a good one, and this is no exception. This 1984 Pontiac Fiero on sale on Craigslist has been badged as a Ferrari and sports Testarossa-inspired side paneling. Of course, that’s the most trivial thing about this Fiero, because, instead of an anemic four-cylinder engine or even a V6, this particular car sports a 350 cubic-inch small block Chevrolet V8 engine. 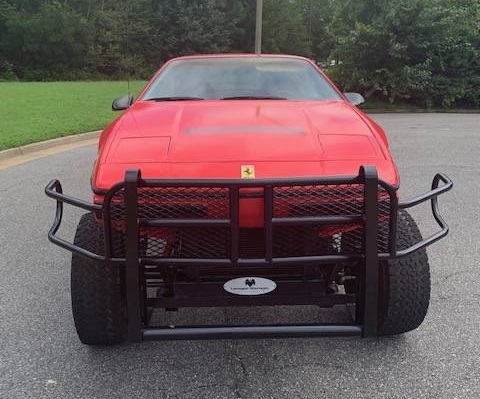 How that would fit in the compact engine bay of this small mid-engine sports car? By putting the engine in the front, which is possible thanks to some clever custom work.. a lot of custom work, in fact. The body of this build is all Pontiac Fiero, but the underside is not, as rides on a modified Chevrolet Blazer frame.

The body is placed about three feet higher than Pontiac ever intended, thanks to a generous body lift kit. 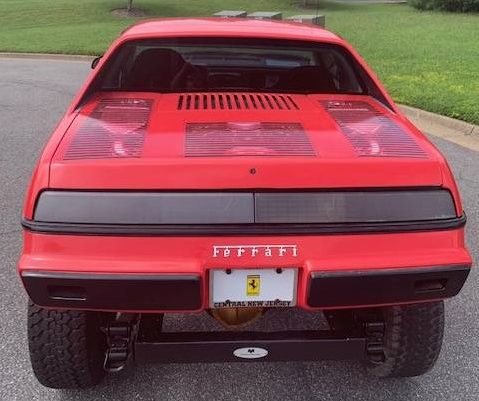 The Chevy 350 V8 is paired to a Turbo-Hydramatic 400 automatic transmission sporting some long tube headers that dump out past the front wheels right next to the doors, which seems like a perfect setup for burning the hair off one’s legs, and possibly many other body parts as the driver and passenger try to scramble into and out of this beast.

Of course, the builder, who also appears to be the seller, isn’t an animal, and has fitted those headers with long glasspack-style mufflers at the end, to keep things civil. 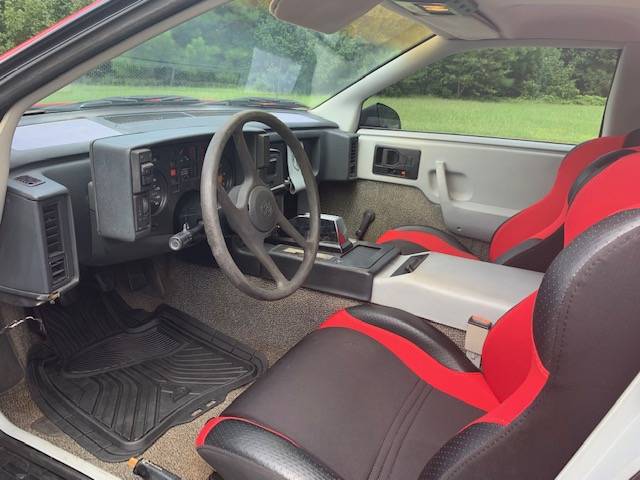 According to the seller, it “runs and drives great,” “is quite the head turner” and a show winner, though, we don’t expect to see it at SEMA any time soon. Instead, with a price of $9,500, and being conveniently located just outside the Virginia Beach shoreline (despite the listing being posted in Charlotte North Carolina), we see this as the ultimate beach cruiser. You don’t even have to fear parking it in the sand, because the Chevy 4×4 mechanicals underneath will be able to pull it through (most) any terrain imaginable.