Kevin Harvick won the Big Machine Vodka 400 from Indianapolis Motor Speedway Sunday, but the No. 4 team’s strong performance was only one of the interesting takeaways from the final regular season race of the 2019 NASCAR Cup Series season.

The race was Jimmie Johnson’s last chance to lock in a playoff berth, but after becoming involved in a Lap 105 wreck, the seven-time Cup Series champion’s post-season hopes were dashed. That wreck was one of several that occurred throughout the race, with Landon Cassill hitting the hall hard on Lap 48 and Kyle Larson also crashing on his own on Lap 129. 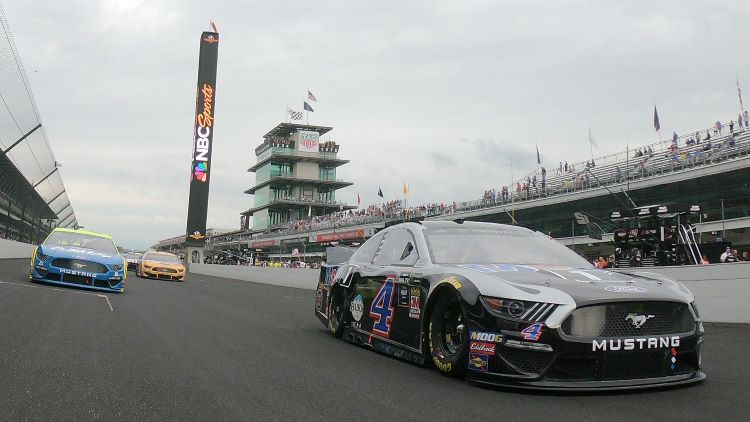 Erik Jones and Brad Keselowski also wrecked hard on Lap 49, with Jones making contact with Keselowski’s No. 2 Ford Mustang and sending him sliding into the tire-lined wall on Indy’s fast backstretch, flipping the car partially on its side.

While the field was wrecking behind him, Harvick and his Stewart-Haas Racing crew dominated the event, starting from pole and leading 119 laps total. Ryan Blaney got around Harvick for a brief period following a restart on Lap 112, but the young Team Penske prodigy didn’t have the long-run pace to keep up with the experienced Harvick. 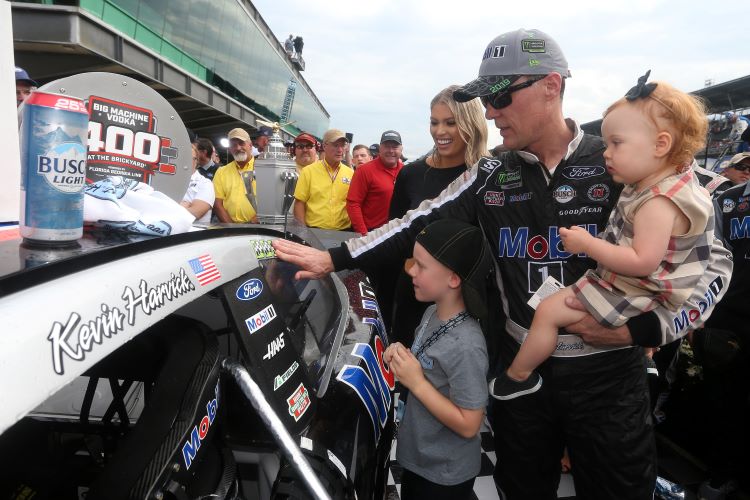 “I can’t tell you how much coming to Indianapolis means to me,” Harvick said post-race. “As a kid, I watched Rick Mears win the Indy 500 and got to be around him as a kid. He was my hero.”

“My team built a great race car. I can’t say enough about everyone on (SHR,” he added. “They built a heck of a race car. It’s the same stuff that we took to Michigan and had a real good weekend there, obviously, and went to Victory Lane. I know how much this means to (crew chief) Rodney (Childers) and all the guys who work on this car. We’ve been so close at winning here before.” 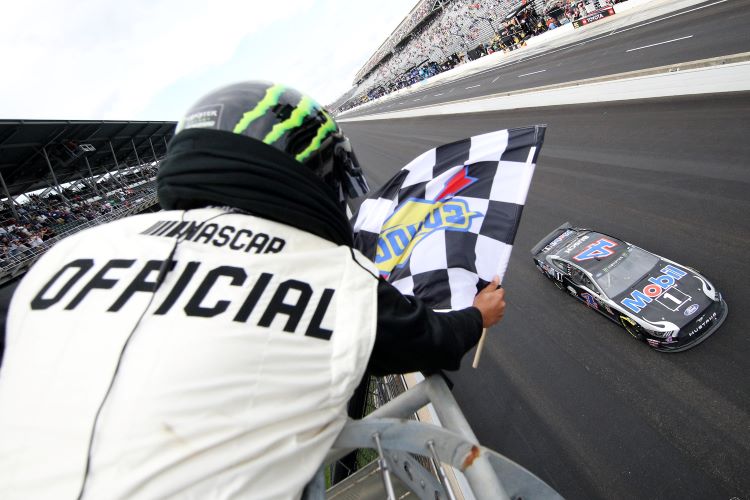 The top-finishing Chevrolet driver was Bubba Wallace, who scored his second career top five finish after placing third. Wallace even looked as though he could challenge for the lead on the final restart, bearing down on Harvick as he and Joey Logano diced for first.