Last week, auto workers staged a massive walkout following a breakdown in labor contract negotiations between General Motors and the United Auto Workers. Now, as the GM strike enter its second week, there appears to be no concrete evidence that significant progress has been made towards a resolution.

As the UAW seeks to establish the best possible contract for its members, GM would like to lower labor costs to a level that’s more in line with U.S. factories operated by foreign automakers. According to a report from AP, citing the Center for Automotive Research, it’s estimated that GM labor costs, including benefits, amount to roughly $63 per hour, as compared to the $50 per hour paid by foreign automakers.

Democratic Presidential candidates weighed in on the GM strike over the weekend, including Elizabeth Warren and Joe Biden.

“GM is demonstrating that it has no loyalty to workers in America …. Their only loyalty is to their bottom line, and if they can save a nickel by moving jobs to Mexico or Asia or anywhere else on this planet, they will do it,” Warren said.

Republicans have taken a more neutral approach to the GM strike, despite earlier reports that President Trump was seeking to weigh in on the issue. Those early reports were later denied. 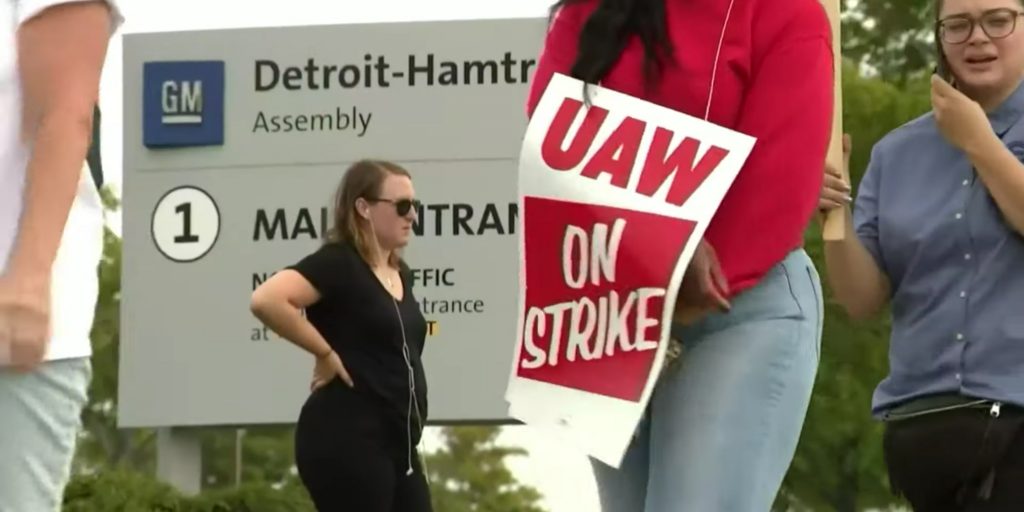 The GM strike has affected supplier companies, as well as workers in Canada. It’s estimated that the strike could cost GM upwards of $100 million a day.

As workers picket various GM facilities across the nation, numerous flare-ups along the picket lines have been reported, some of which have led to arrests.

Meanwhile, the FBI’s probe into corruption within the UAW continues, leading to distrust among some UAW members. Last month, the FBI raided UAW President Gary Jones’ home in connection with the probe.

We’ll continue to cover this story as it develops, so subscribe to GM Authority for more UAW news and ongoing GM news coverage.