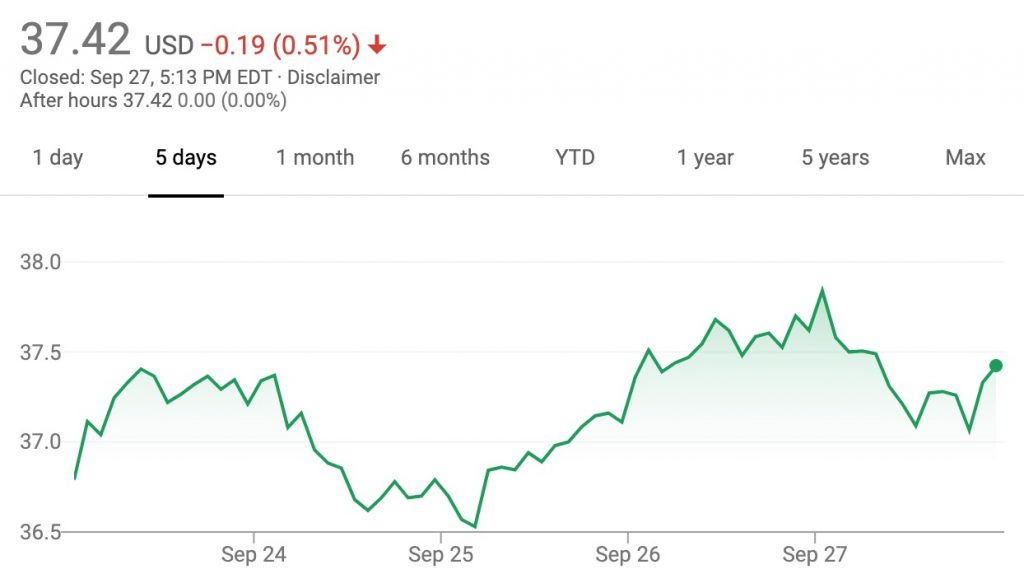 GM stock value has been in turmoil as a result of the UAW strike, which began last this week. Prior to that, share values experienced a three-week streak of positive performance. Hopefully, this week’s increase is a sign that GM stock value will continue to climb throughout the rest of 2019 despite current concerns regarding both the strike and, on an even larger scale, the global economy.

GM stock has been up and down throughout the entire third quarter. The previous rebound in value came after four consecutive weeks of declines for the Detroit-based automaker’s shares, which in turn followed a jump in value as a result of GM’s Q2 2019 earnings, wherein the automaker outperformed expectations. Some of the drops in value are believed to be related to warning signs of an economic slowdown, along with various escalating matters in the ongoing trade war with China.

By comparison, shares of GM’s cross-town rival, the Ford Motor Company, decreased 1 percent, or $0.09 per share, this week. Interestingly, another comparison shows that Uber’s market value has dipped below GM’s for the first time since its initial public offering (IPO).

In addition, the automaker was planning to roll out an autonomous ride-sharing service from its Cruise division by the end of 2019, but has announced that it has delayed the launch timeline. GM sees the robo-taxi service as a “trillion-dollar opportunity.”

In July 2019, GM unveiled the new Corvette, which adopts a mid-engine layout for the first time in its history. The mid-engine Corvette, also known as Corvette C8 or the 2020 Corvette, will launch around December 2019. The vehicle is a noteworthy contributor to GM’s financial performance, since the Corvette carries healthy profit margins.