Ford Motor Company recently announced that it would release its fully electric F-150 before 2022 – beating General Motors to market and likely arriving just in time to take on newcomers to the pickup space like Tesla and Rivian.

GM was actually the first major automotive manufacturer to put an fully electric pickup truck into production, however. The Chevrolet S10 EV was launched in 1997, mainly for fleets, with GM producing about 1,100 examples of the truck before pulling the plug on the project in 1998.

The S10 EV was based on a two-door, short bed Chevrolet S10 work truck and was powered by a version of the GM EV1’s powertrain, which consisted of a 114 horsepower (or 85 kW) AC induction motor and a 16.2 kWh lead-acid battery pack. The battery, mounted in between the frame rails under the S10’s bed, weighed an astonishing 1,400 lbs and brought the total weight of the little truck to 4,199 lbs. 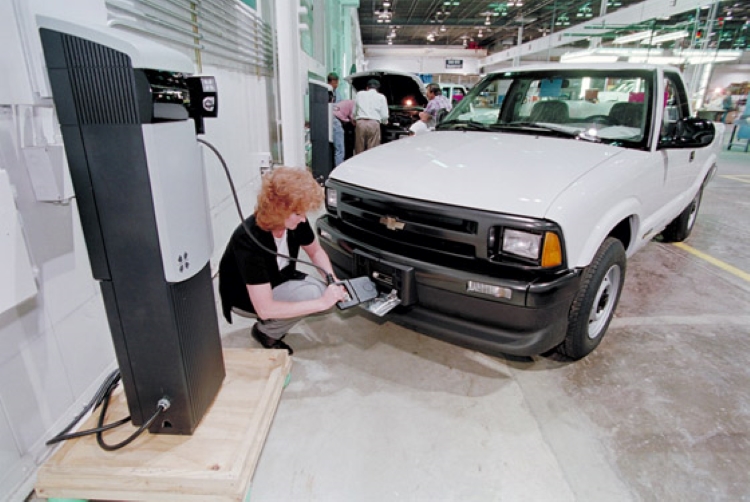 According to PickupTrucks.com, the Idaho National Laboratory’s Advanced Vehicle Testing Activity (AVTA) put a Chevrolet S10 EV to the test in 1997 and came up with a total range of 38.8 miles at a constant 60 mph and 60.4 miles at a constant 45 mph, figures that were calculated using the EPA test cycle. A company in California also tested the trucks and recorded 35 to 43 miles of real-world range on an urban loop with some stop-and-go traffic.

For the 1998 model year, GM introduced a larger 39 kWh nickel-metal-hydride battery pack, which doubled the vehicle’s range. This was a costly option, however, and with the S10 EV’s already steep starting price of $33,305, it wasn’t enough to make the emissions-free pickup any more attractive to potential fleet buyers and the truck was discontinued. 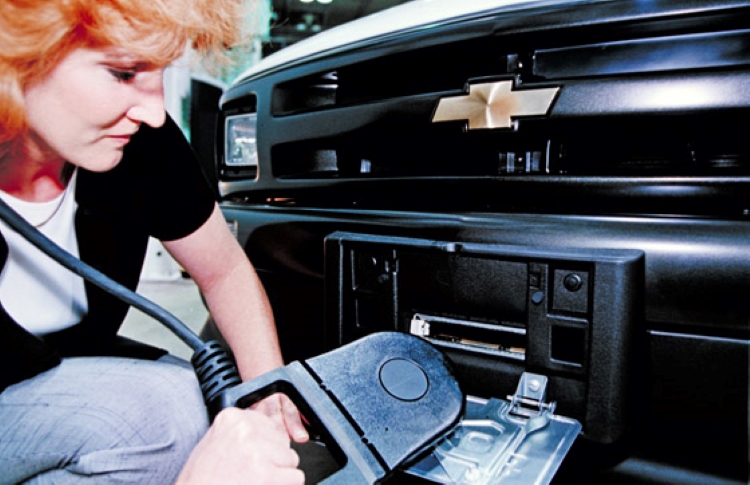 Tom Convey, a former GM engineer, used to own one of the trucks (along with a handful of other GM engineering employees) and spoke glowingly of it for PickupTrucks.com’s 2012 article on it. Convey bought his truck from a utility company that put it up for sale after they were done with it and later sold the vehicle to a buyer in Minneapolis.

“The smooth, quick acceleration was like taking off in a light aircraft,” Convey said. “The sound of the gear whine reminded me of a turbine engine. If GM made a vehicle like that again, I’d buy it in a minute! I miss that truck!”

So while Ford, Rivian and perhaps Tesla may beat GM to market with a modern-day electric pickup, the Chevrolet S10 EV was first to the party. Ford also followed GM’s lead in the late 1990s, introducing a Ford Ranger EV on a lease-only basis between 1998 and 2002, before recalling the vast majority of them.