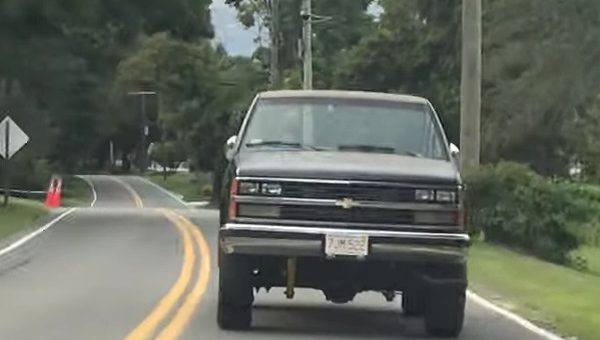 Few vehicles will cause passersby to stop and stare. This Chevrolet truck makes everyone stop and stare, and for good reason. That’s because its body is mounted backward on the frame. Let us explain.

In the video below, we see a Massachusetts local, known as Ron, driving his Chevy C/K 1500. The perspective in the video is the car that’s driving behind Ron, and, as you will see, they are looking at the front of the Chevy C/K. If you think you’re going crazy, watch at the 0:28 mark as Ron’s pickup passes another car on the opposite side of the road, as both are facing the same direction. 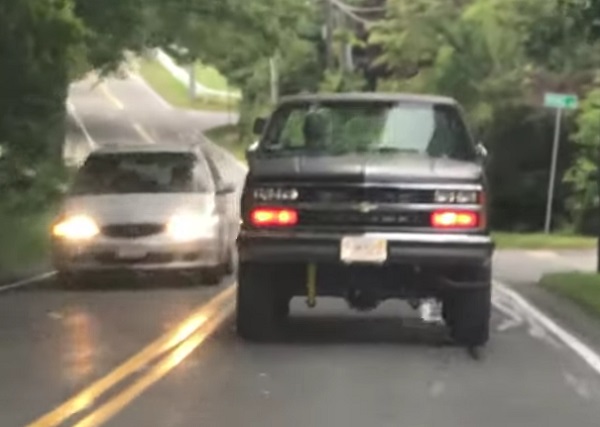 This Chevrolet truck is based on a GMT400 Chevrolet C/K 1500 from the early 1990s. The result of a four-year-long undertaking by its owner, the pickup appears completely original on the outside. But when you look inside, you’ll notice that the interior and all the controls, like the seats, steering wheel, dashboard, and instrumentation, have been flipped around so it can drive like a normal truck… or as normal as this Chevy truck can be. 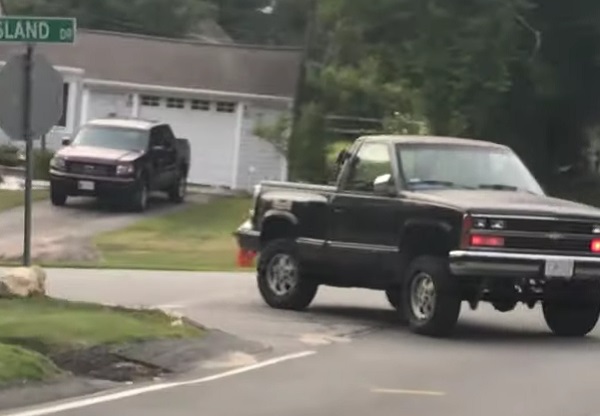 Amusingly, the video notes that this Chevrolet truck conversion has passed the Massachusetts state vehicle inspection process. Part of that inspection is a brake and light test, which is no problem for Ron’s truck because the front turn signals now serve as brake lights and taillights, while the taillights have been modified to work as headlights.

The video concludes with Ron turning into a cul de sac, with the front wheels, now located under the bed, steering just like any other truck. Nothing unusual to see here, folks…. carry on.