Corvette Racing is preparing to race at Laguna Seca for the 21st consecutive year this weekend as the IMSA WeatherTech Sportscar Championship descends on the wine country raceway for the second-to-last round of the 2019 season.

General Motors‘ factory race team first started racing back in 1999, which means it hasn’t gone even one year without visiting Laguna Seca. In its 21 appearances at the track, the team has taken eight class victories, accumulating nearly 12,000 racing miles and more than 5,300 racing laps in the process.

The last time Corvette Racing stood atop the podium in Monterey was in 2014, when Tommy Milner and Oliver Gavin stormed to victory after also winning the event the year prior in 2013. Magnussen and fellow Corvette Racing driver Oliver Gavin are also tied for second on the all-time wins list at Laguna Seca with four apiece. 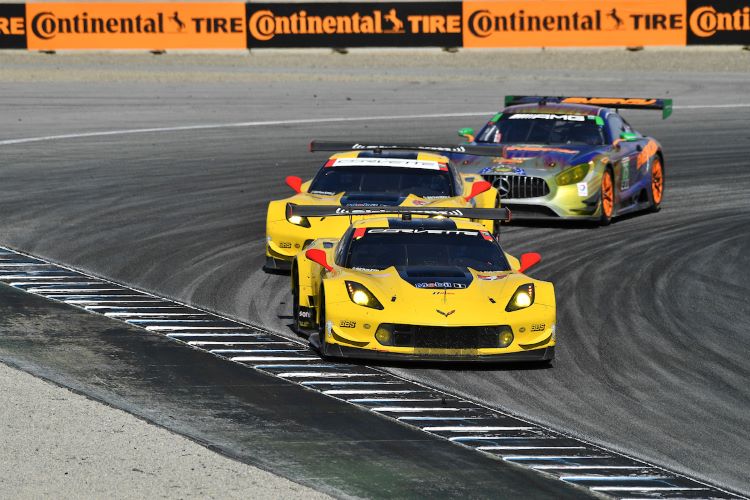 “I’ve been coming to what’s now WeatherTech Raceway Laguna Seca for quite a long time and been fortunate to win four times there,” Gavin said. “It’s a track that has a lot of history not just in sports car racing but many other forms of motorsport. Practically everyone knows of Laguna Seca and the Corkscrew, so we are lucky each year to compete there. It’s down to the final two races of the season and all of Corvette Racing want to end the season strong. A victory here this weekend would give everyone here a lot of satisfaction heading to Road Atlanta.”

Laguna Seca is actually one of three tracks Corvette Racing has visited every year since its inception – the other two being Road Atlanta and Sebring. It will have plenty of data to rely on come Saturday and Sunday, but it will still need to execute perfectly if it wants to take that elusive 100th IMSA victory. 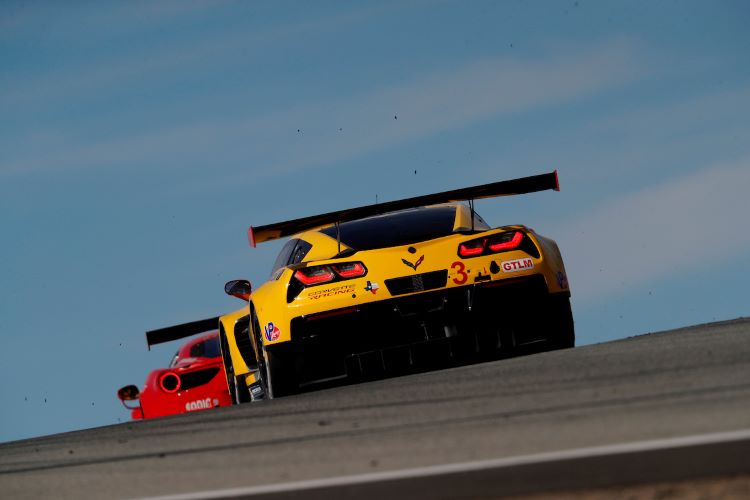 Corvette Racing will also be hungry for a good result this weekend as Magnussen and Garcia are currently locked in a championship title fight with Porsche drivers Earl Bamber and Laurens Vanthoor, along with their teammates Nick Tandy and Patrick Pilet. Bamber and Vanthoor are first in the IMSA GTLM driver’s standings with 280 points, while Tandy and Pilet are second with 269. Garcia and Magnussen are third with 259.

The two hour and 40-minute IMSA Monterey SportsCar Championship powered by McLaren will go green on Sunday, September 15th. The race will air live at 3 p.m. ET on NBC and via the NBC Sports App, while live audio coverage will be available through IMSA Radio, Sirius-XM and Sirius Online.

Let’s hope Corvette Racing’s weekend ends better than the infamous 2009 race, when Magnussen and Porsche driver Jorg Bergmeister got into it after a thrilling wheel-to-wheel battle, ending with Magnussen in the wall.