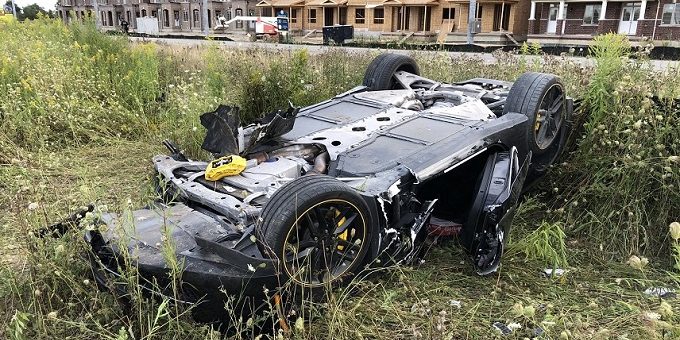 The Chevrolet Corvette is a great driving sports car: you know it, I know it, we all know it. However, with great power comes great responsibility. For the outgoing C7 Corvette, even the least powerful variant – the Stingray – produced 460 horsepower (when equipped with the optional Z51 package), making the Chevy sports car capable of sub-four second 0-60 acceleration runs. That’s fast.

Unfortunately, the old adage that “money can’t buy talent” continues to ring true to this day, as this recent Corvette C7 crash serves to prove. In this case, the subject of the crash is a black C7 Corvette Stingray that seems to be equipped with the Z51 performance package, based on the bright yellow brake calipers hanging off the tattered remains of the wreckage. Unfortunately, those high-performance brakes weren’t enough to halt this Corvette from crashing and flipping. 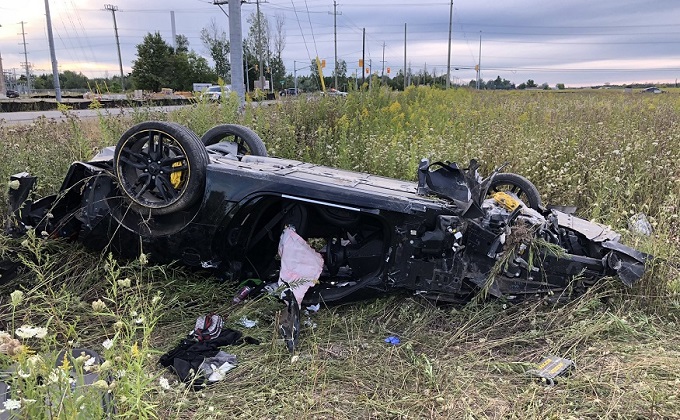 The crash reportedly took place in Brampton, Ontario, Canada. Locals contacted the police about a vehicle rolled over in a ditch near the intersection of Chinguacousy and Mayfield Road. Emergency services arrived on the scene and found the vehicle, but no driver or passengers. Following a rescue search, the driver, a 38 year old man, was found and arrested just over a mile away from the accident. He is being charged with dangerous driving and failing to remain at the scene of a collision.

Fortunately, the driver appears to have sustained no serious injuries from the collision, a testament to the safety and engineering behind the Corvette. Police are conducting an investigation into whether or not the driver was impaired while behind the wheel. 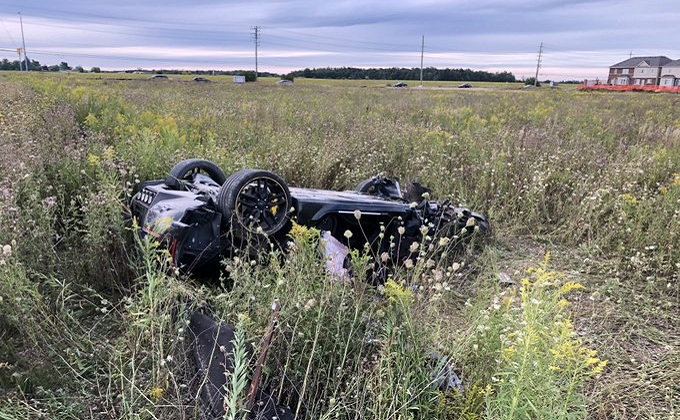 While the driver may not have sustained any physical injury, he has been the recipient of some sick burns, chief among which was an online comment exclaiming that the driver has “… got the money, yet not the driving skills.” Like we said, money can’t buy talent.