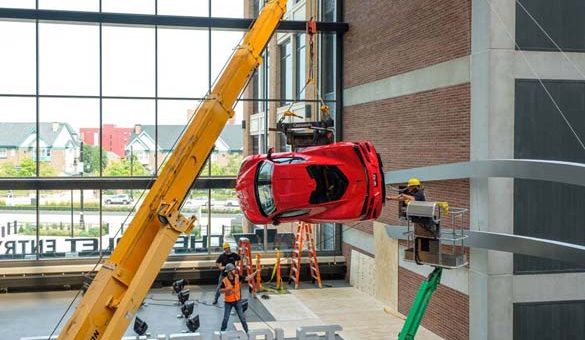 General Motors has hung a 2020 Corvette Stingray from the wall at Little Caesar’s Arena in Detroit to promote the arrival of the game-changing new sports car.

Detroit Red Wings and Detroit Pistons fans, along with concertgoers and other event attendees, will be able to catch a glimpse of the 2020 Corvette Stingray wall art hanging above the arena’s Northeast entrance to Woodward Avenue. The Torch Red 3LT trim ‘Vette is mounted on its side on the wall, giving arena patrons a unique angle of the first-ever mid-engine production Chevrolet. 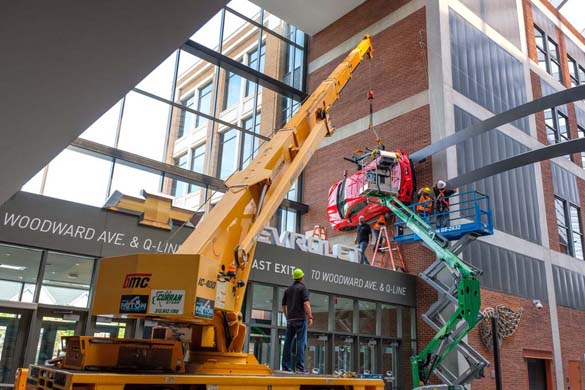 Corvette product manager Harlan Charles, along with Corvette engineer Ed Piatek, were both present to pull the cover from the 2020 Corvette Stingray and watch as workers mounted the vehicle to the wall. The Corvette displayed is actually a development mule, like the one Chevy donated to the National Corvette Museum, and was originally finished in black and covered in camouflage. It was then repainted Torch Red before being retired to the Little Caesar’s arena wall. This same car was also featured on a rotisserie display at the Corvette C8 debut event in California in order to show its under body – so it’s used to being tipped on its side. 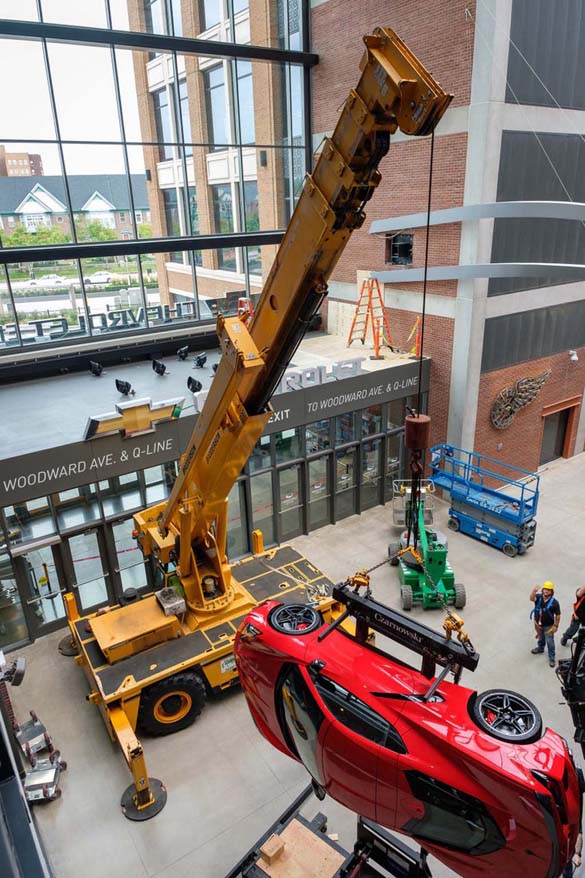 According to Autoblog, the vehicle was mounted 22-feet above the ground in the arena using a boom lift, a scissor lift and a crane. It sits above a Chevrolet-branded stand with digital screens, which features two large sculpted metal stalks jetting out from it and toward the Corvette. The Corvette also has a license plate reading “PWR PLAY” as a reference to the Red Wings. If you’re not a hockey fan, a power play is when the opposing team is a man down due to a penalty, giving the other team an advantage. 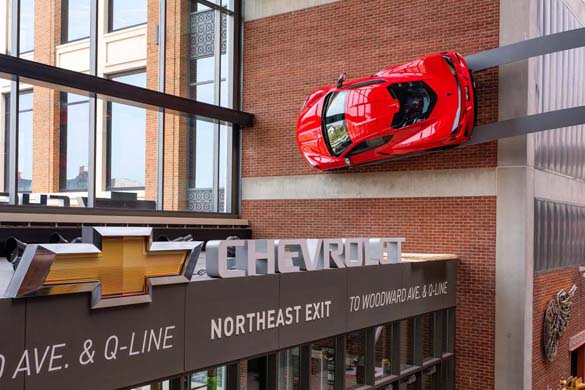 The Detroit Red Wings season will kick off officially next month, with the team season opener set for Saturday October 5th at Nashville.