For anyone who’s ever dreamed of owning their very own giant battle mech robot (honestly, who hasn’t?), check out what was just listed for sale on eBay without reserve. Dubbed Eagle Prime, this all-American metal mother trucker sports the heart of a Chevrolet Corvette, heavy-duty tank treads, and an arsenal of swappable weapon attachments. No, seriously.

First, a few specs: Eagle Prime weighs 15 tons, and ranges between 11.5 feet in height when squatting and 16 feet when standing. The robot uses a complex hydraulic system to move, and open-source Java codebase software for the brain, with two pilots required in the cockpit. As for power, Eagle Prime is equipped with the 6.2L Small Block LS3 V8 engine, the same engine found in the Chevrolet Corvette and Chevrolet Camaro. Output is rated at 430 horsepower. Eagle Prime was constructed by MegaBots, Inc. at a cost of $2.5 million, and rose to fame in a giant robot duel with the Kuratas giant robot from Suidobashi Heavy Industry. Unfortunately, MegaBots, Inc. went bankrupt and must now sell the Chevrolet Corvette-powered Eagle Prime.

To help promote the auction and explain a little about the robot itself, MegaBots, Inc. posted a video on YouTube that lays out all of the robot’s various idiosyncrasies, which, considering this is a one-off prototype, are relatively minor. It’s pretty simple stuff, like the tank tread life expectancy and what to do about the occasional hydraulic leak. What’s more, the Chevrolet Corvette engine needs the occasional oil change, too. The auction also includes a number of weapon attachments for the robot, such as:

The video includes a breakdown of operational costs for anyone interested in using Eagle Prime to make a profit via event appearances.

While it’s a shame to see MegaBots fold up shop, we’re amazed this robot got created at all. And with a Chevrolet Corvette engine onboard, we can’t help but feel at least a little personal investment in it. 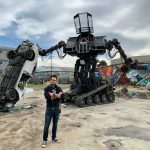 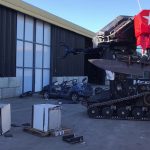 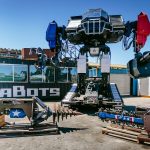 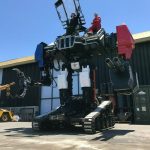 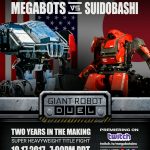 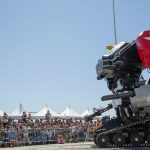 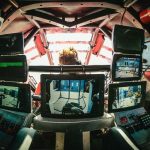 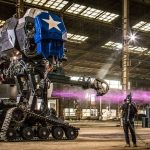 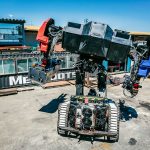 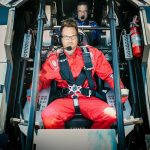 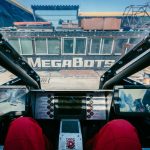 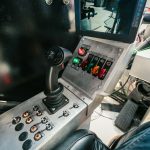 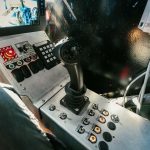 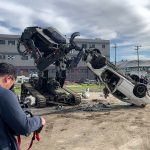 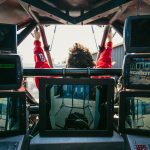 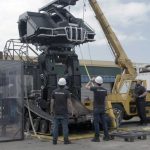 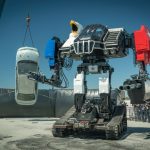 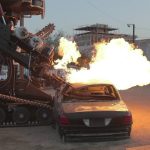