Gender reveal parties are pretty popular these days, with friends, family and expectant parents collectively learning the sex of a baby in some elaborate fashion. For example, some gender reveals use party poppers with a specific color, with blue for a boy, or pink for a girl. However, when it comes to us gear heads, there’s really only one way to do a proper gender reveal – mash the throttle for a smokey burnout, as demonstrated by this Chevrolet Caprice in the following gender reveal video.

The video comes to us from Urbana, Illinois, where excited partygoers watch on as Cameron O’s Chevrolet Caprice smokes the meats before busting a pigment-filled bag, revealing the baby’s gender. The burnout takes place on what appears to be a residential street, but, as Cameron tells us, it was all legal, with permission granted by none other than the town mayor. An off-duty police officer was in attendance as well.

Speaking of law enforcement, the car in question is a 2013 Chevrolet Caprice Police Pursuit Vehicle (PPV), which Cameron retrofitted for civilian use. The car sports a number of performance upgrades, including a BTR Stage 2 cam, full header-back Borla exhaust, and cold air intake, with tuning performed by Rick Crawford. There’s also upgraded wheels and brakes from a Chevrolet SS sedan. 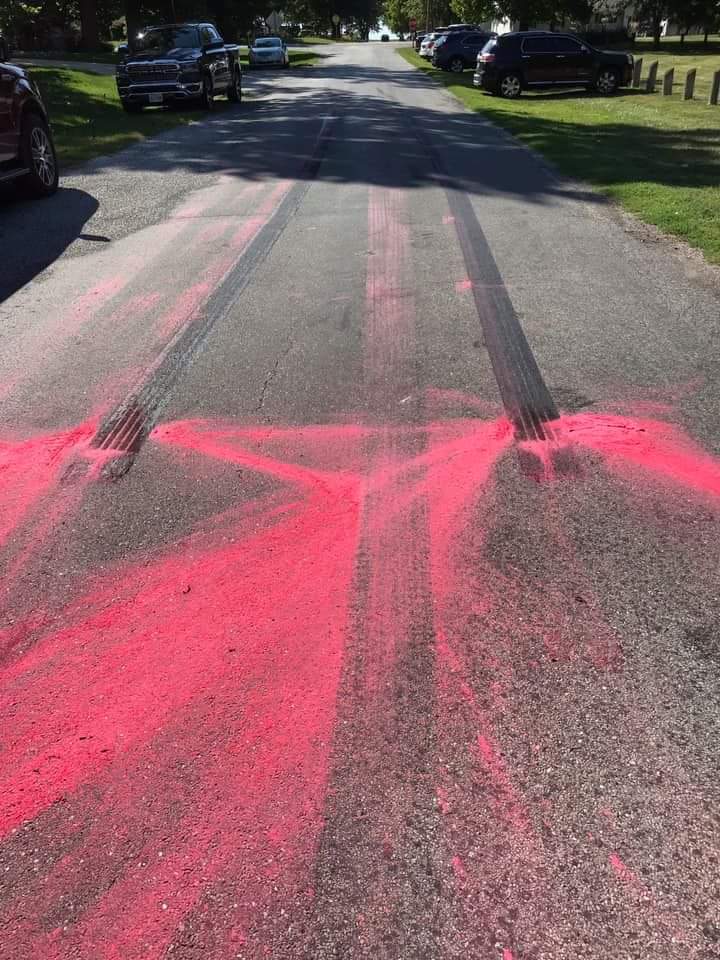 All told, this thing sounds amazing, as it should – given that this Chevrolet Caprice is equipped with the atmospheric 6.0L L77 V8, although the Caprice PPV was also offered with the 3.6 V6 LFX as well. GM imported the Holden Caprice PPV from Australia between 2011 and 2017, and only offered it as new for police customers under the Chevy badge.

Back to the gender reveal party – it was aptly themed “Bows or Burnouts”, and we wish to extend a huge congrats to the parents.