The old adage that “there’s no replacement for displacement,” appears to be an adage that YouTube personality Garrett Mitchell, known online as Cleetus McFarland, has taken to heart. Mitchell recently acquired a 1991 Chevrolet Camaro which was set up for drag racing and had a 468 cubic-inch (7.7L) big block Chevy V8.

Shortly after purchasing the car, the engine failed, leaving Mitchell with some decisions to make. Well, he decided to go big. Actually, he decided to go as big as possible, purchasing a 632 cubic-inch (10.3L) tall deck block racing engine from Blueprint Engines. This “Eliminator” series engine is rated at 800 horsepower and 750 pound-feet of torque out of the box, all-motor. The Eliminator, which retails for $11,999, is also designed for a power-adder, which could mean either nitrous, or boost. 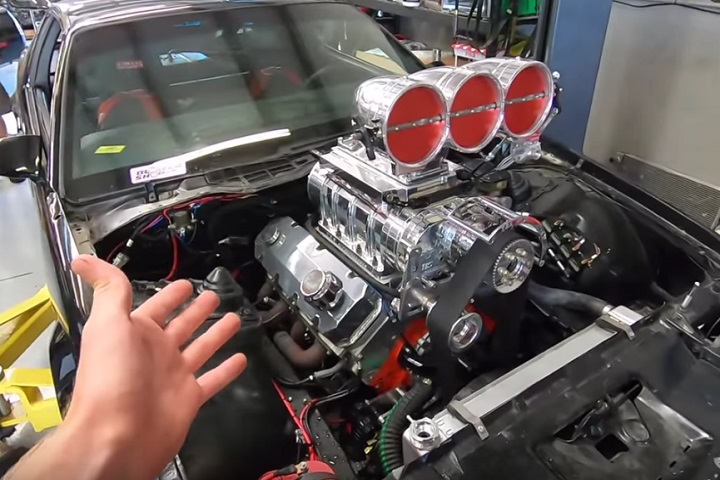 Mitchell recently unboxed the engine, with the package contents including a dyno chart showing the beastly motor producing 816.8 horsepower and 769.2 pound-feet of torque on an engine dyno, which is usually measured without the mechanical drag of a transmission. The engine appears to make peak torque at 4,500 RPM and peak power at 6,200 RPM. Of course, this is relative, because looking closely at said dyno chart, the engine produces over 700 pound-feet of torque at just 3,000 RPM, which sounds more than sufficient. Keep in mind, this is an engine designed for a power-adder, and that power figure was done all-motor. Once boost is added, the sky is the limit, especially with that much displacement and resulting ability to flow.

Fast forward to now and Mitchell not only has the monster motor installed in his third-gen Camaro, but he also has the supercharger in place, which means it’s time to fire it up and take it out for a spin. After a few attempts, the blown big block fires right up, and it sounds mean at idle. Astoundingly mean. The combination of a healthy-sized cam specced for boost, the blower and a slight lean initial fuel setting on a newer engine will do that. 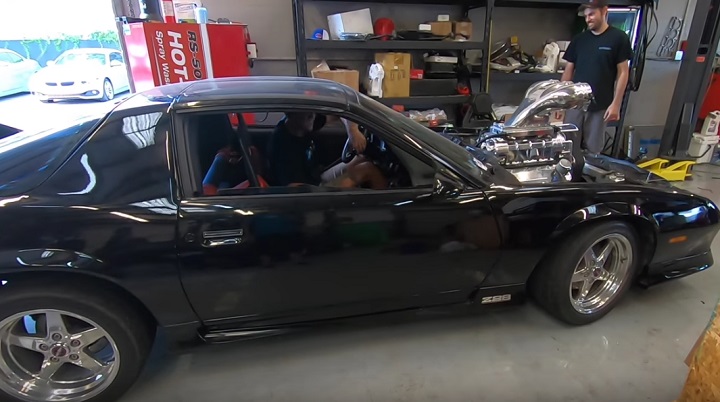 After some tinkering with the car, it’s time to go for a test drive, and this is where a bit of comedy ensues. As Mitchell tries to put the Camaro in gear and reverse out of his workshop, the combination of the drag from the transmission being in gear, the massive lope of the cam, and the blower surge, causes the Camaro to stumble violently as it alternates between nearly stalling out and doing burnouts just trying to move.

A few minutes later, Mitchell has managed to back the Camaro out onto the road, with an in-car camera showcasing the violent rumble of the 632 big block. In Mitchell’s own words “it’s got a lot of idle,” which seems like an understatement. Once the big block gets going and picks up RPM, the motor really comes alive, sounding absolutely brutal. 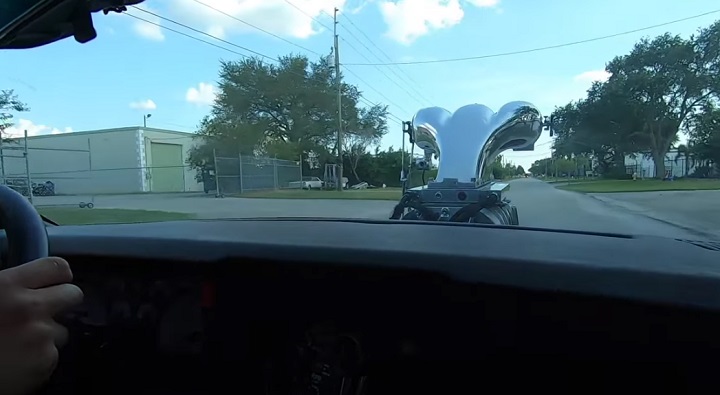 The test drive ends just after it starts, with the Camaro breaking up on the throttle. The diagnosis: it’s running pig rich and fouled the plugs. No matter, Mitchell and his crew have a bit more tuning to do, taking out fuel and timing to not get detonation. Only then it will really be time to party.