The popular driver’s No. 9 Chevrolet Camaro ZL1 will carry the white and pink Hooters paint scheme for the October 6 race as part of the restaurant chain’s “Give A Hoot” breast cancer awareness campaign. A special, limited edition line of Chase Elliott merchandise is also set to be released as part of the campaign, a portion of the proceeds from which will benefit The V Foundation for Cancer Research.

Hooters will auction off Elliott’s pink racing gloves and shoes after the race as well, with the proceeds from the auction also going to The V Foundation for Cancer Research. Hooters says it has so far donated $6 million toward the fight against breast cancer through the Give A Hoot fundraising platform.

More information about the Hooters #GiveAHoot campaign is available via the chain’s website. If you don’t want to purchase any Chase Elliott merchandise but still want to help the cause, you can donate online via the website, or add a donation to their Hooters food bill when at the restaurant. Hooters chains also sell pink bracelets and pink drinks and donates all proceeds  to the V Foundation for Cancer Research. 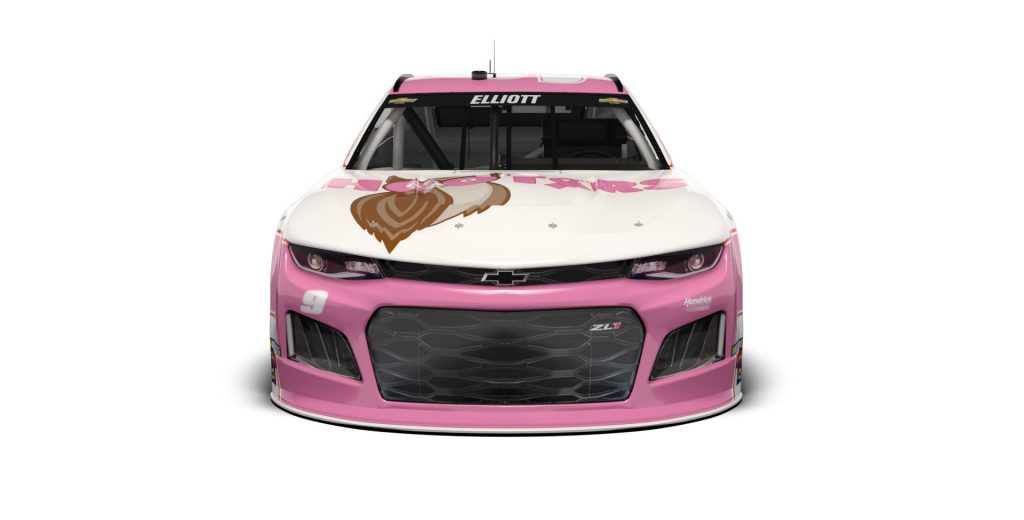 Elliott is seeded seventh in the 16-driver Monster Energy Series Playoffs, which are set to kick off this weekend at Las Vegas Motor Speedway. The 23-year old driver, who is the son of NASCAR legend Bill Elliott, is currently in his fourth full-time season with Hendrick Motorsports. He has two wins so far this year, one at Talladega and another at Watkins Glen, along with eight top fives.