Chase Elliott secured a win on Sunday in the No. 9 Chevrolet Camaro ZL1 at Charlotte Motor Speedway, despite crashing headfirst into the barrier at Turn 1 a full 65 laps into the race. Temperatures were running high on the hybrid oval/road course, but Elliott persevered all the same, clawing his way to his third win of the year.

“What a day!” Elliott exclaimed after exiting the No. 9 Chevrolet Camaro. The Hendrick Motorsports driver led for 35 laps, and despite heading straight into the barrier on Lap 65, his efforts placed him back in the lead with just six laps left before the checkered flag. 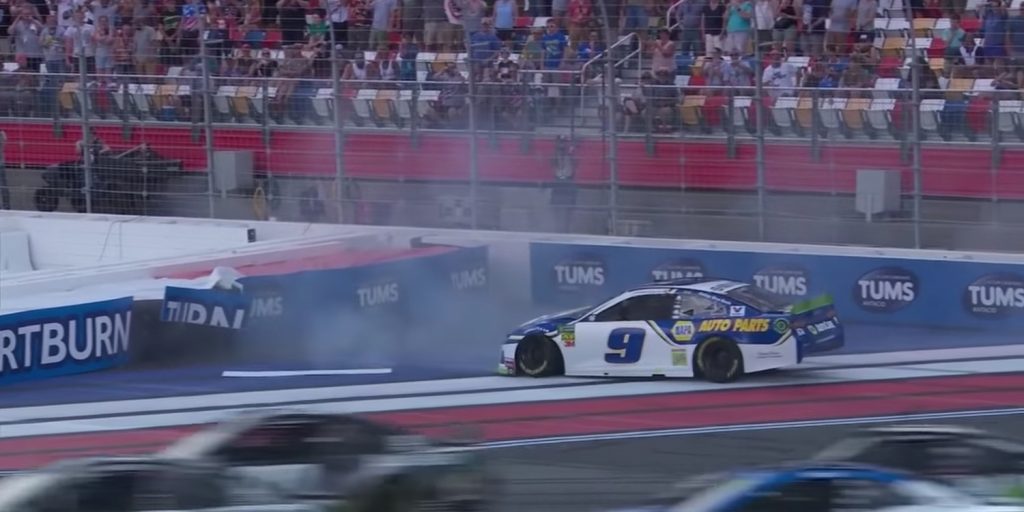 The No. 9 Chevrolet Camaro in the barrier on Lap 65

“I couldn’t believe I did that,” Elliott said, referring to his off. “That was just so stupid. I don’t know that you could have done anything more stupid leading this race than what I did right there. Luckily our car wasn’t too bad … fast enough to drive up through there, got cautions at the right time, and just didn’t quit.”

“If there’s ever a lesson to not quit, today was the example,” he added. Elliott celebrated the win by performing a burnout on the barrier where he crashed. 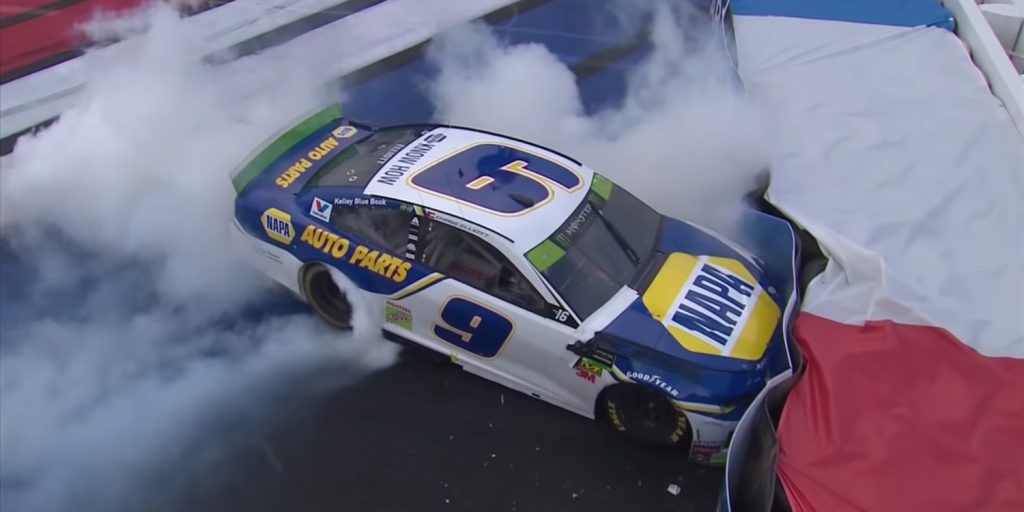 As NASCAR’s first elimination race of the playoffs, four drivers failed to move on after Sunday’s race.

Bowman was very nearly one of those eliminated, crashing at the end of practice on Saturday, followed by a spin at the start of the race on Sunday and an on-track spat with Bubba Wallace to boot. Luckily for Bowman, Ryan Newman, who had the point advantage on Bowman, ended up missing a chicane in the final stages of the race, eliminating him from the playoffs.

Bowman needed medical attention after exiting his car, overheated and exhausted. As he sat by the No. 88 Chevrolet Camaro race car, Wallace approached and splashed a drink in his face, furious over the on-track incident.

Meanwhile, the championship hopes for Newman, Aric Almirola, Erik Jones and Kurt Busch are now at an end. 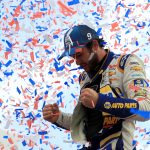 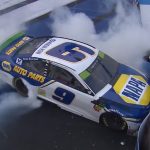 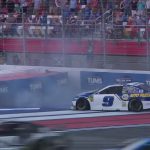 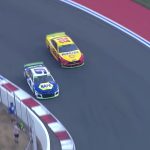