Temperatures were running high at Charlotte Motor Speedway this weekend, and so were tempers when the driver of the No. 43 Chevrolet Camaro, Bubba Wallace, threw a drink in the face of Alex Bowman immediately after the Roval 400.

Bowman and Wallace had multiple on-track incidents, including a bump on the first lap where Bowman carried too much speed into the back chicane and hit Wallace’s Chevrolet Camaro. In response, Wallace made several rude gestures throughout the race, with Bowman eventually spinning Wallace, putting him into the wall. 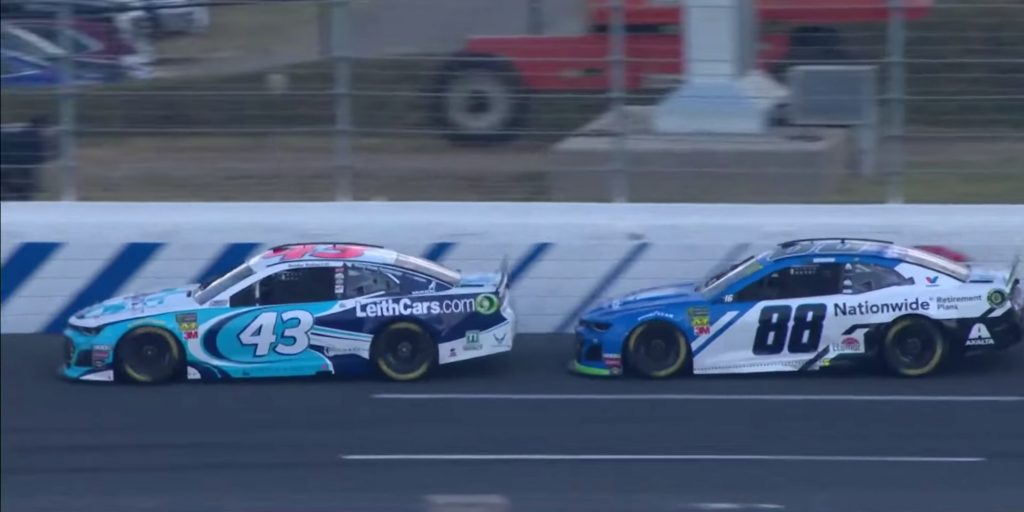 “I don’t know if he was made about the first lap or what but obviously, that was just a mistake. Then I got flipped over for every single straightaway for three laps,” Bowman said. “I got flipped off by him for three or four laps in Richmond so I was just over it. I gotta stand up for myself at some point, right? Probably wouldn’t have gotten wrecked if he had his finger back in the car.”

Following the race end, Bowman was receiving medical attention as he sat against the door of the No. 88 Chevrolet Camaro, exhausted and dehydrated from the race. That’s when Wallace walked up and confronted him.

After a brief exchange, Wallace ended up splashing his drink in Bowman’s face. 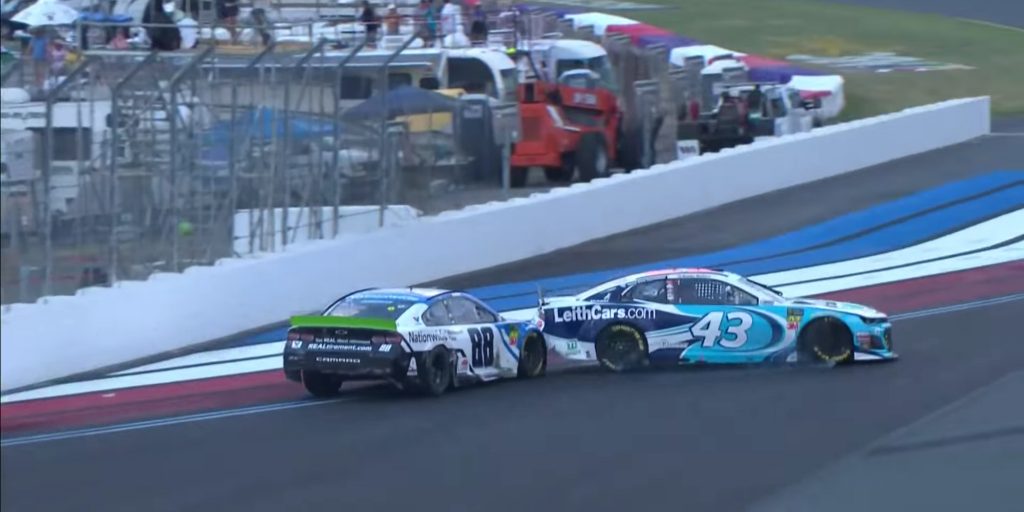 “He don’t like to race,” Wallace told NASCAR.com. “He just runs over everybody. He gets to Lap 1 and he runs over me and the 3 (Austin Dillon) into the back chicane. We’re back there in the trunk, man. Just take it easy for a lap. He had a fast car and he just runs over us. Shoot us through the chicane and then we get a penalty for it. Every time he gets to me, he just runs over me.”

“Smooth move of playing the sick card so I couldn’t bust him in his mouth,” Wallace added.

Bowman ended the day in second, while Wallace finished in 24th. 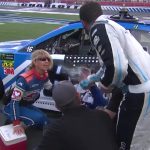 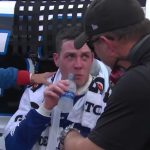 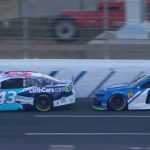 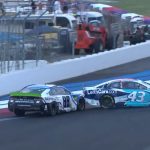 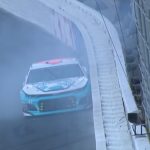