As we have covered several times over the past few weeks, the 2021 Chevrolet Equinox will bring about a refresh, otherwise known as a facelift, update or mid-cycle enhancement (MCE) for the current, third generation compact crossover. Now, we’re getting another look at the upcoming CUV’s front and rear fascias thanks to new spy shots.

This particular model featured here is either the LT or base trim level, as evidenced by the smaller wheels and tucked-under rear exhaust pipes. Previously, we examined the new 2021 Chevrolet Equinox Premier as well as what we believe to be the new-for-the-U.S. RS trim level. 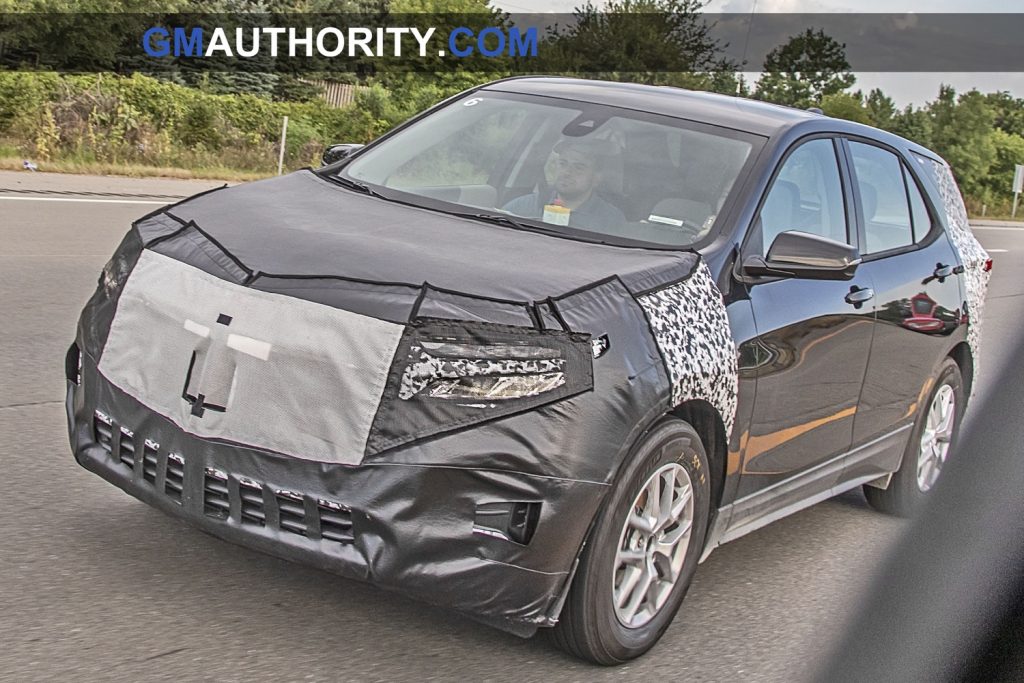 Highlights for the 2021 Chevrolet Equinox include an all-new front-end, which will adopt Chevy’s latest crossover design and styling language introduced on the new Chevrolet Blazer and Chevrolet Trailblazer crossovers, though the design of the refreshed ‘Nox probably won’t be as aggressive as that of the Blazer and Trailblazer.

The 2021 Chevrolet Equinox is also expected to offer a brand new two-tiered headlamp design, and although we can’t see under the camouflage, it looks as though the look incorporates a two-tier layout reminiscent of that in the new Blazer, though – once again – one that’s not quite as aggressive. As such, we’ve dubbed the new look “two-tiered lite.” 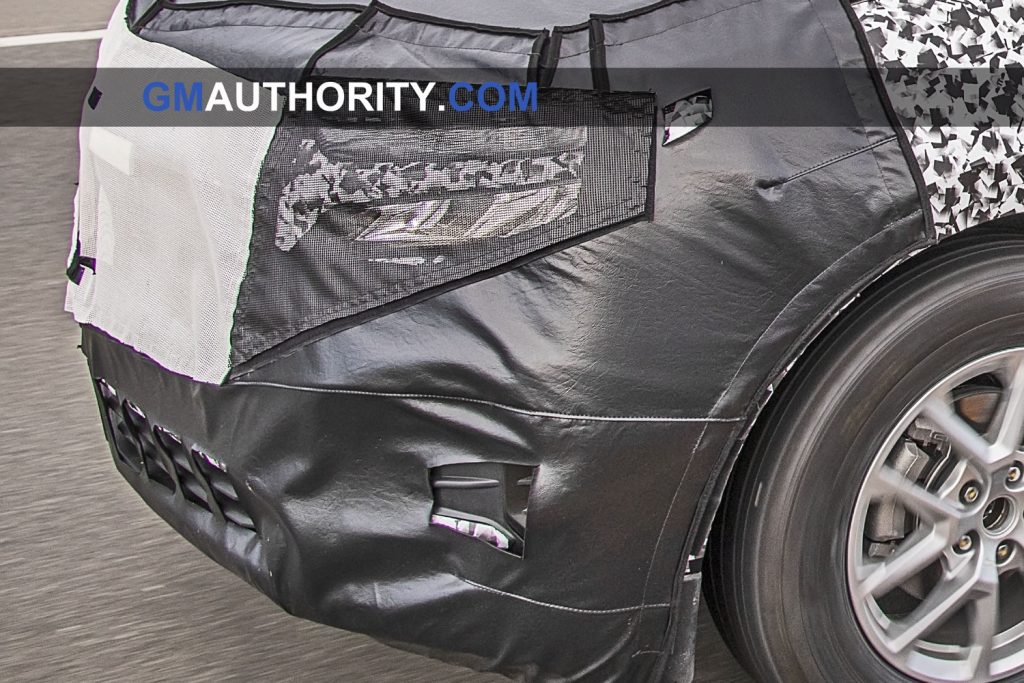 Other updates to the 2021 Chevrolet Equinox will likely include a new grille, as well as a forward-facing camera, as evidenced by the rectangular cutout at the bottom of the camo on the front grille.

The profile will go unchanged from the previous model. Out back, we will find a new set of horizontally-oriented tail lamps, with the lit-up graphic resembling the U-shaped elements of the new Blazer. 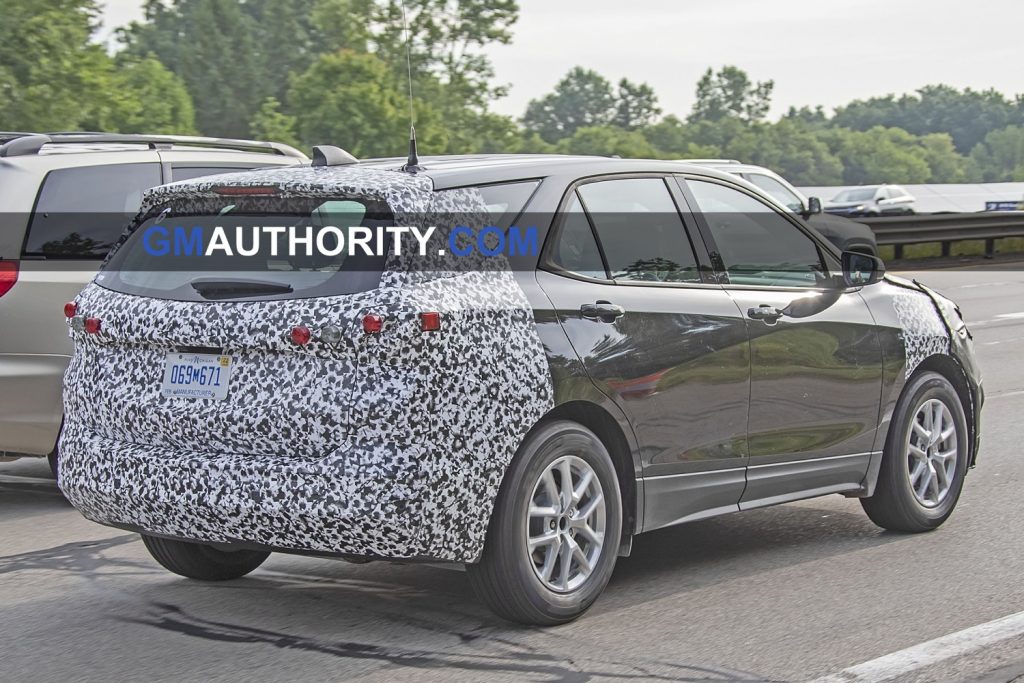 There could also be minor updates to the cabin and the introduction of more active safety features. The current, pre-facelift Equinox of the third generation already uses Chevrolet’s latest, third-generation infotainment technology, so we don’t expect many changes on the infotainment front.

The new Blazer will serve as the design inspiration for all future Chevrolet crossovers, including the refreshed 2021 Chevy Equinox

Under the hood, we expect the 2021 Chevrolet Equinox to offer a familiar line of turbocharged four-cylinder gasoline engines, including the 1.5L LYX four-cylinder and 2.0L LTG four-cylinder. Meanwhile, the 1.6L LH7 turbodiesel four-cylinder will continue to sit on the sidelines following its discontinuation for the 2020 model year. The GM nine-speed automatic transmission should replace the last-generation six-speed in lower-end trims, thereby becoming the only transmission in the compact crossover.

A rear three quarters view of the new Chevrolet Blazer

Rumors of a high-performance ‘Nox variant have also made the rounds as of late, although we have yet to find solid evidence supporting its development.

The Equinox has become the Bow Tie brand’s second best-selling vehicle in North America, just after the Chevrolet Silverado. As such, Chevrolet would be well-advised to keep it as fresh and attractive as possible for crossover-hungry consumers to scoop up by the boatload.