Earlier this week, Chevrolet officially confirmed that it will reveal the 2020 Corvette C8 Convertible on October 2nd, 2019. That news followed a teaser of the drop-top shortly after the reveal fo the 2020 Corvette Coupe. Now, with the October debut quickly approaching, Chevrolet is building hype with a new teaser video clip, which was recently posted to the automaker’s Twitter account.

The clip is brief, lasting just seven seconds start to finish. In addition to the Chevrolet Corvette logo and Corvette badging, the video shows a profile illustration of the 2020 Corvette Convertible, which shifts from a top-up to a top-down configuration. 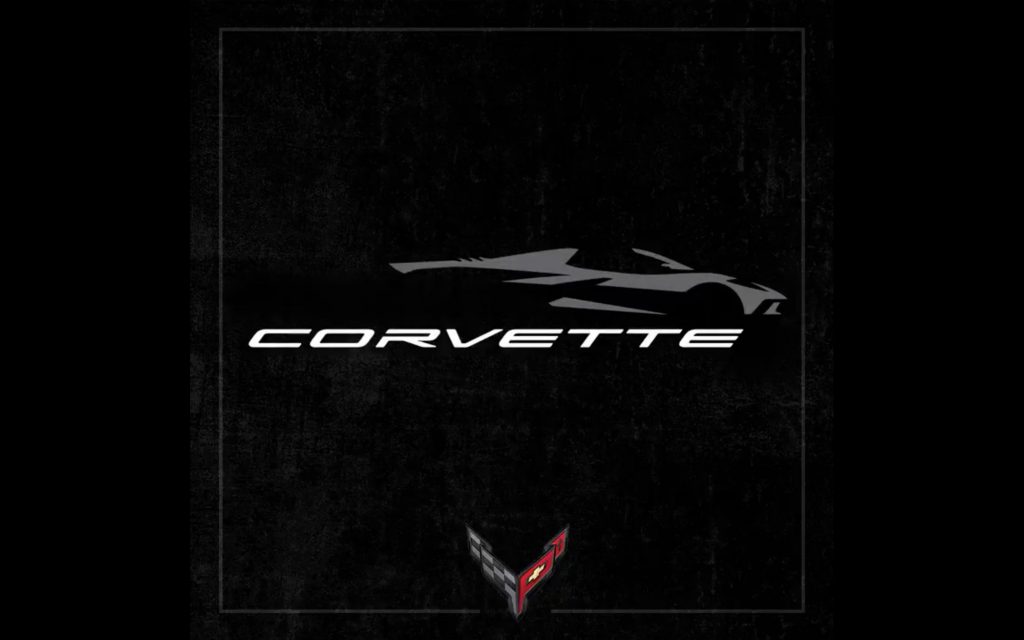 While we don’t get a look at the actual operation of the top, there is one very noteworthy detail worth pointing out. In the transition from top up to top down, three small ridges appear on the rear half of the vehicle that look very much like engine vent louvers.

While a small detail, this could be a preview of some kind of new venting system that activates when the roof is retracted. That would make sense, given the roof panel must slide back around the same space as the mid-mounted 6.2L LT2 V8 engine, thus necessitating some other method of keeping the naturally-aspirated Small Block cool. We’re eagerly awaiting the October 2nd reveal to see if we’re right.

For reference, the 2020 Corvette Convertible will feature a hardtop convertible design, as we confirmed previously thanks to a spied prototype model. The hardtop design is a major break from Corvette tradition, as all previous Vette ‘verts offered soft-top roofs. What’s more, we know the convertible model will be 60 pounds heavier than the C8 Stingray Z51 Coupe and 100 pounds heavier than the base-model C8 Stingray Coupe. What’s more, the new C8 convertible will offer a reshaped rear end as well as the Rear Camera Mirror feature, though it’s unclear what will happen to the Rear Camera Mirror when the roof is detracted.

The 2020 #Corvette Convertible will make its debut on 10.02.19. https://t.co/ODAhxIXTpo pic.twitter.com/0dGovQSULG

Check back in on October 2nd as we cover the reveal of the 2020 Corvette Convertible, slated to take place at the Kennedy Space Center Visitor Complex in Central Florida. Until then, make sure to subscribe to GM Authority for more mid-engine Corvette news, Corvette C8 news, Corvette news, Chevrolet news and around-the-clock GM news coverage.