The Corvette C8.R will be Corvette Racing’s new GTE entry that it will race in the IMSA WeatherTech Championship and in select FIA WEC events, including the 24 Hours of Le Mans. The new mid-engine layout should make the car better suited to the long straights of Daytona and Le Mans than the front-engine C7.R and will likely improve handling balance, too. It will race against other mid-engine entries like the Ferrari 488 GTE and Porsche 911 RSR. 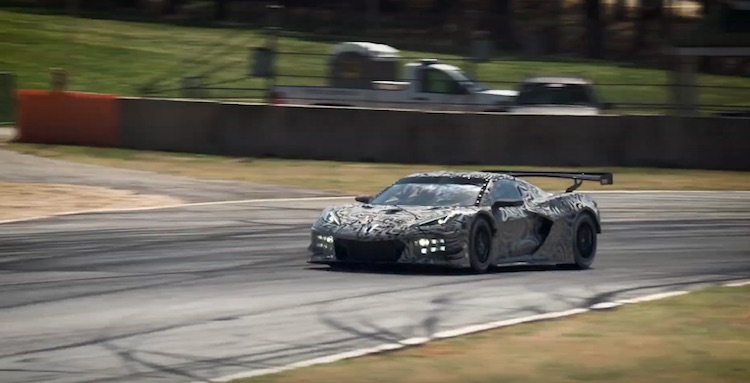 A spy video taken under the cover of darkness at Sebring International Raceway late last year revealed the C8.R would have a high-pitched exhaust note that is very different from the thunderous boom that currently comes from the C7.R’s 5.5-liter Small Block V8. The engine sounded similar to other small displacement, turbocharged V8s like the 488 GTE’s and is very likely a race-ready version of the twin-turbocharged LT7 motor that will be found in the C8 Corvette Z06.

This new video from GM also features sound and video clips of the high-pitched race car, which appear to have been taken during a test day at Road Atlanta. We even get a look at the race car’s cockpit, which features a similar steering wheel and digital dash display as the C7.R and a similar driver’s side crash structure. Another neat touch is the rather small carbon air intake that jets out from the engine cover, aiding the large side intake vents in cooling the twin-turbo V8. 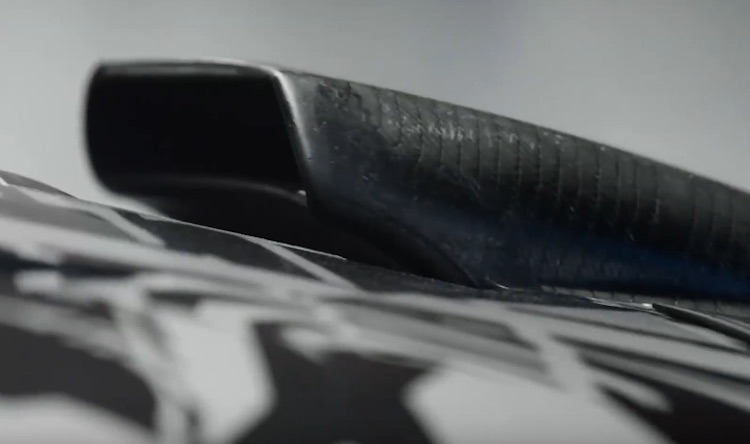 Readers of this site will probably already know this, but the C8.R isn’t the first mid-engine Corvette race car – though it will be the first run by Corvette Racing. First there was the Corvette GTP, which was built for IMSA’s American Grand Touring Prototype regulations, followed by the Corvette Daytona Prototype. Both of those cars were built for prototype regs, obviously, whereas the C8.R will be a GT car. 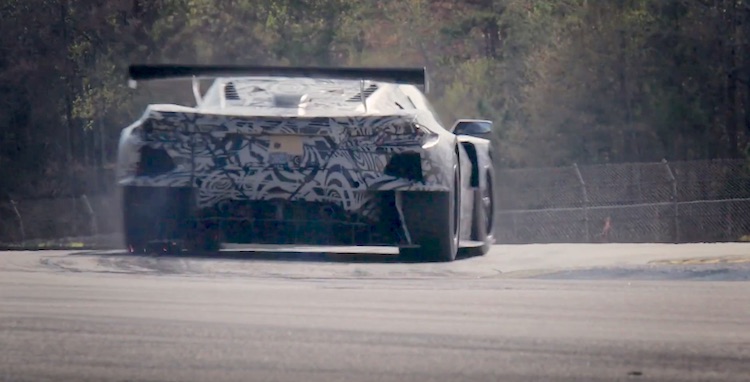 GM’s email attached to this video indicated the Corvette C8.R would make its debut this fall. Its first race will likely be the 24 Hours of Daytona in late January.