The electric Camaro eCOPO that Chevrolet debuted at the 2018 SEMA Show will be auctioned off this month.

Auction company Russo and Steele has listed the fully electric Camaro dragster under the lots for its upcoming Monterey, California sale and confirmed to Fox News that the vehicle would go under the gavel at the event. It also confirmed that General Motors is the consignor of the vehicle. 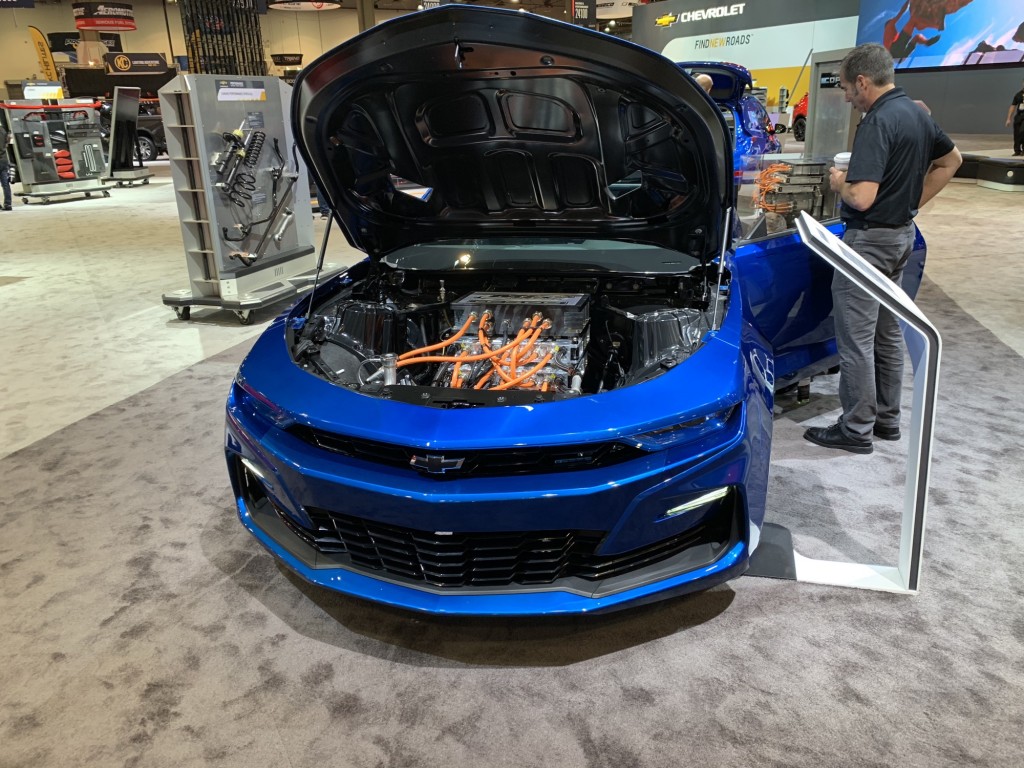 Additionally, the eCOPO is being offered with an undisclosed reserve price, so if that price isn’t met, the car will stay in GM’s possession. Russo and Steele estimates it will fetch between $425,000 and $525,000, but admitted to Fox that it was difficult to determine its true value due to its uniqueness.

The eCOPO is the first and only fully electric Camaro that GM has built. It was never intended to preview a production model and instead served as a technology showcase for the automaker, which is beginning to invest more capital into EVs and wants to offer electrified vehicles of all types going forward. 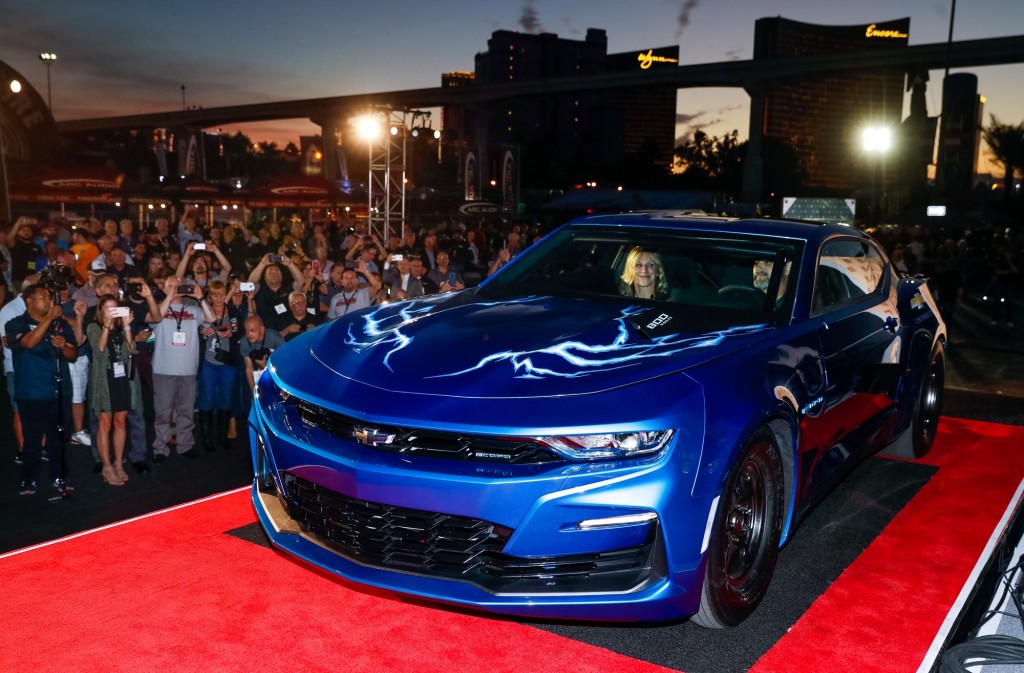 The Camaro eCOPO has a rear-wheel drive, dual-motor electric powertrain that is good for over 700 horsepower. Earlier this year, GM achieved its goal of breaking into the nine-second range with the car, posting a 9.837 pass at 134.07 mph at Auto Club Speedway in California. As an added bonus, the eCOPO can also pull massive wheelies thanks to its torquey motors and rear-mounted batteries.

GM hired drag racing team Hancock and Lane to perform test and demo runs in the car. It seems open to providing factory support to any other teams that are interested in actually putting it on track, as well, with Russo and Steele’s ad saying GM support and training is available for running/servicing the vehicle. 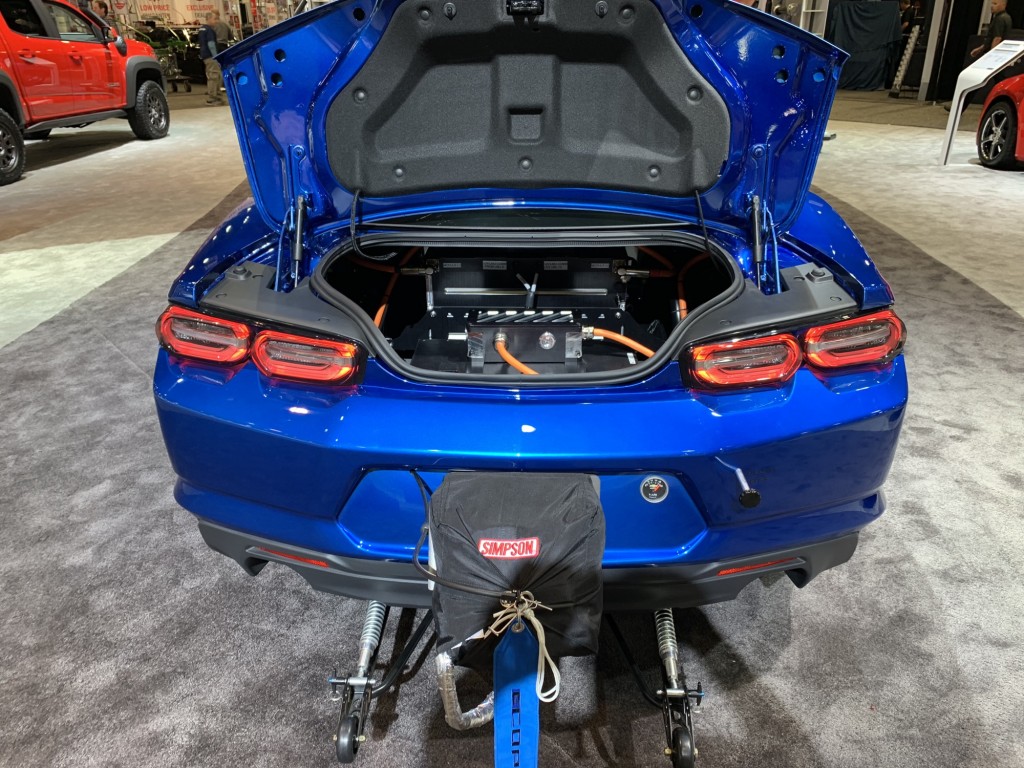 While the Camaro eCOPO as never intended for production, GM hinted that it could offer a powerful electric powertrain similar to the eCOPO’s as a type of crate motor for racers, restorers and enthusiasts.

Click here to view Russo and Steele’s listing for the electric Camaro eCOPO. It will cross the auction block on Friday, August 16, 2019.