Team Penske, Will Power and Chevrolet were victorious at the infamous Tricky Triangle once again this Sunday, winning the rain-shortened ABC Supply 500 in dominant fashion.

Power’s victory marked the 13th consecutive season that the Australian native has won at least one American open wheel race – starting with the 2007 Champ Car World Series season. It was also his third career win at the 2.5-mile Pocono track. 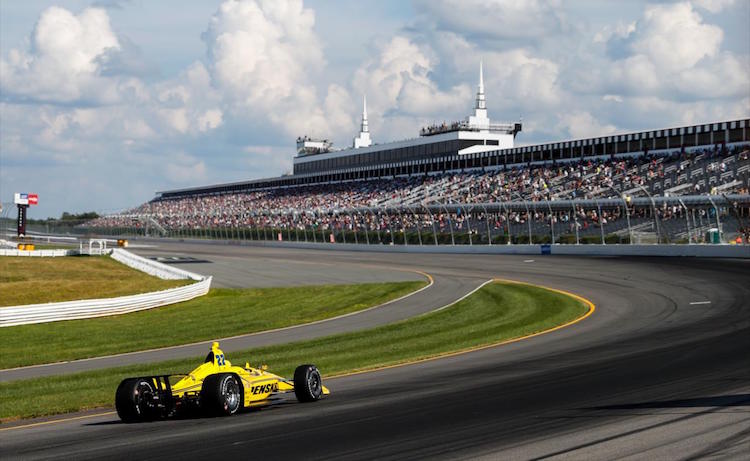 The safety of the racing at Pocono was once again called into question after a massive opening lap wreck involving Sato, Ryan Hunter-Reay and Alexander Rossi, with Sato making contact with Rossi and taking out several cars.

Schmidt Peterson Racing driver Robert Wickens was paralyzed in a wreck at the track last year after his car was pitched up into the catch fence and was sent into a violent spin.

“My view is this is ridiculous,” Hunter-Reay said after climbing from his battered Honda. “Thank God everybody is alright. I thought everybody learned their lesson last year at the start of a 500-mile race. I had a nice, clean run on Rossi and was three-quarters past him, then all of a sudden, I was backwards and saw myself hit the inside wall, then I saw the field coming at me in traffic.”

“It’s so unfortunate. It’s the start of a 500-mile race. I was minding my own business and here I am talking to people outside the Infield Medical Center,” the series veteran added. 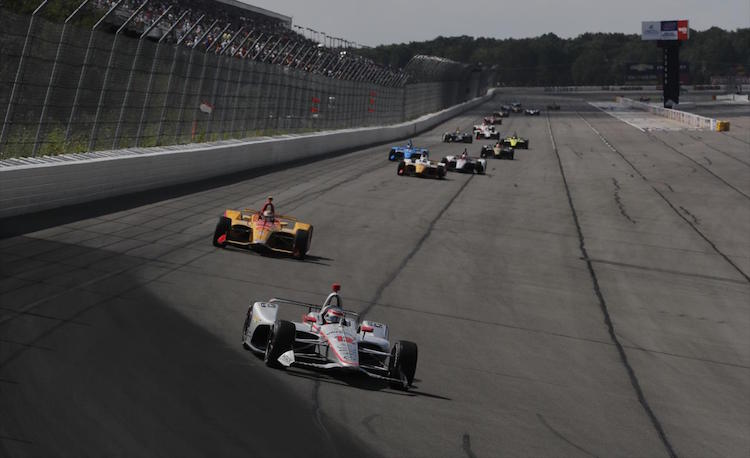 With Rossi crashing out early, Team Penske’s Josef Newgarden, who finished fifth, was able to extend his championship points lead over Rossi to 35 points (535 to 500). His Team Penske teammate Simon Pagenaud sits third with 495 points, while Chip Ganassi Racing’s Scott Dixon is fourth at 483.

The 2019 NTT Data IndyCar season will continue next weekend when the series heads to Gateway for the Bommarito Automotive Group 500. Click here for full results from Pocono.