A pre-production 2020 Corvette Stingray was involved in an accident on CA Route 120 near Yosemite, California over the weekend, marking the first known crash of the Corvette C8 on public roads.

A video taken at the scene of the accident shows a 2020 Corvette Stingray with heavy front end damage facing the opposite direction in the right-hand lane, while a Ford Ranger, also with front end damage, sits parked off to the side of the road. 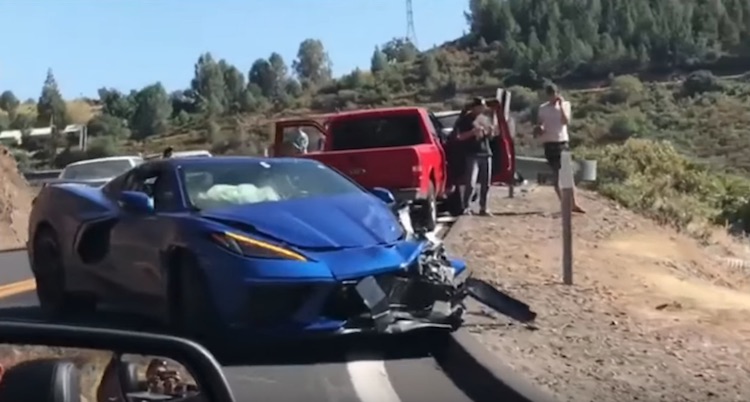 It’s worth noting the Corvette has left front damage, whereas the Ranger has right front damage. Witness accounts of the crash allege the two vehicles clipped each other on the narrow, twisting canyon road, and while it’s not clear how accurate these reports are, the crash damage on both vehicles appears to support this recollection of events.

The Corvette C8 in question was wearing a Michigan manufacturer’s plate. That means this car belongs to GM and probably had an engineer, executive or another company employee behind the wheel. It also appears to have a GoPro-style camera attached to its roof, though it’s highly unlikely that we’ll ever see the footage from the crash – assuming it was rolling at the time. 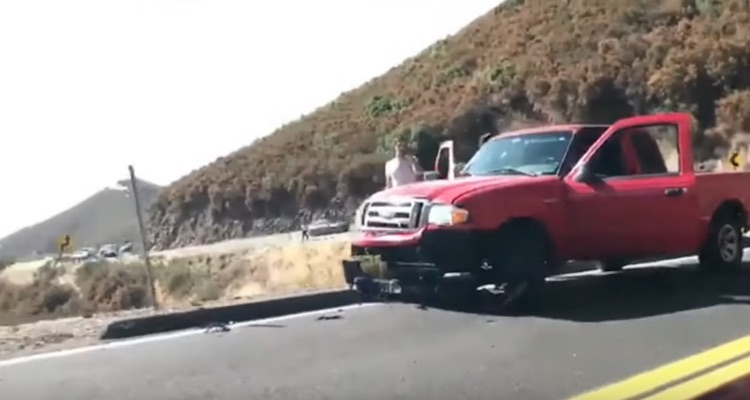 It’s unfortunate to see this crash, but accidents happen – especially when you have a myriad of prototypes driving on public roads all over the country each and every day, as the Corvette engineering team currently does.

Readers of this site may recall seeing a Camaro ZL1 1LE prototype slam into a wall at the Nurburgring a few years back. Chevy also crashed the C7 Corvette Z06 on two separate occasions when gunning for a Nurburgring lap time with the car. That said, this crash is a bit scarier than those other testing accidents, as it occurred in public and involved a civilian vehicle. 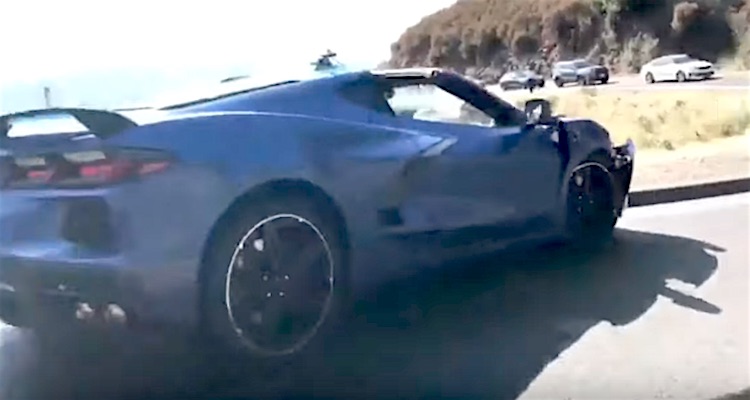 It’s not yet clear if anyone was injured in the accident.