A Japanese driver in a Japanese-powered car narrowly beat an American driver in an American-powered car to win Sunday’s Bommarito Automotive Group 500 from Gateway – with Takuma Sato and Ed Carpeneter putting on a thrilling show with a memorable late-race dash to checker.

The victory was redemption for Sato, who just a week prior was criticized by some of his IndyCar peers for his role in a scary opening-lap wreck at Pocono. It was also a rather unexpected result, with the Rahal-Letterman-Lanigan driver dropping to last place on the opening lap after making slight contact with Andretti Autosport’s Ryan Hunter-Reay. 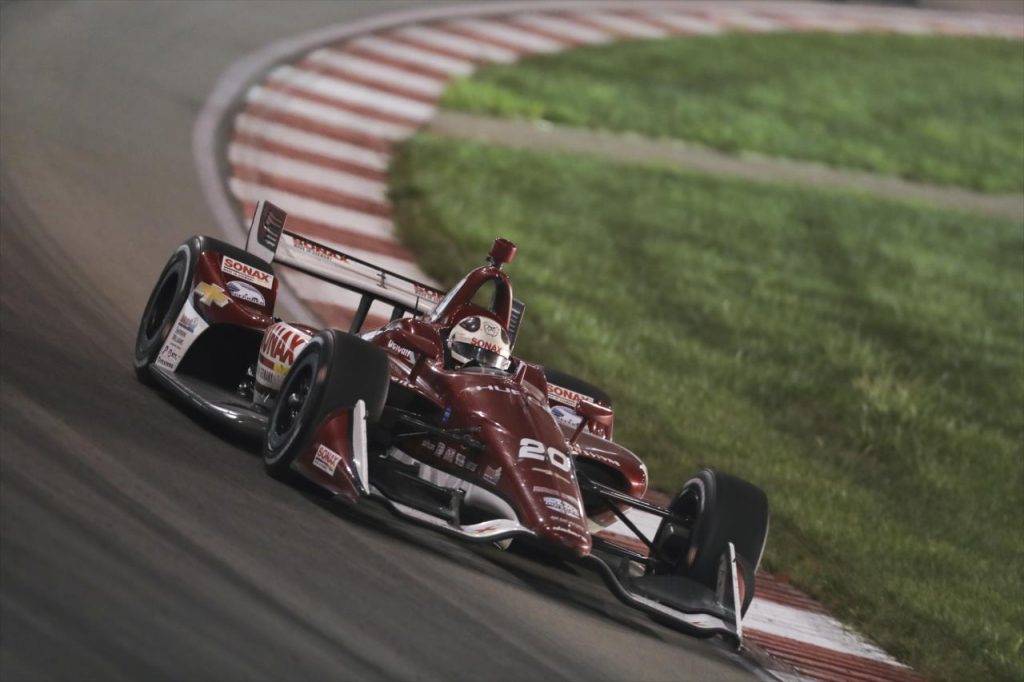 Sato only came into play after Dale Coyne Racing’s Sebastien Bourdais clipped the wall on Lap 192 of 200, breaking his rear suspension and leaving his car stranded in the middle of the track – necessitating a yellow. Previous front runners like Andretti’s Alexander Rossi and Team Penske’s Josef Newgarden had just pitted for fresh tires and fuel under green, while Sato, Carpenter and AJ Foyt Racing’s Tony Kanaan elected to stay out, putting Newgarden, Rossi and others a lap down. Sato, Carpenter and Kanaan then pitted under yellow, allowing them to re-enter in first, second and third again and with fresher tires and more fuel than those behind them. 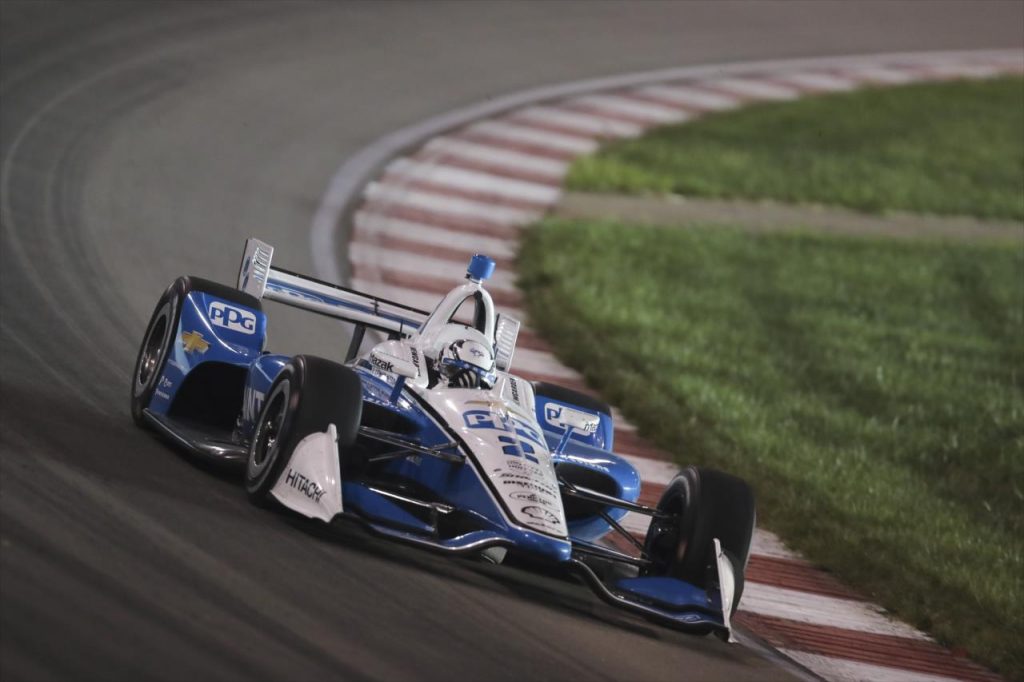 Sato then held off Carpenter’s looming Chevrolet for the remaining 42 laps, with Carpenter inching closer and closer to Sato’s gearbox over the last five laps. On the final lap, Carpenter drove the final corner deep and engaged in drag race down the homestretch with the Honda driver, with Sato winning by just 0.0399s – the closest finish in Gateway’s 10-year history. Kanaan crossed the finish line third. 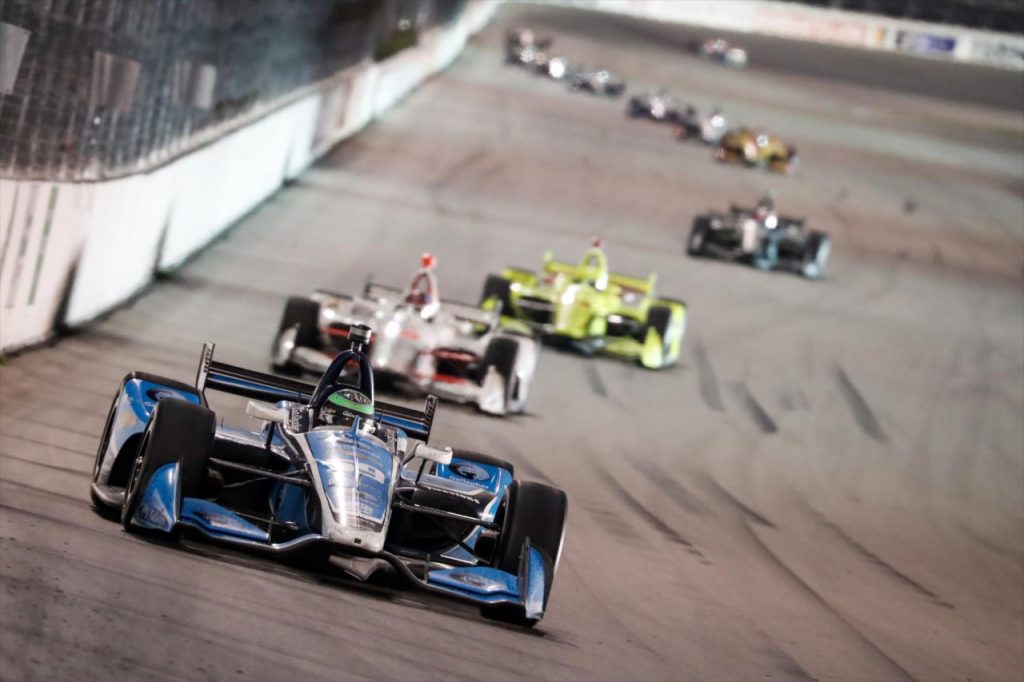 Meanwhile, Josef Newgarden and Santino Ferrucci were battling behind the top three for fourth and fifth when the two came together in the final corner, sending Newgarden for a spin. The championship leader dropped a handful of positions as he tried to get his car back running, crossing the finish line in seventh. Ferrucci ended up fourth, while Team Penske’s Simon Pagenaud completed the top five. Carlin Racing’s Conor Daly also gave the British team a very strong sixth place finish as he filled in for Max Chilton, who is no longer racing IndyCar’s oval events.

Click here for full results from IndyCar at Gateway.