When we think of GM sport trucks, several legendary models come to mind, including the Chevrolet C1500 454 SS, the GMC Syclone and Typhoon, the or the GMT-800-era Silverado SS. An oft-forgotten example was the Chevrolet S-10 Xtreme. Let’s take a closer look at the Bow Tie’s bygone hotted-up compact pickup truck.

Produced from 1999 to 2004, the S-10 Xtreme was Chevrolet’s answer to the era’s growing demand for sport trucks an entry-level price. That price point, which was just over $15,000, represented about a 15 percent price bump over a base model S-10. But the Xtreme got a lot of upgrades that Chevrolet figured would attract younger buyers.

Those upgrades included an aggressive body kit, model-specific 16-inch wheels, and ZQ8 suspension, which notably lowered the ride height. Interestingly, Chevy offered the Xtreme on both the regular cab and extended cab S-10 models, and with both fleetside or flareside bed options.

The powertrain of the Chevrolet S-10 Xtreme was shared with the standard S-10. That meant either a 2.2L four-cylinder or an available 4.3L V6. Either could be paired with either a 5-speed manual or 4-speed automatic transmission. The real deal combination was the six-banger with the stick, which put out 190 horsepower and 245 pound-feet of torque, allowing this compact, rear-wheel drive pickup some capability, especially in some high school parking lots.

That ZQ8 suspension didn’t just lower the car 1.5 inches over the standard truck; it was a genuine high performance suspension kit, with thicker sway bars, front and rear, Bilstein shocks and additional frame bracing. It also included a quicker 12:1 steering box. The Chevrolet S-10 Xtreme also got a limited-slip differential, making it quite agile in the corners, especially considering its compact size. 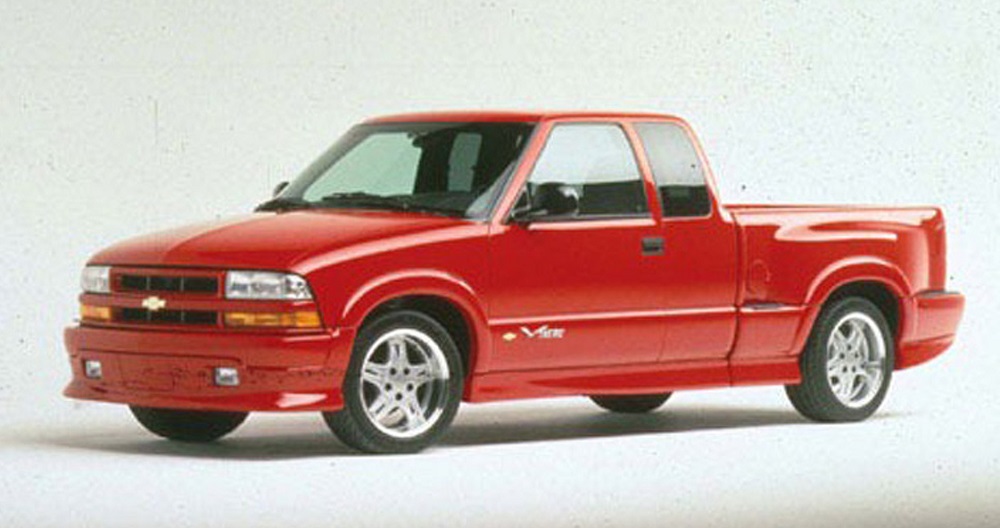 Interestingly, the Chevrolet S-10 Xtreme has largely fallen into obscurity, and remaining examples do not seem to command any notable price premiums over standard S-10 units. However, we suspect that some amount of nostalgia, perhaps from our former high school parking lot hoons, will eventually give these trucks something of a bump in prestige and prices. Who knows, maybe the S-10 Xtreme will one day be considered alongside the 454 SS as the cool retro sport truck to have.