Having initially gone on sale for the 2018 model year, the current third-generation Chevrolet Equinox is just a couple years old. Even so, it’s already set to receive a refresh for the 2021 model year. And the facelift, or mid-cycle enhancement (MCE), as it’s known in GM parlance, could introduce a new RS version of the 2021 Chevrolet Equinox, as evidenced by new spy shots.

Note that, as of this writing, GM does not offer the Chevrolet Equinox RS in the U.S. Instead, the RS variant is exclusive to the Chinese market. But that might soon change with the introduction of the 2021 Chevrolet Equinox.

The new 2021 Chevrolet Equinox RS could be offered as either a trim level or as a package, as Chevy has offered RS models as both in the past. Currently, the RS moniker is assigned in conjunction with the following vehicles Malibu RS, Blazer RS, Trailblazer RS, Sonic RS, Silverado RST (Rally Sport Truck), Traverse RS, and Camaro RS. Only the Camaro’s RS bits are offered as a package, while the other models offer the RS features as part of standalone trim levels. Regardless of how a potential Equinox RS is offered, introducing such a variant makes sense, especially given that the Equinox has quickly become Chevrolet’s second best-selling nameplate after the Silverado.

To note, the Chinese-spec Equinox RS is offered with the following upgrades:

In addition to the possible introduction of the RS model, the 2021 Chevrolet Equinox will also sport updated styling in line with the latest Chevy design language. The new Chevrolet Blazer is a good reference point for the aesthetic, as Chevy has previously gone on record in saying that the Blazer will set the design direction for its future crossovers. That said, the design of the refreshed Equinox will likely be a bit toned down compared to that of the Blazer. 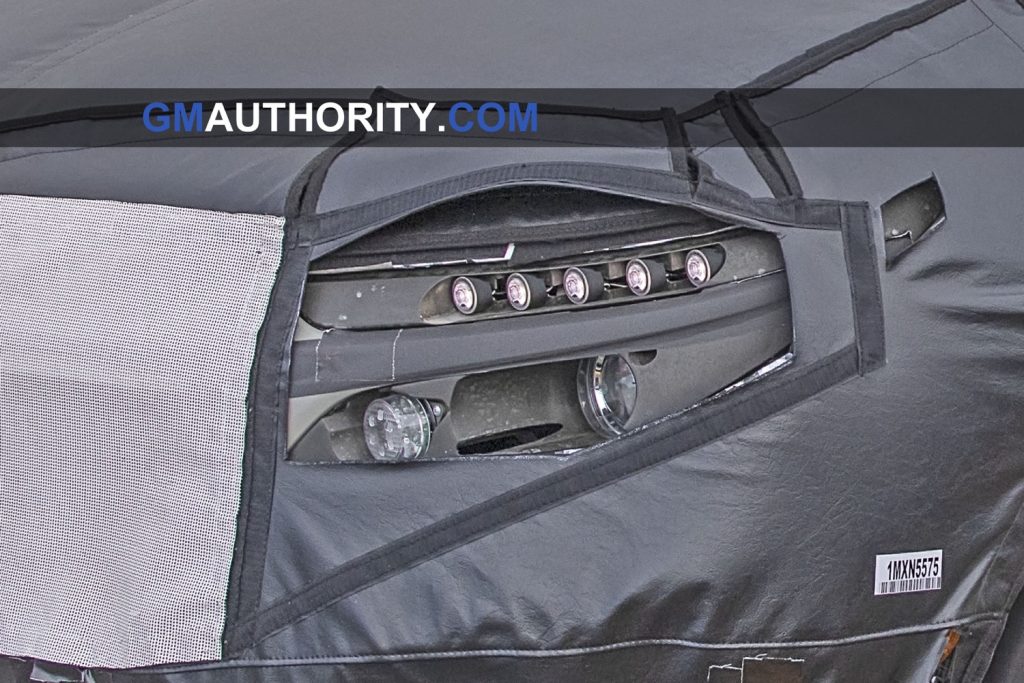 Up front, this potential 2021 Chevrolet Equinox RS prototype rocks the same updated headlamp design as a 2021 Equinox prototype we covered previously, with a row of horizontal LED lighting signatures up top and daytime running lights just below. It will be the projector lights, found in the second row of the cluster, that will light the way forward.

While the headlamps are merely placeholder units on this prototype, the specific location of the lighting elements should carry over to the production-ready 2021 Chevrolet Equinox, while the internals of the headlamp enclosure will likely undergo a beautification process of sorts.

In addition, we expect the refreshed ‘Nox to feature reshaped front and rear fascias, plus newly redesigned tail lamp housings. RS-specific black wheels, along with black bow-ties, body-color door handles, black mirror caps, and a unique grille should round out the package. But don’t expect a potential Equinox RS to have more performance than non-RS Equinox models. If such a model comes to market, it will only be an appearance package, rather than an actual performance variant.

On the topic of performance, we expect the current selection of turbocharged gasoline four-cylinder engines will provide motivation for the 2021 Chevrolet Equinox, including the 1.5L LYX and 2.0L LTG. Note that the 1.6L LH7 turbodiesel has been discontinued for the 2020 model year. The GM nine-speed automatic transmission is expected to be the standard cog-swapper across the line, finally replacing the current six-speed in lower-end models. A high-performance variant of the Equinox has been rumored, but we have yet to see anything substantive to back those claims.