The National Highway Traffic Safety Administration says it will trial side view mirrors that replace traditional side view cameras, examining how they may operate in real-world driving scenarios.

The government safety agency sent a notice out this week advising the public that it planned to test the mirrorless, camera-based system and study “driving behavior and lane change maneuver execution” with the technology.

As Reuters notes, this move comes long after the Alliance of Automobile Manufacturers, a group that lobbies in the US on behalf of major automakers, sent a petition to NHTSA in 2014 to allow them to use such systems on their vehicles. Daimler filed a similar, solo petition in 2015 as well, though NHTSA has not yet responded to either of them. 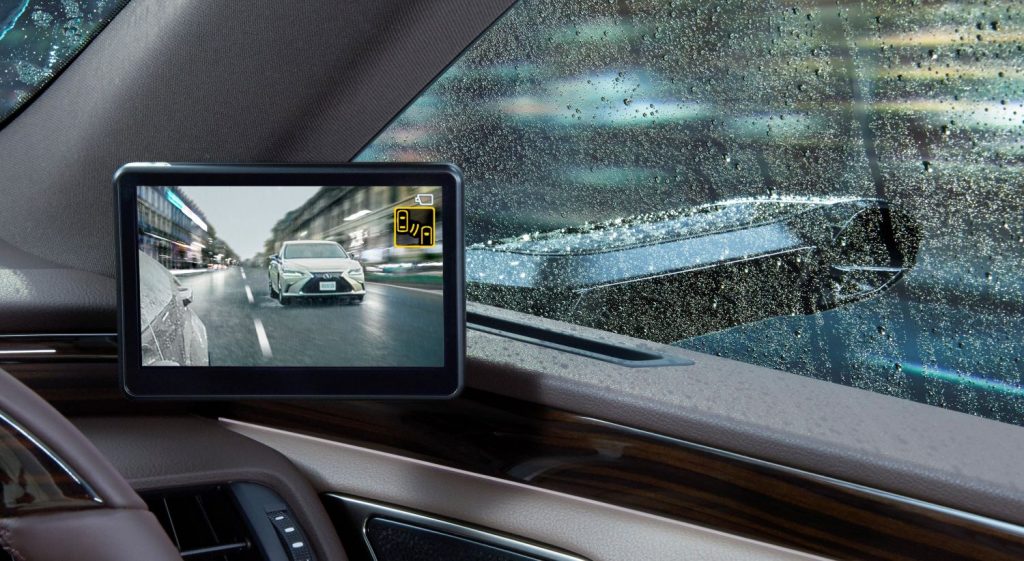 Side view cameras are already approved for use in Europe and Japan. Last year, Lexus became the first automaker to use them on a production vehicle, including them as optional equipment on the new Lexus ES mid-size luxury sedan. The Audi E-Tron electric SUV went on sale in Europe in December of last year with optional digital side view cameras, as well.

When Lexus debuted its mirrorless system for the ES, it said the slim dimensions of the camera stalks reduce the blind spot created by traditional mirrors. They also improve fuel economy thanks to the smaller aerodynamic profile and reduce wind noise.

Lexus’ digital mirrors also identify vehicles that are approaching and alert the driver when are in their blind spot or alongside them. Honda’s side view camera system works in a similar fashion, using a camera mounted on the side of the vehicle to give drivers a view of their blindspot on the digital display inside the car. The Honda system also switches on automatically, only giving the driver the side view when a car is approaching in its blind spot.

Furthermore, the Honda e electric hatchback will launch in Europe with digital side view cameras in place of mirrors next year.

NHTSA said its study will initially focus on smaller passenger cars with side view cameras before turning its attention to larger vehicles at a later date.