A Jefferson County, Missouri man was arrested after he got naked, stole a late 1980s Chevrolet Silverado and rolled it into a yard.

According to The River Front Times,  the 30-year-old suspect was visiting a friend at the South Woods Mobile Home Park in Imperial, Missouri when at some point he took his clothes off and began casually walking down the street. A witness recalled seeing him walking fully nude in her direction and saying “good morning,” to her before carrying on his way. 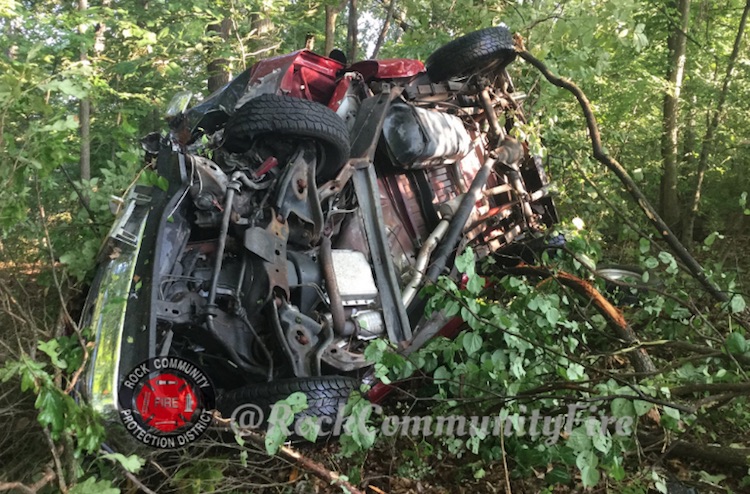 At some point, the naked man came across a running 1988 Chevrolet Silverado, hopped in it and drove off. He then got on the highway and began driving in the wrong direction, forcing oncoming cars to swerve out of his way. He eventually clipped a car, which sent him careening off the road and rolling into a nearby wooded yard. A witness that happened upon the crash noticed the truck was ablaze and that the driver had been fully ejected from the vehicle.

“I looked down and it was actually on fire and the guy was laying there with no clothes on,” they said.

Units responded to a MVA this morning near the intersection of 61-67 and Autumn Oaks. One victim was ejected and the truck caught fire. The fire was quickly extinguished and RTAD cared for and transported the victim to a local hospital. -36 pic.twitter.com/Vo1ZBEnD6M

The suspect, who has not yet been named, was taken to hospital and later released while the sheriff’s office decides just how many crimes to charge him with. Theft and reckless driving charges imminent, but will deputies also charge him for his lack of clothes throughout the ordeal? We can’t let such heinous crimes go unpunished, in our opinion.