Hamlin started from pole for the fan-favorite race under the lights, but quickly fell through the order and looked to be in for a tough race after damaging his No. 11 Toyota whilst battling with Jimmie Johnson. His night got worse as he was forced to take an unscheduled pit stop on Lap 189 of 500 for a loose wheel nut, putting him a lap down. 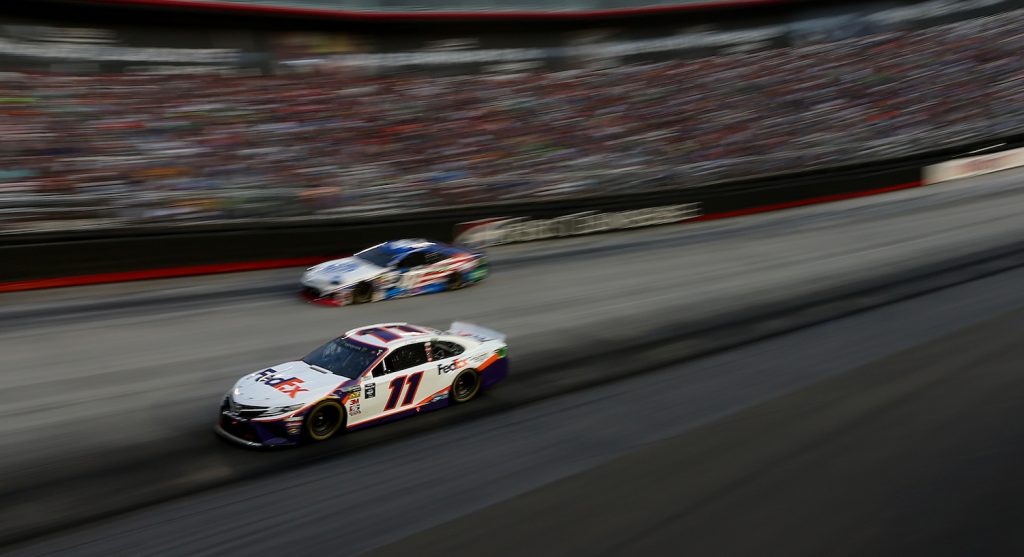 He then got the wave-around following a Lap 248 caution flag and promptly moved his way up the order when the green came back out, slowly reeling in the front-runners and moving his way into the top 10 by the time another caution came out on Lap 388. When racing got back underway, Hamlin passed a handful of cars, including the Chevrolet Camaro ZL1 of Chase Elliott, and began to bear down on DiBenedetto, who was leading the race.

With 11 laps left to go, Hamlin stuffed his Toyota down the inside of DiBenedetto’s, robbing the underdog driver and team of a victory at one of the most prestigious tracks on the NASCAR calendar. Post-race, Hamlin apologized to DiBenedetto and his team for ruining their fun, but said he can’t let his hard-working team down, either.

“I just want to say sorry to Matt DiBenedetto and (crew chief) Mike Wheeler,” said Hamlin. “I hate it. I know a win would mean a lot to that team, but I’ve got to give 110% to my whole team. Just, sorry.”

DiBenedetto found out this past week that his No. 95 Leavine Family Racing Toyota would be given to Chris Bell for next season, leaving him without a Cup Series ride. 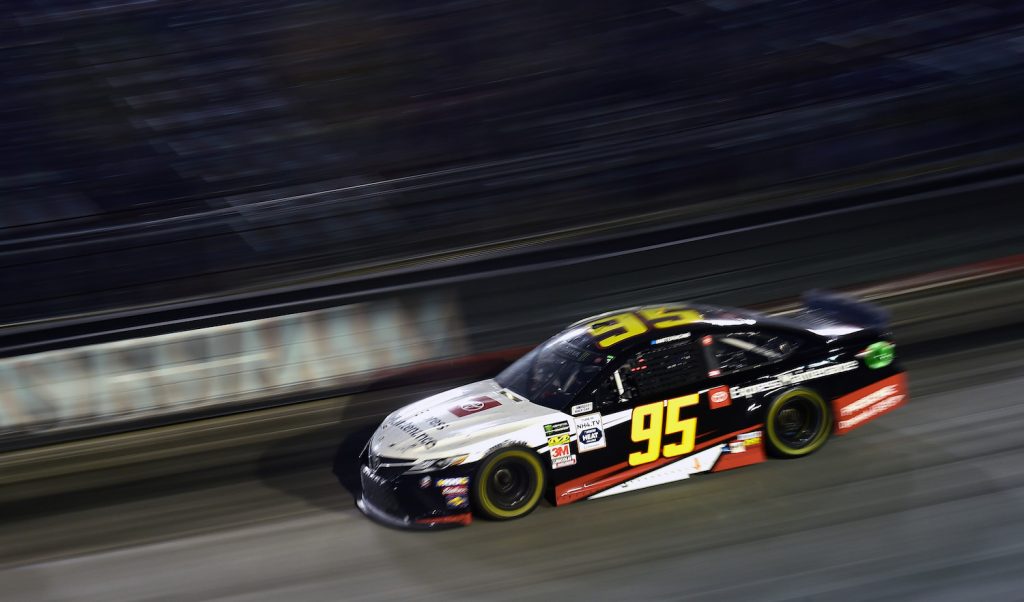 “Congrats to Denny,” he said. “He raced hard. I’ve been a fan of his since I was a kid. To be racing door to door with him at Bristol, in front of a great group of fans. … I’ll try not to get emotional, but it’s been a tough week. I just want to stick around and keep doing this for a long time to come. I love it. I love the opportunity. I’m not done yet.”

Three Chevrolets finished in the top 10 – Chase Elliott in fifth, Kyle Larson in sixth and Kurt Busch in ninth.