It was a thrilling race and finish for IMSA fans watching the 2019 Road Race Showcase at Road America, but for General Motors teams, the race was probably not quite as thrilling.

While the two Mazda and Acura DPi entries battled it out for the lead at the front, Cadillac DPi-V.R teams struggled for pace due to the Balance of Performance restrictions imposed on them. Both Action Express Racing and Wayne Taylor Racing felt they ran almost flawless races, however a top five finish was all that either squad was capable of.

The No. 31 was the top-finishing Cadillac in fourth, while the No. 10 was close behind in fifth.

“It was a big damage limitation race,” Pipo Derani, driver of the No. 31 Cadillac, told Sportscar365 post-race. “We had a trouble-free race, a fantastic race. The pit stops were fantastic. We just didn’t have the pace. We were a minute-and-a-half behind.”

“At the moment, we’re not able to fight. I think that’s a big loss for everyone involved, for the public and the fans.”

“Now when we come to the races we’ve been battling for top-fives the last couple of races,” added Jordan Taylor, driver of the No. 10 Cadillac. “It’s hard to be motivated. There’s no trophy, there’s no celebration or champagne. It’s hard to give reasons week in and week out to sponsors and fans of why we’re not battling for wins like we have in the past.” 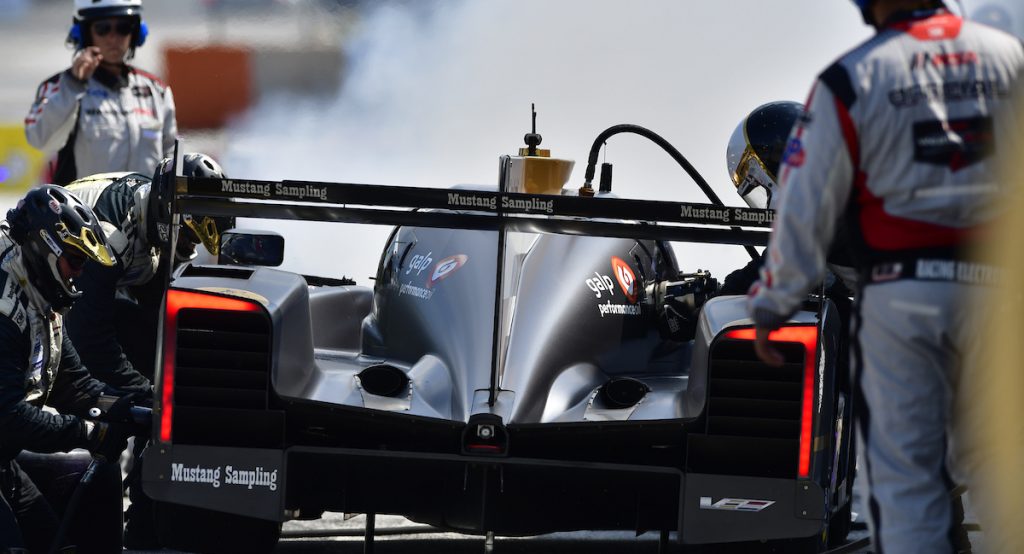 The DPi class was won by the No. 55 of Harry Tincknell and Jonathan Bomarito after a thrilling duel with the No. 6 Acura of Dane Cameron and Juan Pablo Montoya. The No. 77 Mazda was third and completed a large points haul for the Japanese manufacturer.

The No. 3 and No. 4 Corvette C7.R entries of Corvette Racing finished fourth and sixth in GTLM as its 100th IMSA victory continues to evade the team. The No. 66 and No. 67 Ford GTs went 1-2, respectively, while Porsche continued its streak of strong performance after the No. 912 finished third. The team was in line for a much stronger result and showed good pace at the long 4.0-mile track, but an electrical issues on the No. 3 and a mistake with the No. 4’s strategy hampered their efforts. 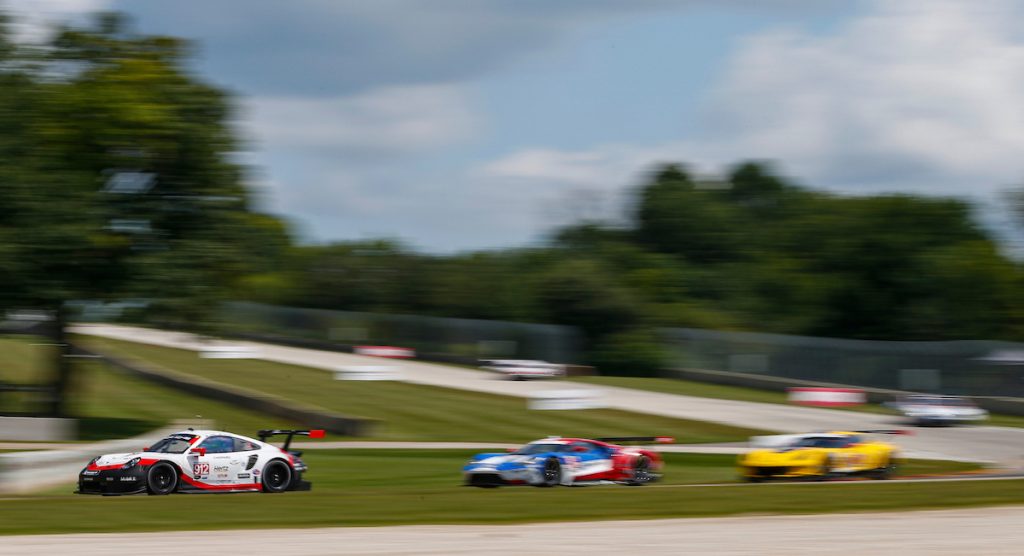 “Later on (in the race), Antonio (Garcia) was doing fantastic until we had an issue that needed to be fixed in the pits, which kept us in too long,” said driver of the No.3 Corvette C7.R, Jan Magnussen. “It’s a real shame. We had the strategy to do something good; it was an aggressive strategy but without the problems I think we could have been fighting for the win. It’s tough but on to the next one.”

Be sure to re-live the 2019 IMSA Road Race Showcase by checking out the highlights video embedded above.