Late last year, we reported that a 2020 Corvette C8 prototype was running around with what appeared to be a Cadillac key fob. The key fob had a Cadillac logo on the rear and seven familiar buttons on the front, as well as a new shape, raising speculation that the C8 would actually be a Cadillac model and not a Chevy, or conversely, Cadillac would get a version of the C8. Now, however, we know that this key fob mixup was actually a result of GM’s decision to move the 2020 Corvette to its new Global B electronic architecture.

For those who may be unaware, GM officially announced its Global B digital electronic architecture back in May. The new digital “nervous system” provides greater connectivity and data processing power than GM’s outgoing electronic system. Global B is required for future GM endeavors into all-electric propulsion systems, safety systems, autonomous driving systems, and various advanced infotainment features, to deliver over-the-air (OTA) updates to the car as well as to transfer signals quicker and more efficiently between a vehicle’s myriad of components. The two GM vehicles to get Global B are the Cadillac CT5, which launches this fall, and the 2020 Corvette C8. However, it wasn’t always that way.

Roughly halfway through development of the 2020 Corvette C8, GM decided it wanted its new supercar to utilize Global B. The change added a whopping six months to development time – a story that GM Authority exclusively broke in December. No doubt, the decision to use Global B in the C8 caused some major headaches among Chevrolet engineers.

Either way, the move to Global B completely explains this mystery Cadillac key fob and how it’s related to the C8. Essentially, engineers were repurposing a Cadillac CT5 key fob with the 2020 Corvette C8 prototype, since they had yet to create a Corvette-specific version. Since both the CT5 and C8 use Global B, using a key fob already developed for the Cadillac sedan was a no-brainer. 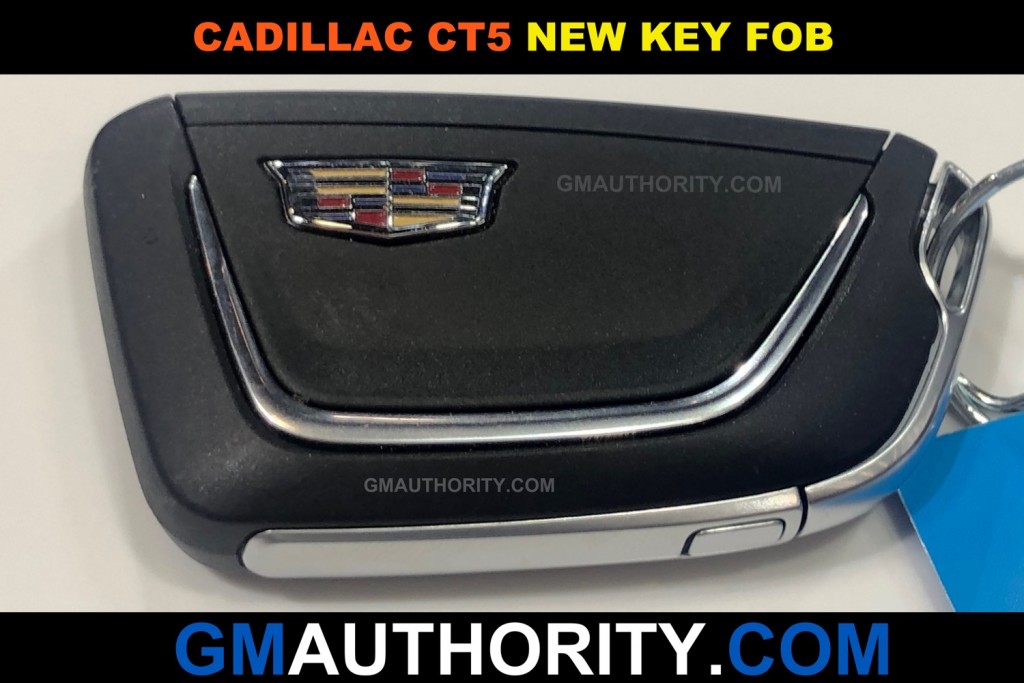 There’s a few other interesting tidbits to this story left to tell. Late last month, we reported on rumors that GM is considering a spin-off Corvette brand, complete with a Corvette SUV/crossover and Corvette sedan. What’s more, the rumors were packaged with speculation that Cadillac could utilize the new C8 platform to create its own version of the mid-engine sports car.

Whether or not that will happen is still unknown… but if it were to take place, Caddy already has the key fob for the job.