The Stewart-Haas Racing driver overcame adversity to win after a tire puncture forced him to pit under green just 31 laps into the race and lose valuable track position at the fast and wide Michigan venue.

Harvick worked his way back through the field after taking the early pit stop and by Lap 153 of 200, found himself sitting inside the top ten. He then put on an impressive performance over the remaining laps, passing five cars and closing in on Joey Logano with just 17 to go. He then passed Logano with ease and cruised to victory, putting a 1.6s gap to second. Denny Hamlin finished second, while Kyle Larson was third for Chevrolet. Martin Truex Jr. and Daniel Suarez rounded out the top five. 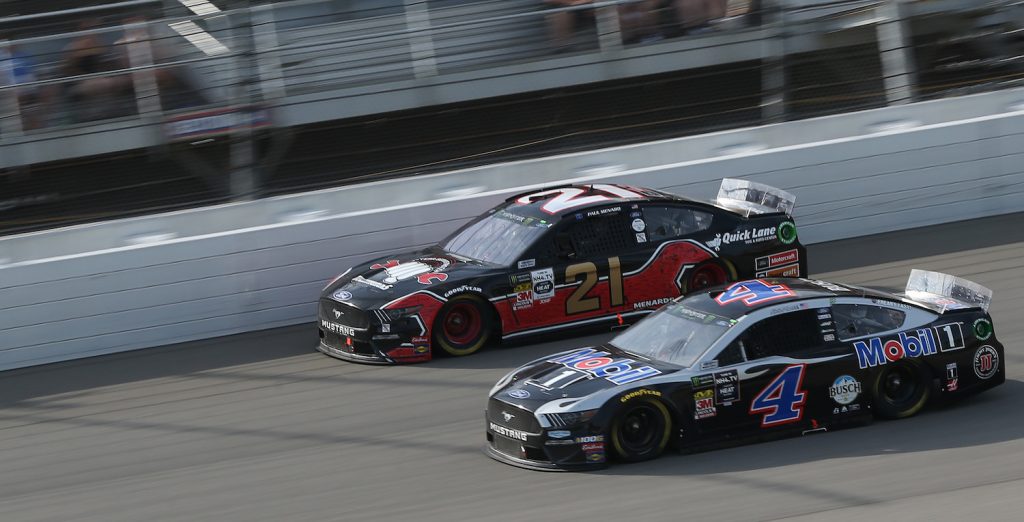 The Stewart-Haas Racing cars proved to be strong in the latter stages of the race when the track had cooled off, whereas the Joe Gibbs Racing Toyotas were quicker earlier in the afternoon when the sun was hotter and the track had more grip. Hamlin believed he had one of the best cars at first, but his setup fell off as the track conditions changed.

“Well, it seemed like we generally had the best-handling car when it was really hot and slick, but as the day went on and the track cooled off, the guys that had built more speed into their car, it kind of handicapped it for them,” the second place finisher said. “Nothing I could really do, just didn’t have enough speed. (Harvick) was about a half second faster than us in qualifying, and when we were holding it wide open there at the end, just couldn’t overcome it.”

Click here for full results from the NASCAR Consumers Electric 400 at Michigan.