Earlier today, General Motors Company reported second-quarter 2019 earnings, and many investors were happy to hear of the $2.4 billion in income on $36.1 billion in revenue, solid results that showed GM is managing along favorably. And it seems that the market has had a reaction, too, as GM stock value saw a jump of nearly 3 percent to nearly $42 per share following the news.

If one were to have purchased GM stock at its 6-month low of $33.34 on May 31st, and sold those shares at today’s high of $41.90, one would’ve seen a 25 percent return. Yes, this is indeed a cherry-picked statistic, but it just goes to show how much growth GM stock has experienced in just the past two months. 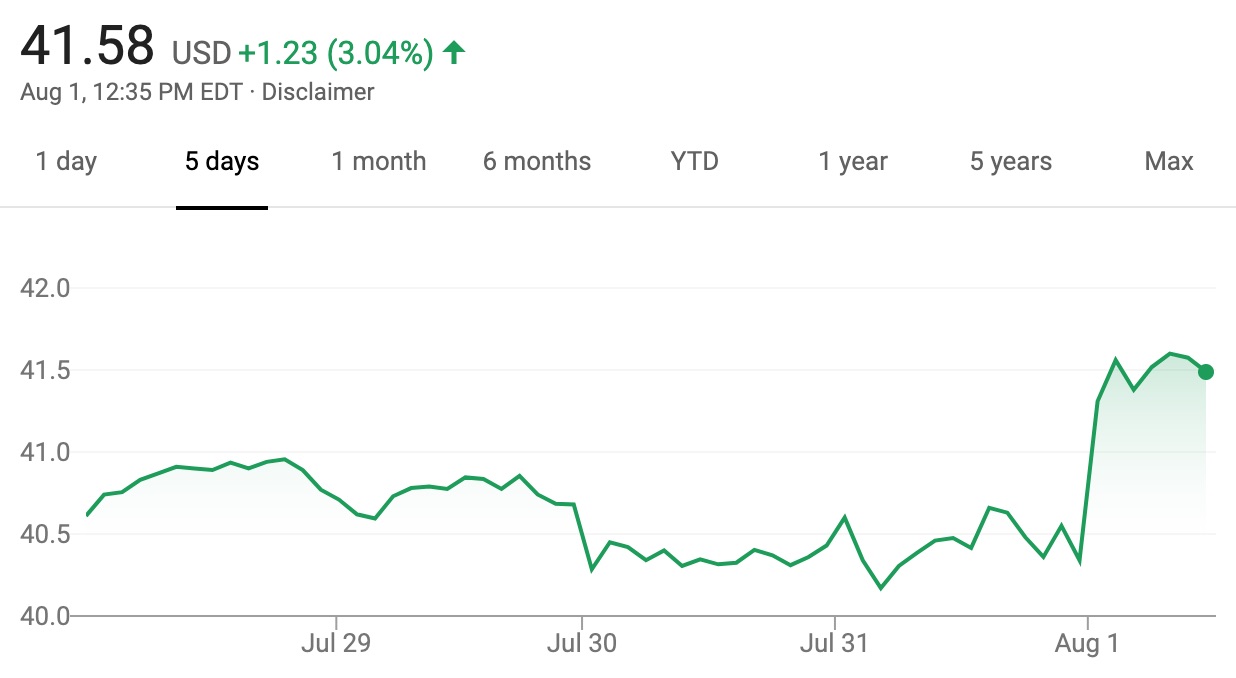 Another factor that seems to be contributing to the recent surge in GM stock value is the recent announcement of the next-generation, mid-engine Corvette. Also known as Corvette C8 or the 2020 Corvette, the vehicle will launch around December, and is expected to contribute very favorably to GM’s bottom line, as the Corvette carries very healthy profit margins. More than that, it also shows that GM is still very capable of designing, engineering and bringing to market world-class vehicles. In anticipation of strong customer demand, the company is increasing production of the new model, adding a second shift and more than 400 hourly jobs at the GM Bowling Green Assembly plant in Kentucky that assembles the Corvette.

It’s also worth noting that GM stock went unfazed by the delay of Cruise, which will spend the remainder of 2019, and likely most of 2020, carrying out more tests in San Francisco with its Chevrolet Bolt EV-based prototype vehicles, called the Cruise AV.

If GM stock value remains the same or better by market close tomorrow, then share values will have seen an increase of $0.80, or 2 percent, compared to last week’s closing value.

All things considered, we’re sure there are plenty who are happy with their GM stock investments, and plenty more who regret not hopping on the gravy train sooner.