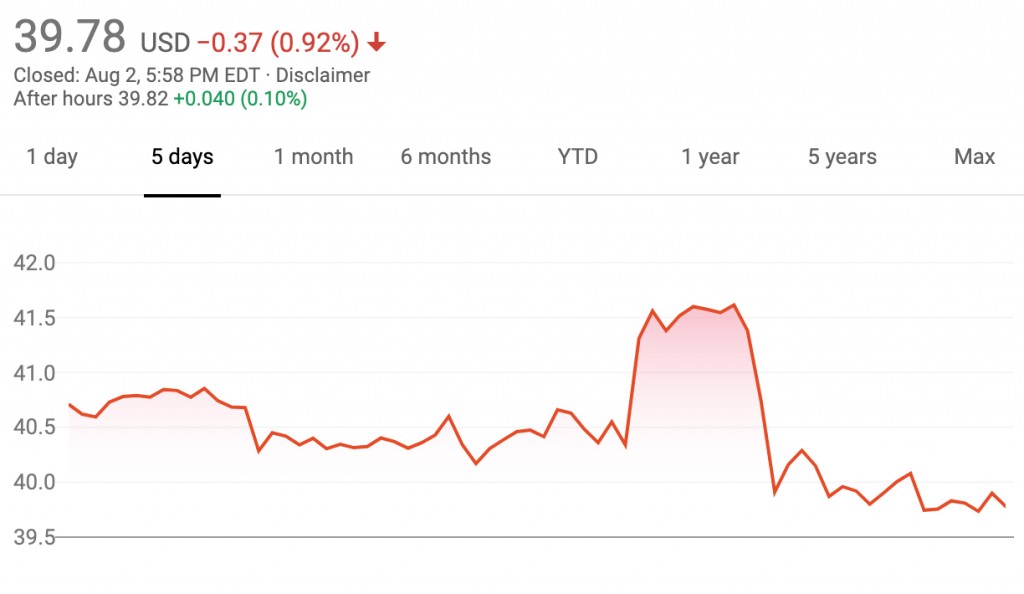 This decrease serves a blow to the upward momentum experienced earlier this week, on the heels of healthy second quarter 2019 earnings announced on Thursday, August 1st. The stock gained 3 percent to nearly $42 per share in morning trading following the news, but then slipped during the second half of Thursday and into Friday on news of increased tensions in the ongoing trade war between the United States and China.

Despite these actions, the value of GM stock has traditionally struggled to surpass the $40 mark, spending most of its time stuck in the $33-$38 per share range. The is problematic, since the value of the “new GM’s” Initial Public Offering, or IPO, was $33 per share in November 2010, frustrating many investors. Luckily, however, the circumstance appears to be changing.

We remain interested in seeing how GM stock performs during the second half of the year, especially as the Detroit-based automaker launches its GEM-based vehicles for developing markets, completes the roll-out of its full-size pickup trucks, and begins to launch its all-new full-size SUVs and various new Cadillac models. All of these products are expected to contribute significantly to its bottom line.

In July 2019, GM unveiled the new Corvette, which is switching to a mid-engine layout for the first time in its history. The mid-engine Corvette, also known as Corvette C8 or the 2020 Corvette, will launch around December 2019. The vehicle, which is close to being sold out for its first year of production, is also expected to contribute to GM’s bottom line, since the Corvette carries very healthy profit margins.