When it comes to the integration of smartphone technology in automobile infotainment systems, Apple CarPlay is pretty much the golden standard. GM was one of the first automakers to adopt Apple CarPlay, but despite that early adoption, the Detroit-based automaker has yet to offer the latest fully wireless version of the technology on any of its vehicles, including Chevrolet, Cadillac, Buick or GMC models. And that needs to change, and badly.

The benefits of wireless CarPlay are pretty straightforward: instead of connecting the iPhone via a cable, the system works with no wires. Hence, one can simply keep the iPhone in a pocket or purse, while CarPlay magically initializes via a combination of Bluetooth and Wi-Fi.

In addition to the automakers listed above, a bevy of popular third-party head units already support wireless Apple CarPlay, including Panasonic, Pioneer, and JVC. What’s more, wireless Apple CarPlay goes hand-in-hand with the wireless phone chargers GM has been installing in every vehicle released in the recent past.

So what gives? Will GM get with the times and adopt the new wireless Apple CarPlay system? We reached out to GM for comment, but ended up with a dead end.

“While we’re always looking for ways to enhance the owner experience, we have nothing to announce,” Stephanie Lang of General Motors Advanced Technology Communications, OnStar and Connectivity, told us. 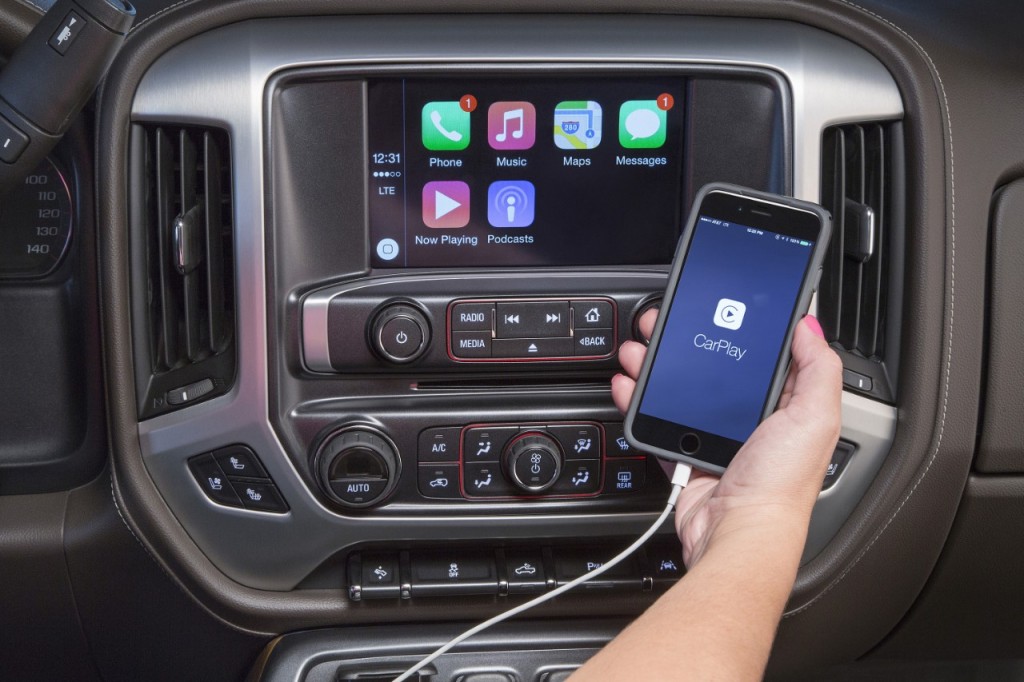 GM has been criticized in the past for sub-standard cabin appointments, with the 2019 Chevrolet Silverado being one recent example. Meanwhile, The General has also received its fair share of criticism when it comes to early versions of the CUE infotainment system. But outside of those standalone situations, GM has been a leader in the realm of in-vehicle technology, being first to roll out modern infotainment systems as well as in-vehicle Wi-Fi hotspots across the broadest lineup.

As such, we certainly hope GM has wireless CarPlay on the roadmap, and plans on rolling it out soon, as doing so would be another way to differentiate itself from competitors, attract new customers, and silence critics. Here’s to hoping we won’t have to wait too much longer.