GM Defense was recently awarded a $1 million contract to develop the Army’s new Infantry Squad Vehicle, or ISV. The Army selected GM Defense’s ISV following a round of field testing at Fort Bragg, North Carolina, which means GM Defense will next gear up to test and evaluate the vehicle with another round of assessment planned for the fall.

The GM Defense ISV was designed to the Army’s rigorous specifications. Not only is it lightweight enough to sling-load under a UH-60 Blackhawk helicopter, as well as compact enough to fit inside a CH-47 Chinook Helicopter, but it can also transport up to nine soldiers and their respective gear at highway speeds on pavement and off-road.

The GM Defense ISV is based on the same GMT 31XX platform as the Chevrolet Colorado and GMC Canyon. “Applied to ISV, the Colorado’s architecture undergirds an occupant and cargo superstructure powered by a 186-horsepower, 2.8L diesel powerplant and six-speed automatic transmission,” GM Defense states. 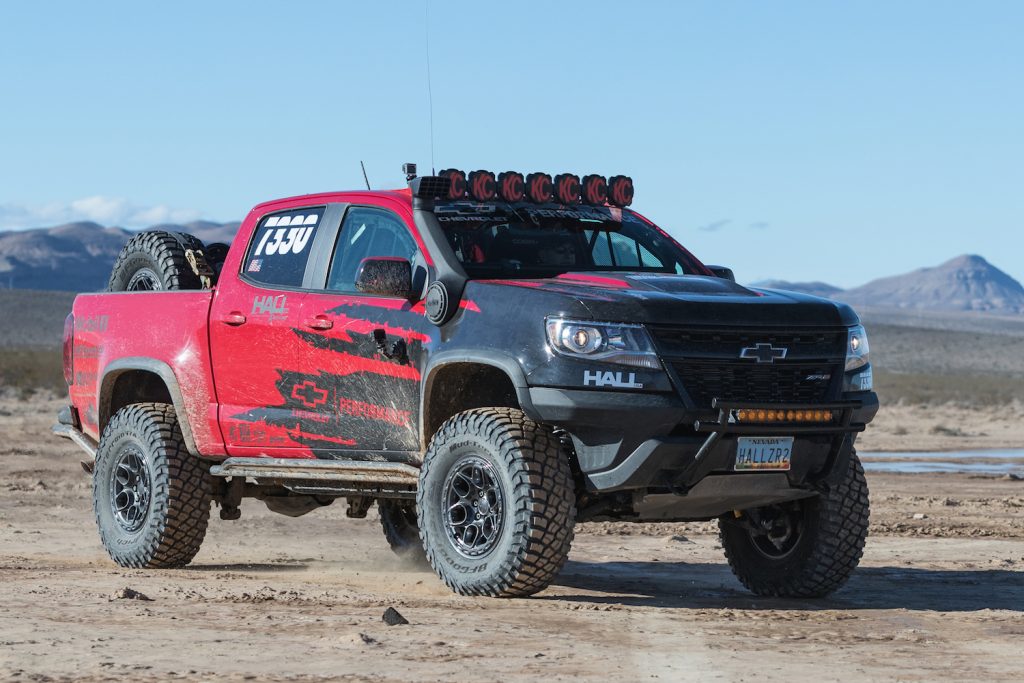 The vehicle is supplemented with a slew of custom and commercially available parts to make it all work as intended. These include high-performance bits from Chevy Performance engineering and standard equipment from the Colorado ZR2 Bison, such as long-travel Multimatic DSSV dampers, front upper control arms, jounce shocks, long-travel rear leaf springs, a steel driveshaft, underbody skid plates and ball-spline half shafts.

“Our ISV entry is a fully-integrated platform that leverages decades of GM’s engineering, manufacturing and quality expertise at scale to provide the most cost-efficient, reliable and effective answer possible to meet and exceed the Army’s demanding requirements,” said GM Defense President David Albritton.

Looking ahead, the Army will acquire roughly 650 examples of the GM Defense ISV, starting as soon as the 2020 calendar year.