A former Corvette chief engineer says his team used to look at the business model for the Porsche Cayenne SUV and were impressed with its popularity and staying power.

Speaking to The Detroit News for an op-ed on a potential Corvette SUV, General Motors engineer Tom Wallace revealed the automaker’s interest in the Porsche product lineup when he worked there, particularly with the Cayenne.

“When I was Corvette chief, we often studied the Porsche business model and product line-up, and were generally impressed,” said Arnold, who was in charge of the Corvette program from 2006-2008. “The fact that they have done the Cayenne and stuck with it is a vote of confidence that such a vehicle can be a success.” 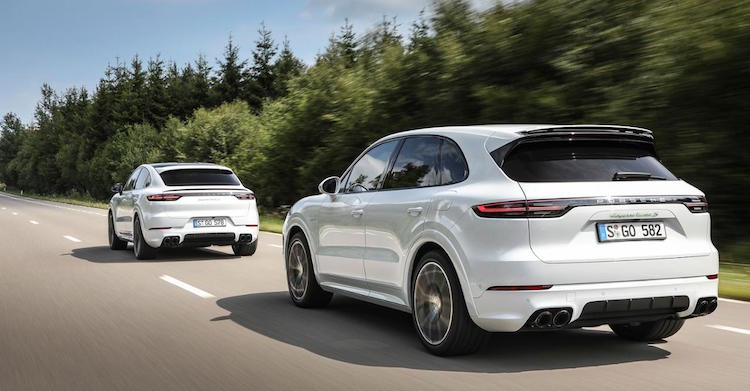 Such a product would probably have to ride on a rear-wheel drive platform in order to meet the performance benchmark for something wearing a Corvette badge. That means it would be quite expensive to produce, so it would have to share a platform with something else in the GM portfolio in order to get a green light from the higher-ups.

“The Corvette ute probably would be a stand-alone architecture (or a major modification of an existing architecture), so volume would be critical to call it a business success,” Wallace added.

Launching a Corvette SUV would be costly in other ways, too. This would mean spinning Corvette off into its own brand, which would require investments with regard to branding, marketing and perhaps new or updated showrooms. GM would also have to ensure the brand is strong enough to justify adding one or two more models under its umbrella – though initial reaction to the 2020 Corvette Stingray bodes well for a standalone crossed flags brand.

At the recent debut event for the 2020 Corvette Stingray, Chevrolet’s vice president of performance vehicles and motorsports, Jim Campbell, said he couldn’t say one way or another if a Corvette brand was coming. It does seem like it’s under consideration, then, though we don’t expect GM to announce anything official in the near future. The Corvette team is plenty busy with the launch of the regular Corvette, after all.