In the world of heavy-duty pickups, specs are king. These are the machines used for a lot of work, and finding a setup that matches the needs of a particular customer isn’t always easy. Today, GM’s cross-town rival, Ford Motor Company, announced the ratings of its new 7.3L V8 engine for the 2020 Ford Super Duty F-250 and F-350, allowing us to finally compare it with the latest GM 6.6L L8T V8 gasoline engine cradled by the 2020 Silverado HD and Sierra HD. We’ll also take a look at the Ford Super Duty’s standard 6.2L V8, and line up all three for a side-by-side-by-side comparison.

First, a little background on these powerplants. GM’s all-new 6.6L L8T V8 enters the all-new 2020 Silverado HD and 2020 Sierra HD line as the all-new base-level gasoline-powered engine, slotting in alongside the 6.6L L5P Duramax diesel alternative. Based on GM’s fifth-generation Small Block engine family, the L8T made its debut with the all-new 2020 Chevrolet Silverado HD and 2020 GMC Sierra HD as a replacement for the archaic-but-capable 6.0L V8 L96/LC8. 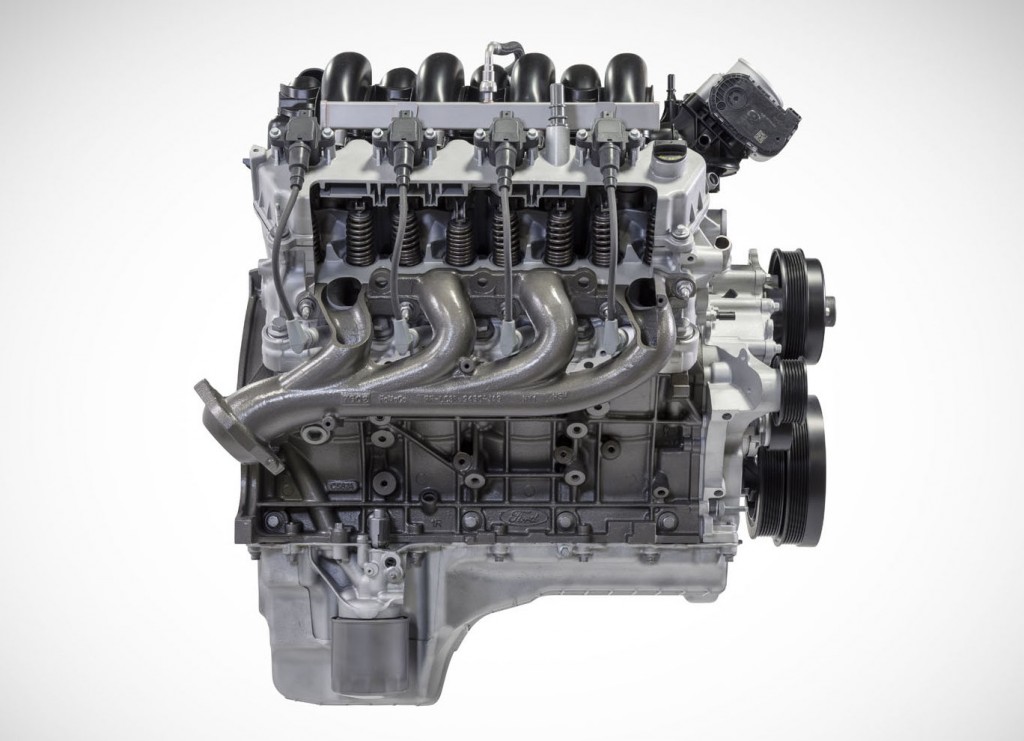 Meanwhile, Ford’s new 7.3L gas-powered V8, internally known as “Godzilla,” joins the 2020 Super Duty lineup as a newly-available engine option. The standard Super Duty gasoline engine is the same 6.2L V8 as in the previous model year, and although Ford has yet to provide exact figures, it’s expected that the 6.2L will offer the same specs as in the 2019 model year.

On to the comparison: all three engines are natural air breathers, as opposed to having some form of forced induction, such as turbocharging or supercharged engine. The construction for all three is similar as well, with an iron block and aluminum head found across the board.

However, once we start digging into the valvetrains, we begin to see the mechanical differences. The GM 6.6L L8T V8 in the 2020 Silverado HD and Sierra HD offers an overhead valve (OHV) layout, otherwise known as a pushrod configuration. Ford’s new 7.3L V8 also uses the same configuration, but the Ford 6.2L gasser comes with a single overhead cam (SOHC) setup and two valves per cylinder.

The 2020 Ford Super Duty 7.3L gasser gets its go-juice thanks to a port fuel injection system, while the GM 6.6L L8T and Ford 6.6L V8 both use direct fuel injection. What’s more, GM 6.6L L8T goes without Active Fuel Management, Dynamic Fuel Management, or Auto Start-Stop since it’s intended for Heavy Duty trucks that are not governed by the same fuel economy standards as light-duty models. 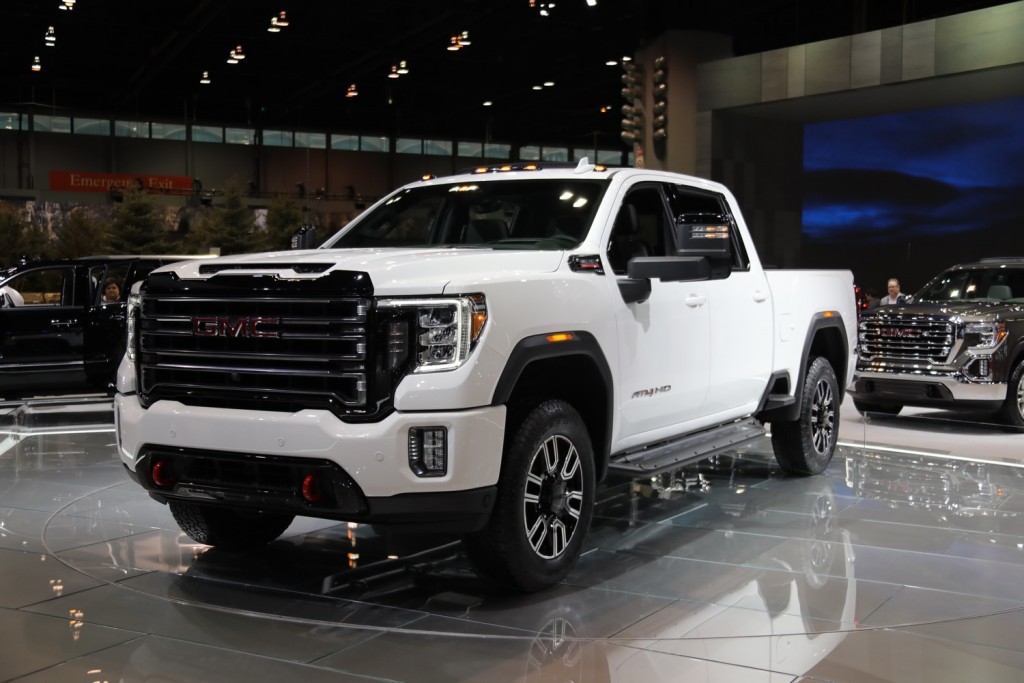 In terms of sheer displacement, the Ford 7.3L Godzilla is obviously the big boy of this comparison, followed by the GM 6.6L L8T. The base-level 6.2L Ford gasser is the smallest in this regard. That said, the power differences between these three engines are not as large as the differences in displacement may suggest.

While the Ford 7.3L Godzilla gasser produces a best-in-class 430 horsepower at 5,500 rpm and 475 pound-feet of torque at 4,000 rpm, the GM 6.6L L8T throws down 401 horsepower at 5,200 rpm and 464 pound-feet of torque at 4,000 rpm. That means that, despite an extra 0.7 liters of displacement, the Ford 7.3L only manages to produce an extra 29 ponies and 11 pound-feet of torque compared to the smaller GM 6.6L L8T. What’s more, peak power arrives 300 rpm later with the Ford. Of course, these output differences will likely be fairly minor in terms of real-world performance, but they might come in helpful when it comes to bragging rights and settling differences of egos. 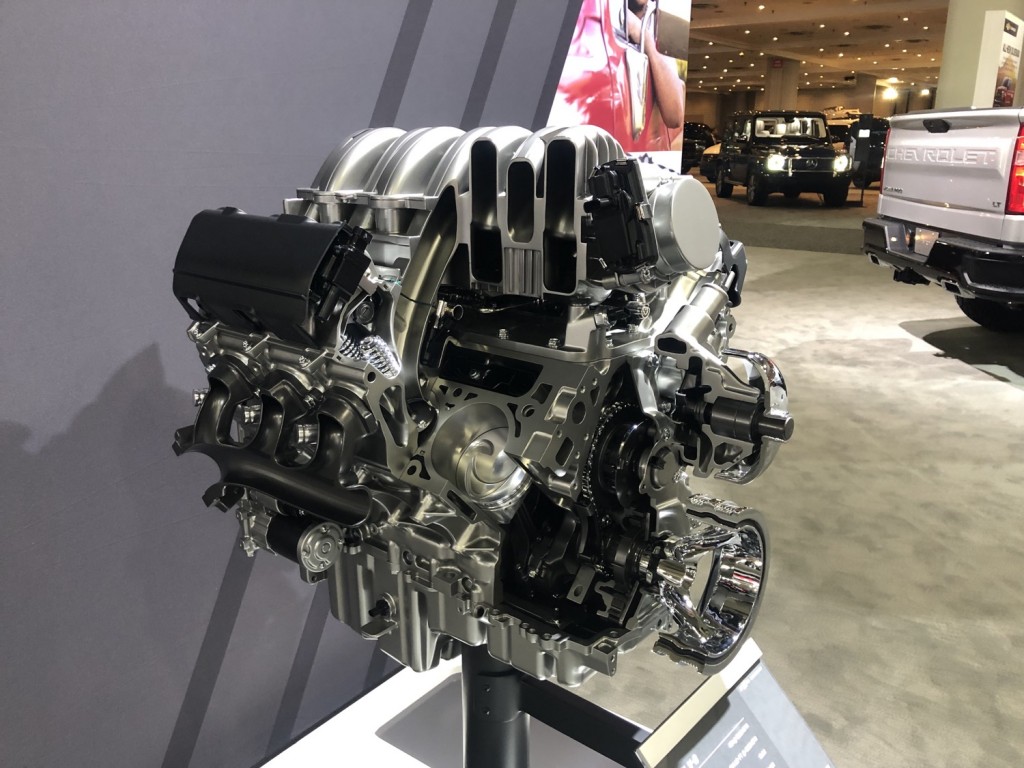 All in, there’s no denying that Ford’s new 7.3L V8 is powerful, but it’s not that much more powerful than GM’s smaller 6.6L L8T. In fact, we would have guessed that the Godzilla’s displacement advantage would have translated to significantly greater power and torque advantage over the L8T, which simply isn’t the case. Moreover, GM’s plenty-capable L8T is standard on its Heavy Duty trucks from Chevrolet and GMC, while Ford offers the 7.3L as an extra-cost option.

And that does it for the base engines, for now. Meanwhile, both The General and the Blue Oval offer even more torque-laden turbo-diesel V8 engines in these trucks: GM customers can opt for the optional Turbo-Diesel 6.6L V8 L5P Duramax in the 2020 Silverado HD and Sierra HD, while Ford offers the optional 6.7L V8 PowerStroke in the 2020 Super Duty. But that’s a comparison for another day.