Exterminators probably encounter all sorts of extreme cases of infestation, but one wasp exterminator recently came across a nest that appears to have shocked even him.

The nest in question was built inside of a sixth-generation Chevrolet Malibu that had been left in a field. As you will see in the video, the nest is huge, covering the passenger seat and passenger footwell, center console and rear passenger footwell. In a separate video also posted by the same YouTube channel, fittingly named Stinger Creations, the wasps are seen attacking a plastic dummy head after the exterminator pokes the massive hive with a stick. 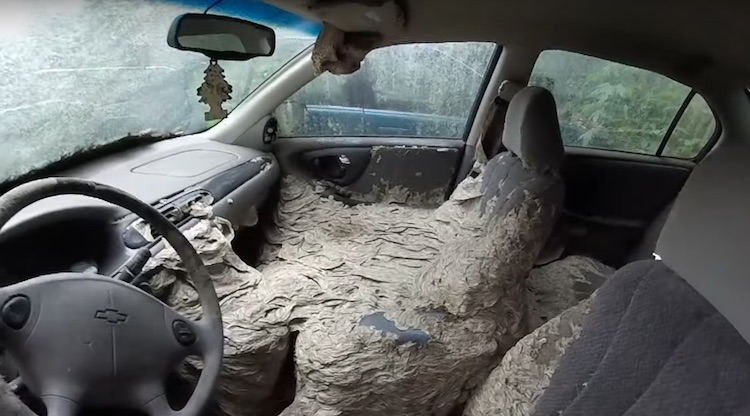 According to the uploader, the owner of the property called his company, Stinger Exterminating, after believing the car was filled with honey bees. The reality was actually much more unpleasant, though, as the car was filled with southern yellow jacket wasps. Worker bees of this species can sting multiple times and also produce a venom, so attacking a hive like the exterminators due is obviously not a good idea. The exterminator even remarks that he can smell the wasp venom when he enters the car and notices that the venom has left a damp patch on the driver’s seat. 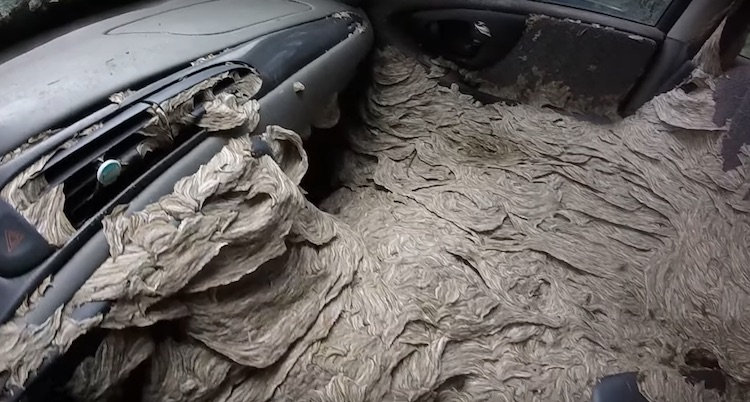 We’re waiting to see if Stinger Creations uploads a video of his company getting rid of the Chevrolet Malibu wasp colony. It seems he easiest solution would be to set the car alight and call it a day..

For now, you can see Stinger Creations documenting the nest before its destruction in the videos embedded above and below.