Porsche’s dominance of the IMSA WeatherTech Sportscar Championship continued Sunday as the manufacturer went 1-2 in GTLM, with the two yellow Corvettes of Corvette Racing finishing close behind in third and fourth.

The No. 3 Corvette of Jan Mganussen and Antonio Garcia started second after Laurens Vanthoor beat Magnussen to pole by just 0.078s in his No. 912 Porsche 911, while the No. 4 Corvette of Tommy Milner and Oliver Gavin started fifth on the grid. 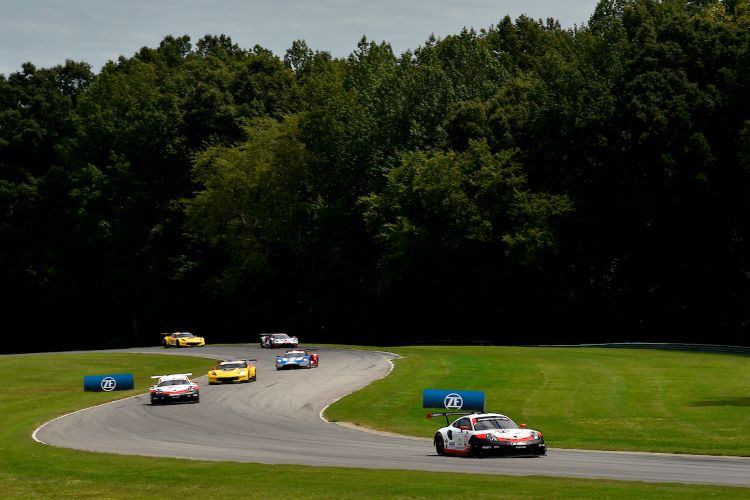 When the green flag came out, the No. 912 got a strong start, with the No. 3 Corvette following it closely into Turn 1. The No. 911 Porsche of Nick Tandy got an extremely strong start, however, and went around the outside into Turn 1, rocketing from sixth to second by the time the GTLM field was making the approach into Turn 2.

The two Porsches led the way for the majority of the race, but kept things interesting as the two sister cars battled for the lead, with the No. 911 eventually coming out on top. The two Corvette C7.Rs followed close behind and diced with the Porsches and the No. 66 Ford GT as teams elected to take different pit strategies, but ultimately did not have the speed to keep up with the CORE Autosport-run 911s.

“It was a strange race,” Garcia said. “I don’t know if we had anything for the Porsches. There was a lot going on in both stints.” 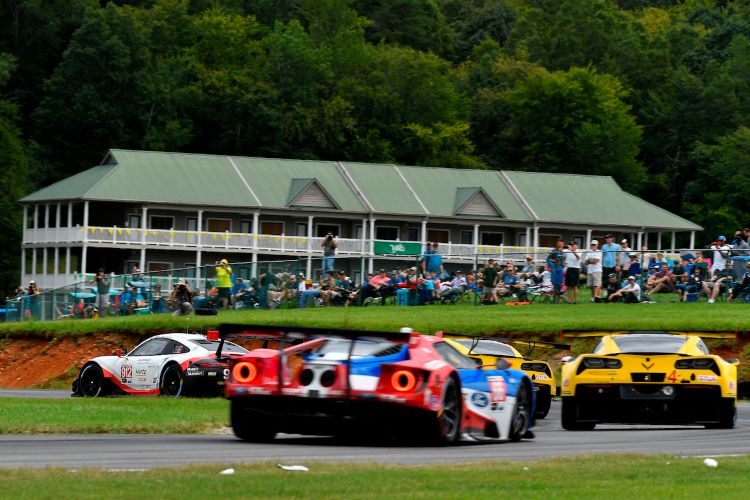 “It’s unfortunate to have contact with Dirk (Mueller),” he added. “I didn’t want to have that, but once you’re that close. I locked up completely and was over the curb trying to avoid him. That took away a little of the gap I had over the other cars but still had time to dump grass out of the radiator after that off. It was super tight the rest of the way and was fun. It’s not a win but we will take a podium.” 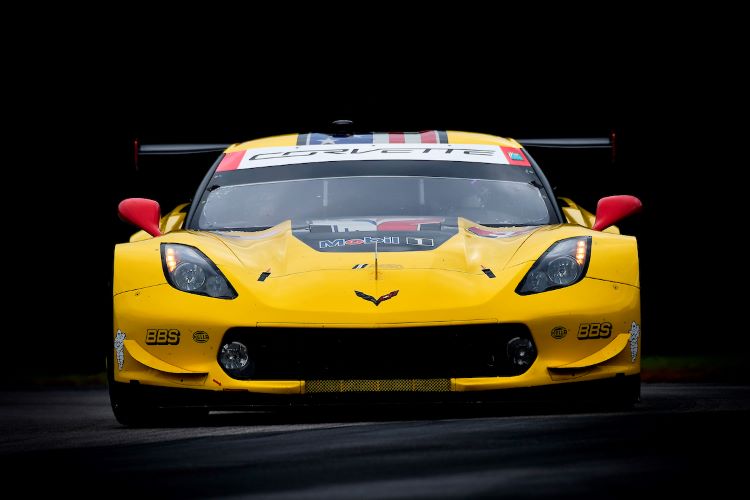 For the first time since 2014, all GTLM teams finished in succession to their sister car, with the Porsches going 1-2, the Corvettes taking 3-4, the Ford GTs claiming 5-6 and the BMWs stacking up the field in seventh and eighth.

Check out the video embedded below for full highlights from IMSA at VIR and click here for full results.