The upcoming Corvette C8.R  race car won’t be the first mid-engine car with a Corvette badge to compete in the modern IMSA WeatherTech Endurance Championship.

Followers of America’s top-tier road racing series will certainly remember the Corvette Daytona Prototype – which raced from 2012 to 2016 and was the predecessor to the current Cadillac DPi-V.R prototype. 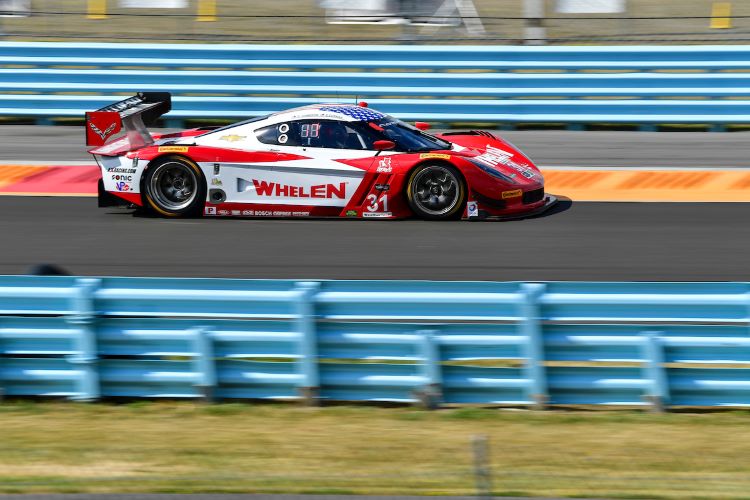 With the new Daytona Prototype International regulations (or DPi) taking over from DP from the 2017 season onward, the old Corvette DP cars have now retired from professional motorsports and some have found new homes.

One of Action Express Racing’s old Corvette DP cars is currently being raced in a class within the Historic Sportscar Racing series and the series recently posted a video of the Whelen-sponsored Corvette DP’s driver, John Reismen, doing a qualifying lap in the car at Canada’s fast and flowing Mont-Tremblant Circuit.

IMSA doesn’t race at Mont-Tremblant (though we’re sure there would be few complaints if they did) so it’s interesting to see the Corvette DP take on this wickedly fast, old school circuit. The position of the camera also does a good job at showing just how fast these prototype-class race cars are – the Corvette DP corners so fast, the video almost looks sped up at certain points.

Powering these old General Motors prototype race cars is a 5.5-liter pushrod V8 built by Earnhardt-Childress Racing. A version of this motor is also used in the Cadillac DPi-V.R, with ECR building the motors for that car as well. Power is sent to the rear-wheels through a dedicated sequential racing transmission with paddle shifters.

If you’ve ever been curious what it’s like to be inside an IMSA prototype, you really won’t want to miss the onboard video embedded below. The Corvette C8.R, by the way, is expected to make its official debut later this year.