Earlier this month, Lingenfelter announced a new supercharger kit for the Chevrolet Colorado ZR2. The highlight feature of that package is a major power bump for the 3.6L V6 LGZ engine, going from the stock 308 horsepower to 416 horsepower. That 35 percent bump in power is thanks to an Edelbrock supercharger.

Since then, GM Authority has taken to compare the supercharging kits, and spoke with Mallet Performance Cars – which was first to offer a supercharger solution for the Chevrolet Colorado and GMC Canyon way back in 2015. The North Carolina-based tuning firm has provided some interesting information that calls the Lingenfelter offering into question. 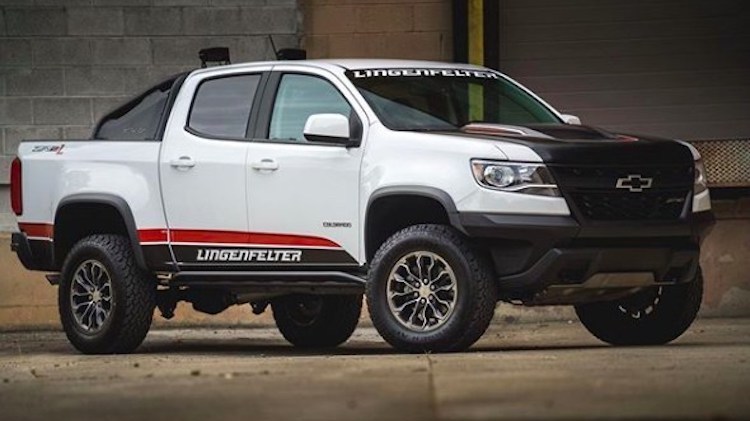 First, let’s compare the two kits. Both use Eaton-based superchargers, with Lingenfelter using a TVS R1740 while Mallett Performance using a TVS R1900. The numbers refer to the amount of air, in cubic centimeters, that the blowers push per rotation. Generally speaking, a smaller supercharger will have to be spun harder, using more boost to make as much power as a larger supercharger being spun at a slower rate and running on less boost. 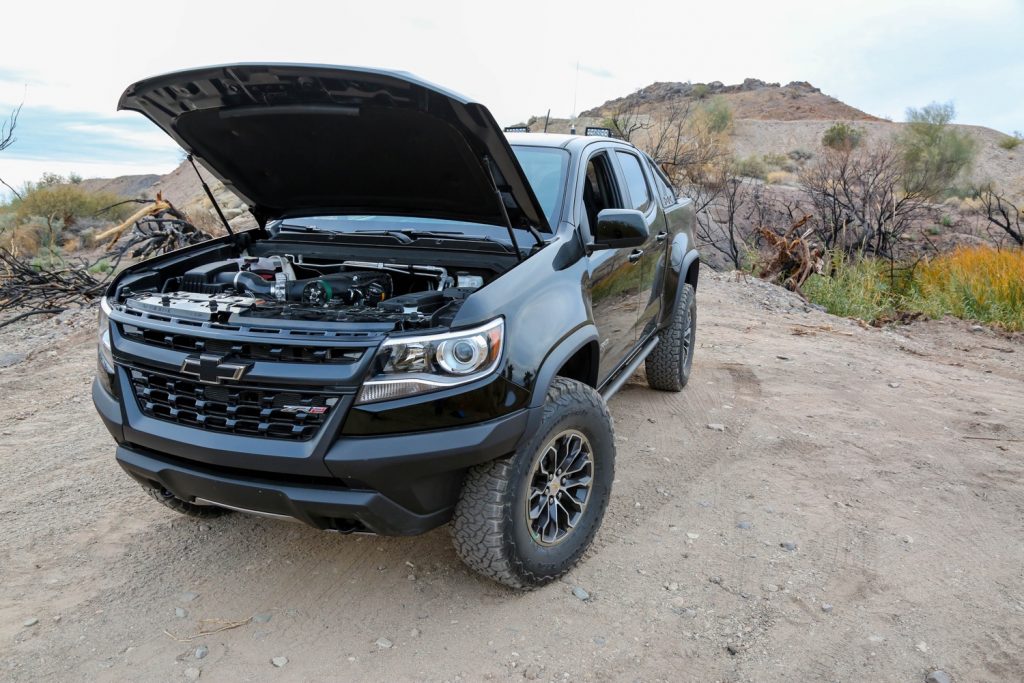 The Mallett kit produces 361 horsepower and 332 pound-feet of torque at the wheels, and “that’s on a conservative, heat-soaked pull,” the firm tells us. Meanwhile, Edelbrock – which supplies the supercharger for the Lingenfelter kit, claims its kit is good for 345 horsepower and 306 pound-feet of torque at the wheels. The slightly lower power figure for the Edelbrock unit is understandable due to the smaller blower. However, Lingenfelter advertises 416 horsepower for its kit, presumably at the crank. As a result, it would seem that Lingenfelter is maxing out what that kit is reliably capable of.

And that is problematic, for a few reasons, the most noteworthy of which is that running more boost through a smaller supercharger tends to generate more heat, which can compromise durability and consistency. In fact, Chevrolet itself applied this very principle when sizing the supercharger for the 2019 Corvette ZR1 compared to the Corvette Z06. 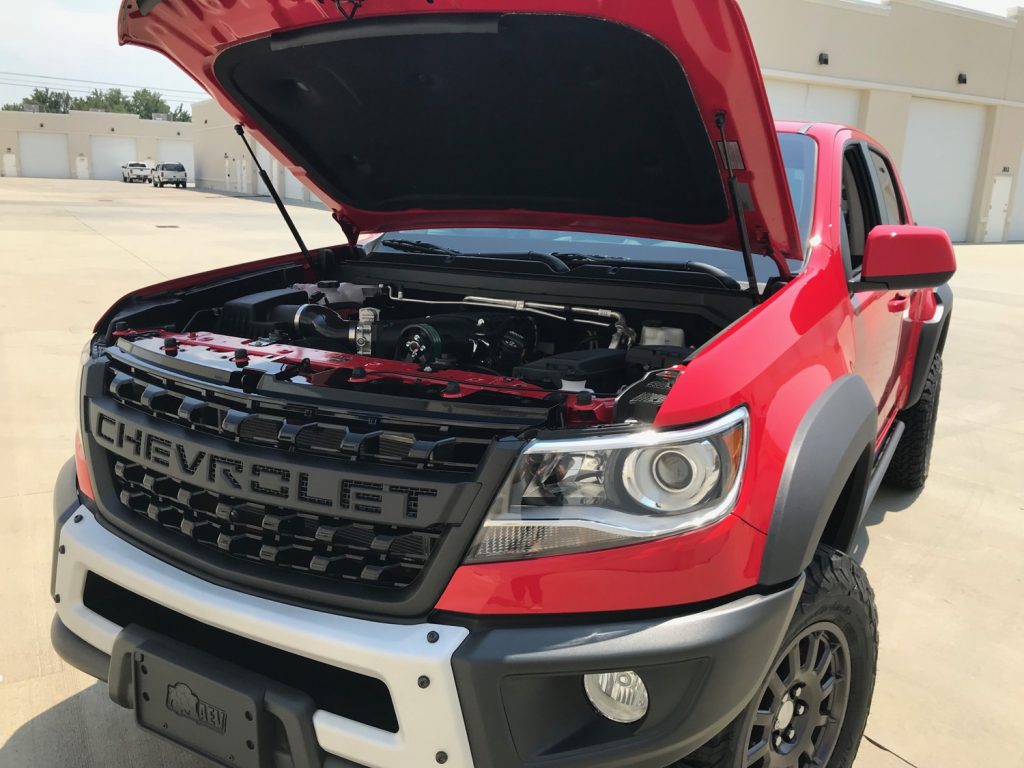 “The key to engine longevity is intake temp and careful tuning”, Mallett tells us. The cool air being run through the TVS1900 used by Mallett keeps intake temps down. The company then adds Fluidyne intercoolers and a custom reservoir that holds roughly two gallons of coolant to stabilize those temperatures. That enables the Mallett system to “run wide open all day without any thermal issues.” Meanwhile, the Edelbrock 1740 in the Lingenfelter system will pull more heat into the air, while featuring a smaller reservoir. Hence, the kit will likely have trouble performing consistently when placed under heavy loads, such as being driven at high altitudes, towing, or towing at high altitude.

Of course, different dynos with different calibrations are going to produce different numbers, but the rest of the Lingenfelter kit seems to be on just as shaky of ground due to the drive belt. The Lingenfelter kit extends the standard five-rib drive belt to also drive the blower. That belt is perfect for driving the alternator and AC compressor, but its use in also powering the supercharger isn’t necessarily ideal, since an overburdened belt can quickly become the weakest link of an integrated system. If it fails, it can cause the entire truck to not run. By comparison, Mallett uses a bespoke eight-rib belt, with “the best idlers and tensioner in GM’s inventory and the best belt Gates makes.” 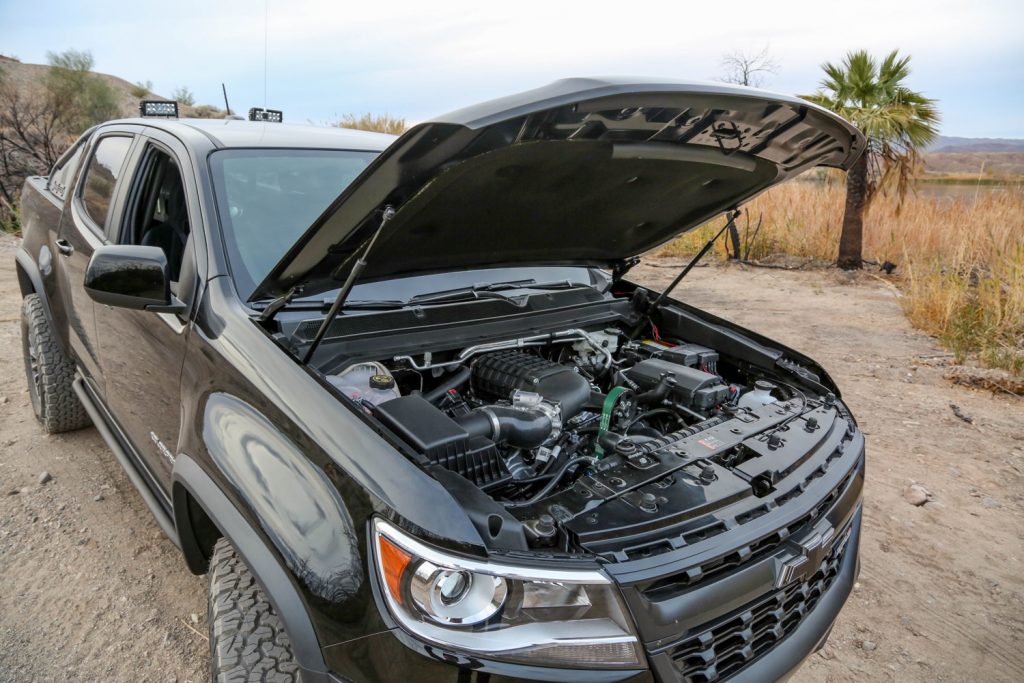 As an independent publication, GM Authority has no stake in the game, but when there are multiple aftermarket options available, buyers and bound to cross-shop. This is what Mallett Performance has told us thus far, but seeing that the Lingenfelter kit has yet to be released, the truth will out once it hits the streets. The only wild cards here are the price, with the Mallett kit coming in at $7,200. Pricing for the Lingenfelter kit has not yet been announced.