We just turned in a 2019 Cadillac XT4 after spending a week with the new compact crossover. During our time with small luxury CUV, we measured the MPGs using the onboard meter to get an idea of the real-world Cadillac XT4 fuel economy. Here’s what we came away with.

Over the course of a 290 mile period, our XT4 Sport averaged 20.0 miles per gallon between mixed city and highway driving, which included a significant amount of hard acceleration. In fact, we would go so far as to say that we pushed the little crossover any chance we got (in the confines of public safety, of course), while also keeping it in AWD mode during the overwhelming majority of those 290 miles. 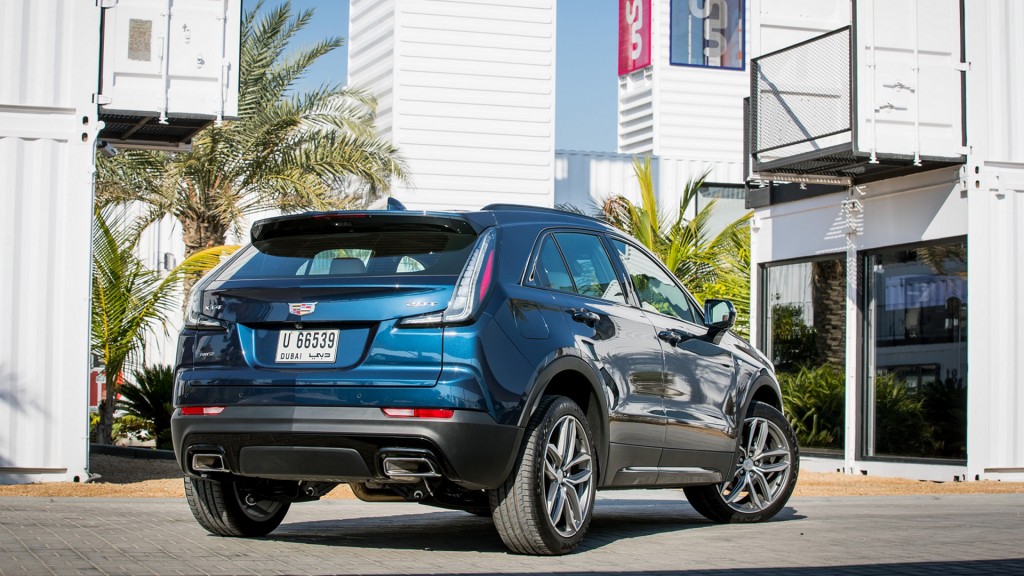 So, the fact that we got 20 MPG while pushing the XT4 is quite impressive. When not pushing the small CUV on the highway, we saw the MPGs climb into and stay in the 34 MPG mark in AWD mode and 36 MPG in FWD mode. In other words, the XT4 can be a very efficient vehicle while being driven in the 65 miles per hour range.

To note, the 2019 Cadillac XT4 is powered by a turbo-charged 2.0L I-4 LSY engine with TriPower elements rated at 237 horsepower and 259 pound-feet of torque. Power is plentiful from the boosted four-banger, which is mated to a quick-shifting GM 9-speed automatic transmission.

One small but important side note: premium gasoline is recommended but not required in the Cadillac XT4. We experienced the vehicle on both 87 and 91 octane, and felt a notable improvement in overall refinement, performance, sound and fuel economy when running on the more premium gas. So if that kind of thing matters to you, spring for the good stuff at the pump.

We’ll have much more on the XT4 in the very near future, so be sure to subscribe to GM Authority for more Cadillac XT4 news, Cadillac news, and around-the-clock GM news coverage.