IndyCar drivers Alexander Rossi and James Hinchcliffe will race in the Bathurst 1000 later this year in a Holden Commodore.

The two drivers and personal friends will contest the world famous endurance race in a wild card entry prepared by Walkinshaw Andretti United. The ZB Holden Commodore will carry the No. 27 – which has been used by both Rossi and Hinchcliffe at various points in their careers and also adorns other Andretti-prepared cars in other race series.

“It’s 100 percent a bucket list item,” said Rossi. “It’s in one of those six big races alongside the likes of the Indy 500 and 24 Hours of Le Mans. Bathurst is right up there, so to be able to have this opportunity to do it with Walkinshaw Andretti United and still be close to home with the Andretti Autosport connection is very cool, and I can’t wait to get started.” 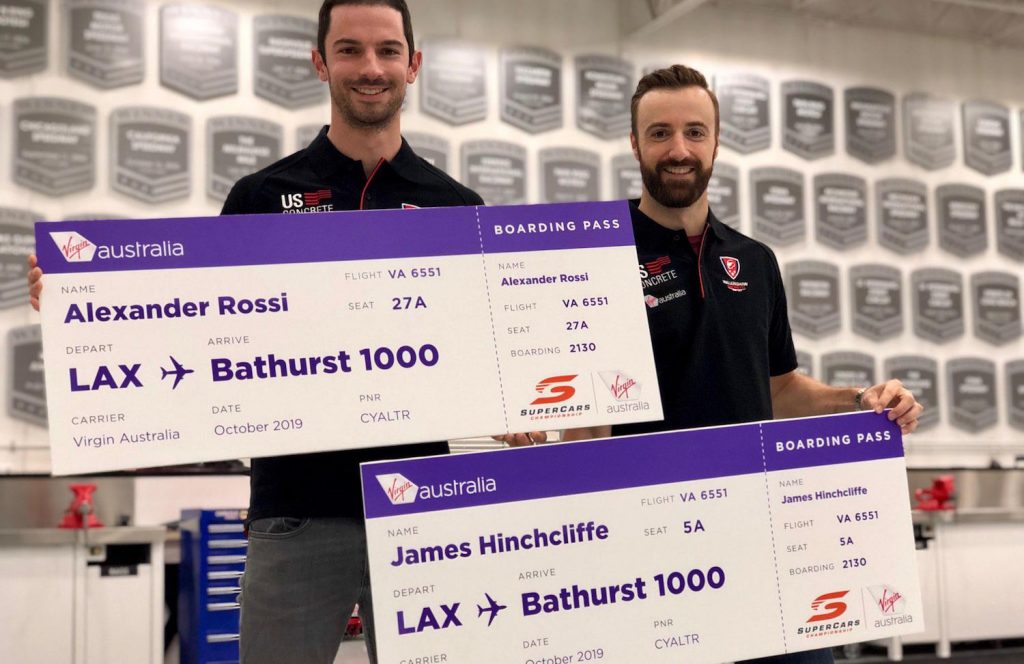 Walkinshaw Andretti United is run in part by Andretti Autosport, the team that Rossi races for in IndyCar. Hinchcliffe, meanwhile, races for Arrow Schmidt Peterson – which recently signed a partnership deal with McLaren Racing for 2020. McLaren is of course run by American businessman Zak Brown, who also runs United Autosport – the third prong in the Walkinshaw Andretti United operation.

This likely means that the Bathurst 1000 will be Hinchcliffe’s first as a General Motors driver, with the newly minted McLaren Arrow SP squad switching to Chevy power for next year. Hinchcliffe was, up until recently, a brand ambassador for Honda in his home country of Canada.

The Canadian driver knows that performing well in the grueling Bathurst 1000 is a tall order, but believes Rossi and him are up to the task.

“For sure it’s a big ask, we are neophytes to the car, to the track, to everything involved, but I think we are both competitive and Alex is an immensely talented guy, a very driven guy, and together we can push ourselves and the team and hopefully not make ourselves look too silly,” he said.