Making the transition from front-engine to mid-engine is never easy, but the 2020 Corvette C8 seems to pull it off with style. Granted, it took several decades to actually happen, but that’s beyond the point. With the engine mounted behind the cabin, the new Corvette C8 offers improved driving dynamics thanks to better balance and weight distribution, just as Zora Arkus-Duntov intended. Luckily, the mid-mounted engine positioning also provides one helluva show, as evidenced by this six-minute, 18-second video.

Posted by YouTuber “Dave B sells Chevy,” the video provides an intimate look around the 2020 Corvette engine bay, as well as the rear trunk. Shot at a local dealer, the camera man moves methodically around the rear hatch, capturing the C8’s powerplant from a variety of angles. 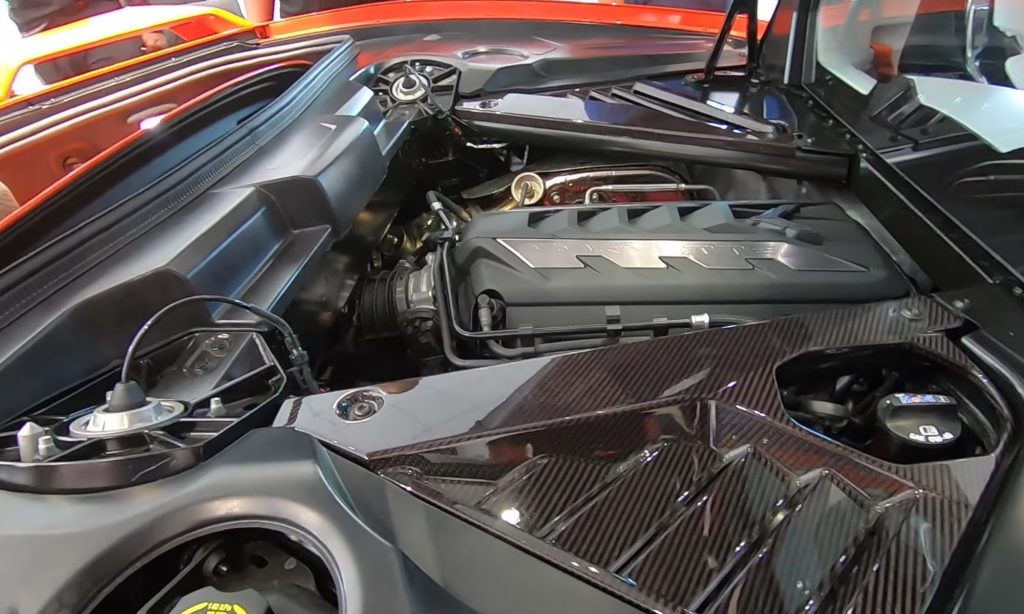 No surprises here – this thing looks great. Sitting just behind the cab, the naturally aspirated 6.2L LT2 V8 is flanked by carbon fiber panels, as well the rear shock towers. The top of the engine gets a louvered plastic cover with metal plaques that read “Corvette,” while additional louvers can be found in the hatch above.

Packaging is tight, and we’d expect anyone looking to add a little forced induction to the mix via a supercharger or turbocharger will need to be pretty clever about it. Those heat shields and exhaust pipes don’t really provide much room to work with, either. 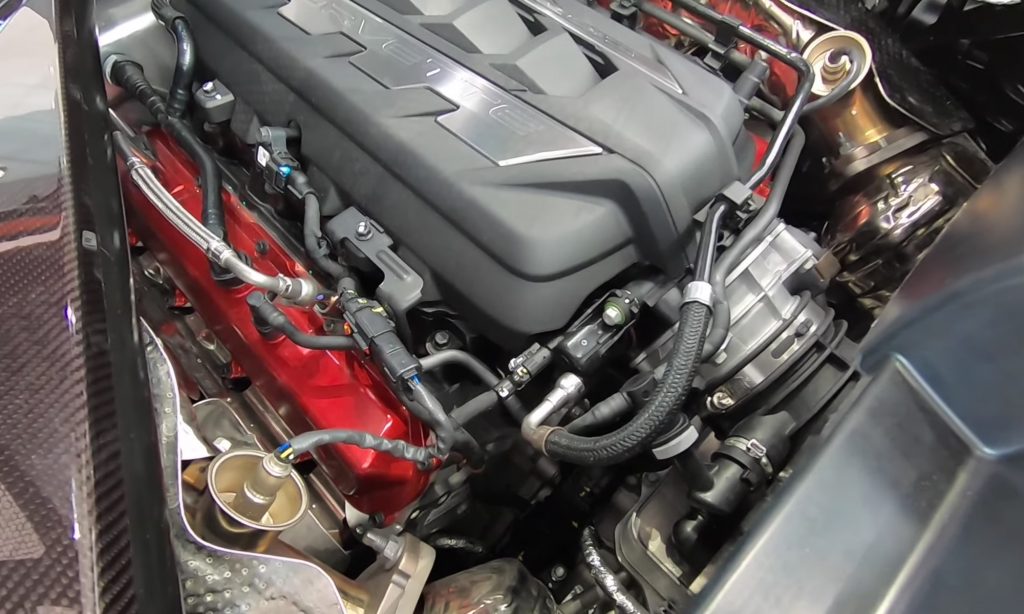 For reference, the 2020 Corvette produces as much as 495 horsepower at 6,450 rpm and 470 pound-feet of torque at 5,150 rpm when equipped with the optional performance exhaust system. All of that go is routed to the rear wheels through the M1L eight-speed dual clutch transmission, enabling a sprint to 60 mph in less than three seconds.

This video also gives us a look at the the rear trunk space. Chevy managed to package the 2020 Corvette with enough room in back to fit the central roof section, which is easily removed on those perfect days when open-top motoring is desirable.

Stick around, and the video ends with a look at the 2020 Corvette cabin space, including the view from the driver’s seat and passenger’s seat, plus all the buttons and infotainment screens as well.

As confirmed by this video, every detail of the 2020 Corvette is aggressive and sharp. The designers really went above and beyond to make this thing look like the world-beating sports car that it is. 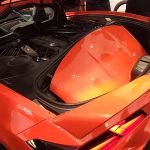 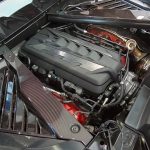 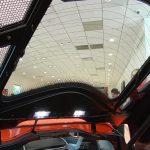 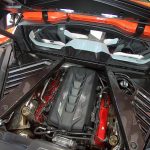 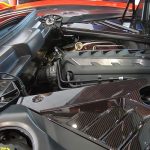 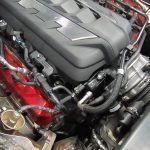 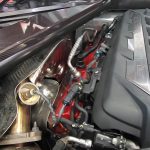 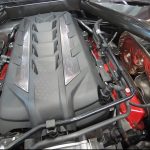