With the debut of the all-new 2020 Corvette C8, it’s easy to lose the outgoing-generation Corvette C7 in the mix. And that’s a shame, considering just how good the C7 truly is. First landing for the 2014 model year, the C7 is definitely worthy of consideration for buyers interested in picking up a mean sports car with impressive performance, head-turning good looks, and – critically – immediate availability. That said, the Corvette C7 isn’t without its faults. As such, we’re taking a look at five reasons to buy the Corvette C7 right now, and five reasons not to.

5 Reasons To Buy The Corvette C7 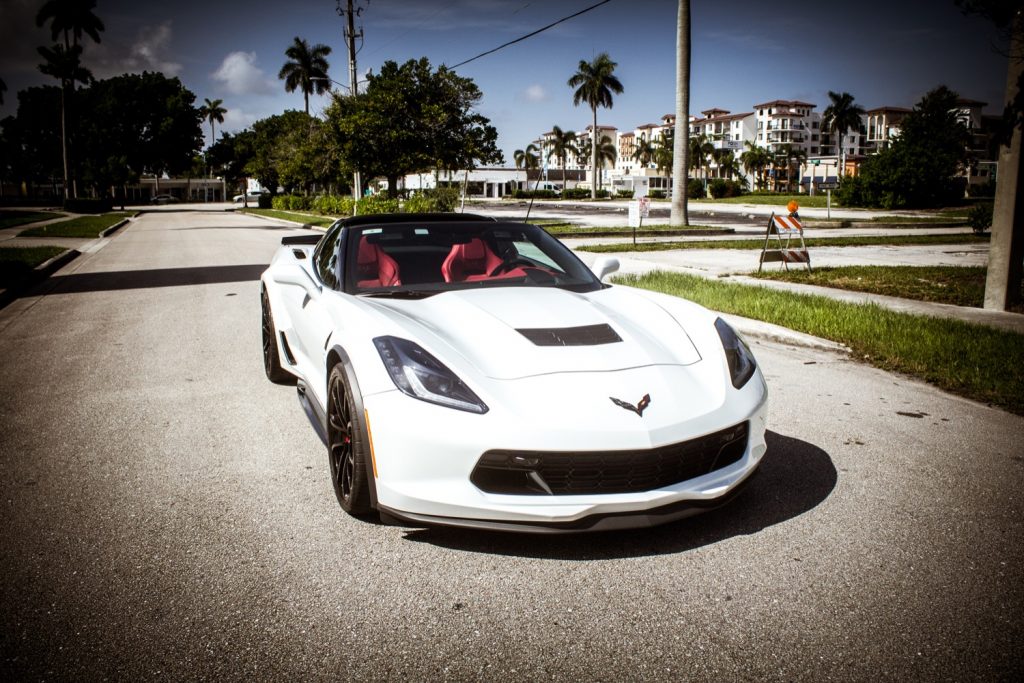 Unsurprisingly, Chevrolet and dealers are scrambling to offload remaining C7 inventory to make room for the new Corvette C8 when it launches in December, and the full pricing of which is expected on August 15th. And that means interested buyers can get a great deal on a brand-new C7 right now, with Chevrolet officially offering over $9,000 in discounts and some dealers slashing prices by as much as $15,000. For those buyers who don’t care about having the absolute latest model year, the Corvette C7 is looking like one helluva deal. 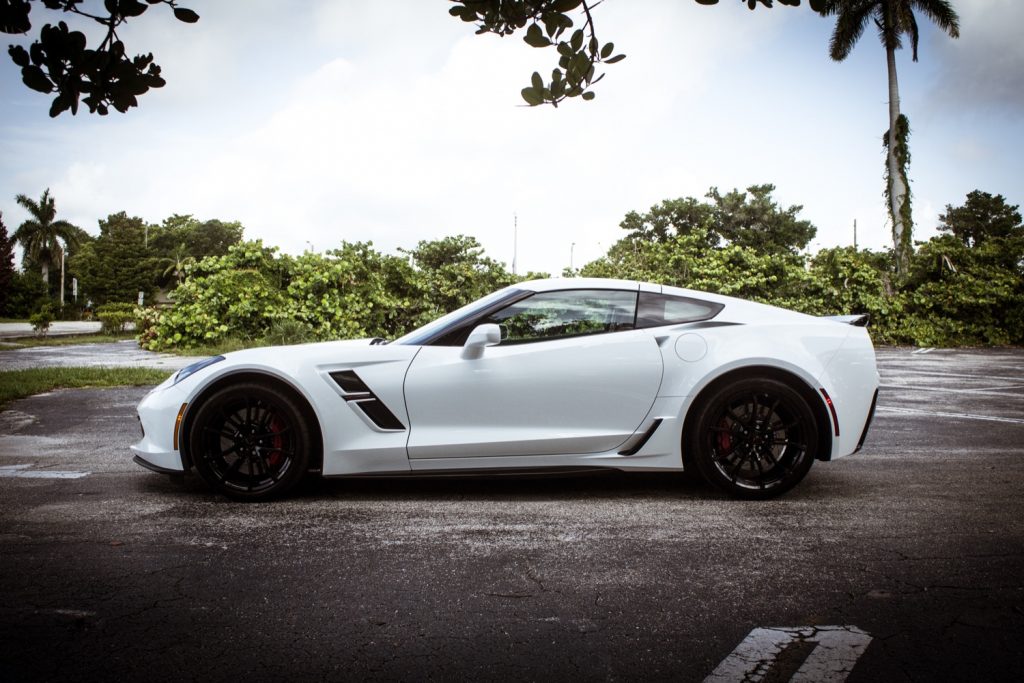 With the C8’s transition to a new mid-engine layout, it’s looking like the Corvette C7 will be the very last front-engine Vette ever produced. That’s significant, especially after roughly seven decades of placing the motor in front of the cabin. What’s more, beyond the obvious historical significance, some folks simply prefer the driving dynamics of a front-engine, rear-wheel-drive platform (did someone say “drift it”?). 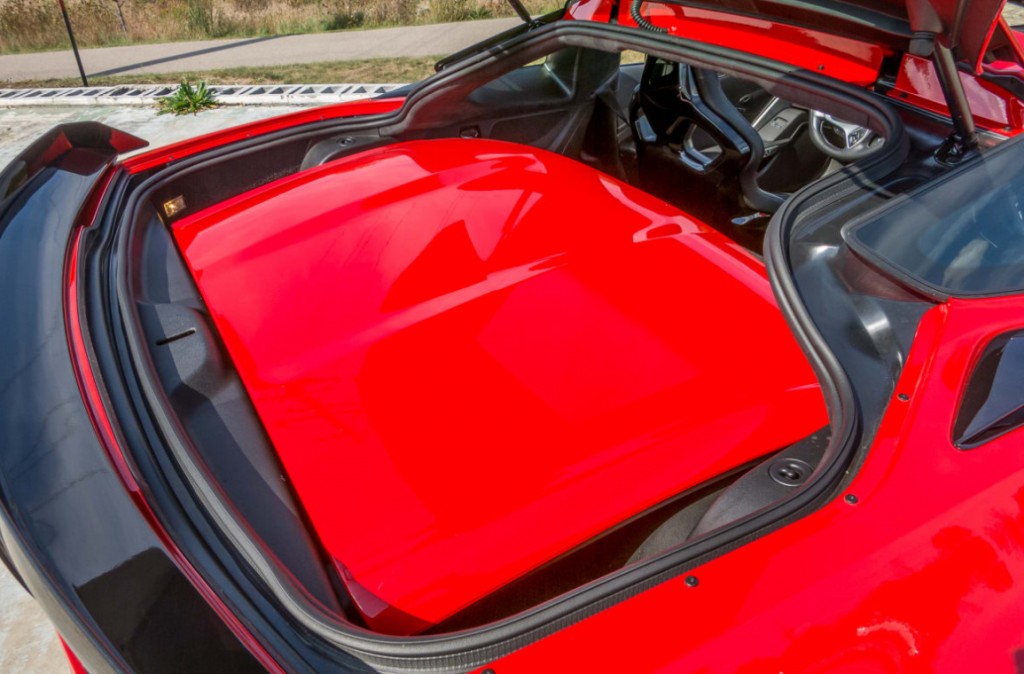 With as much as 15 cubic-feet of cargo space in the trunk (10 cubic-feet with the Convertible model), the Corvette C7 is outrageously practical for a high-end sports car. For those buyers planning on packing their bags and heading out for a weekend or even those who want to be able to carry lots of stuff to and from the big box store, the C7 is definitely the right choice. 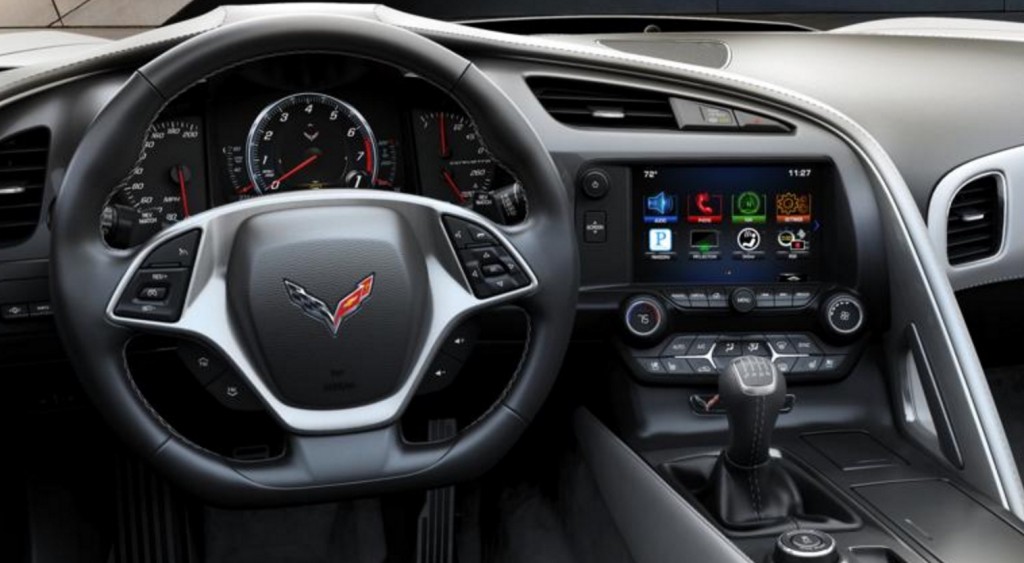 For those enthusiasts who enjoy having three pedals at their feet, the fact the C8 only offers the new M1L eight-speed dual-clutch automatic transmission is a bit of a downer. No such problems with the late-model Corvette C7, which offers both an eight-speed automatic and seven-speed manual. 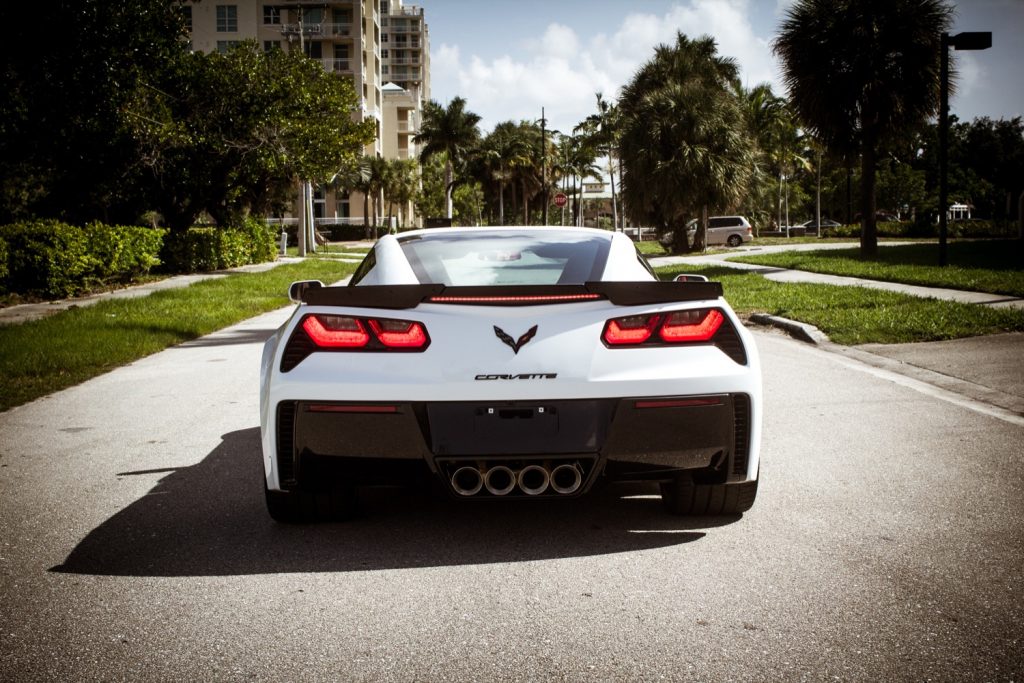 No bones about it – the Corvette C7 is a truly wonderful automobile. It does everything expected of it and a whole lot more. In fact, our very own Alex Luft currently owns one.

“Whether standing still or going fast, the C7 is incredible in every sense of the word,” says Luft.

5 Reasons Not To Buy The Corvette C7 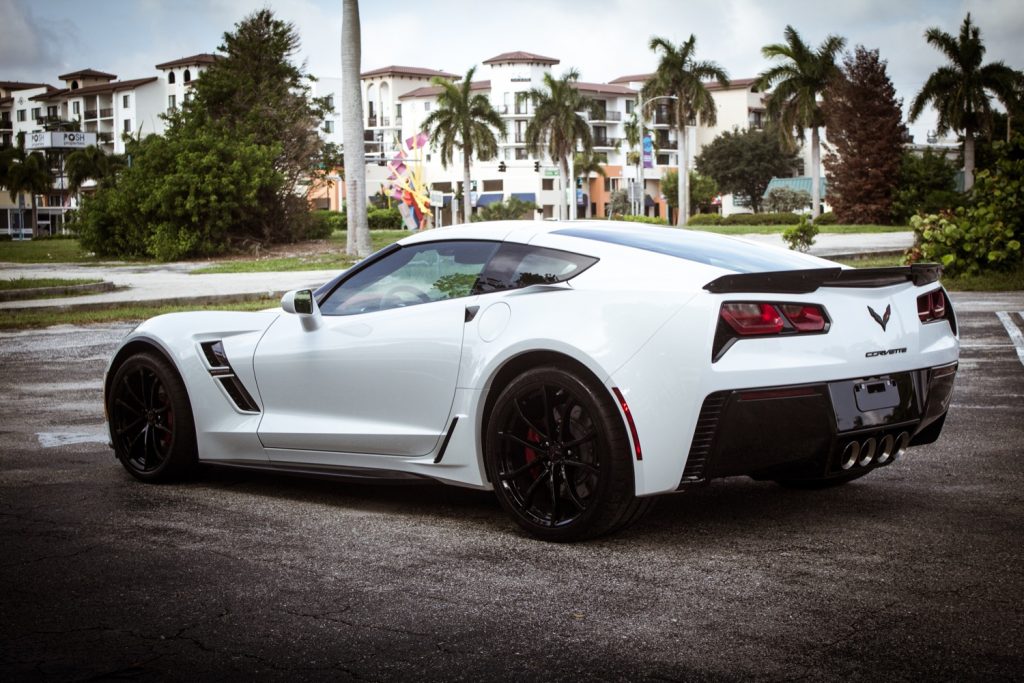 1. The C7 Is Now Discontinued

The next-gen 2020 Corvette C8 completely replaces the outgoing C7, which means anyone who buys one is essentially picking up an outdated product. And that can really stick in the craw of some.

2. The C8 Is Quicker, More Powerful

With 495 horsepower on tap when equipped with the optional performance exhaust system, the C8 is the most-powerful “base” Corvette ever created. Throw on the the Z51 Performance Package, and it’ll run to 60 mph in less than three seconds. Compared to the base-level Corvette C7, which offers 455 horsepower and a 3.8-second 0-to-60 mph time, the C8 is far and away the better performer. 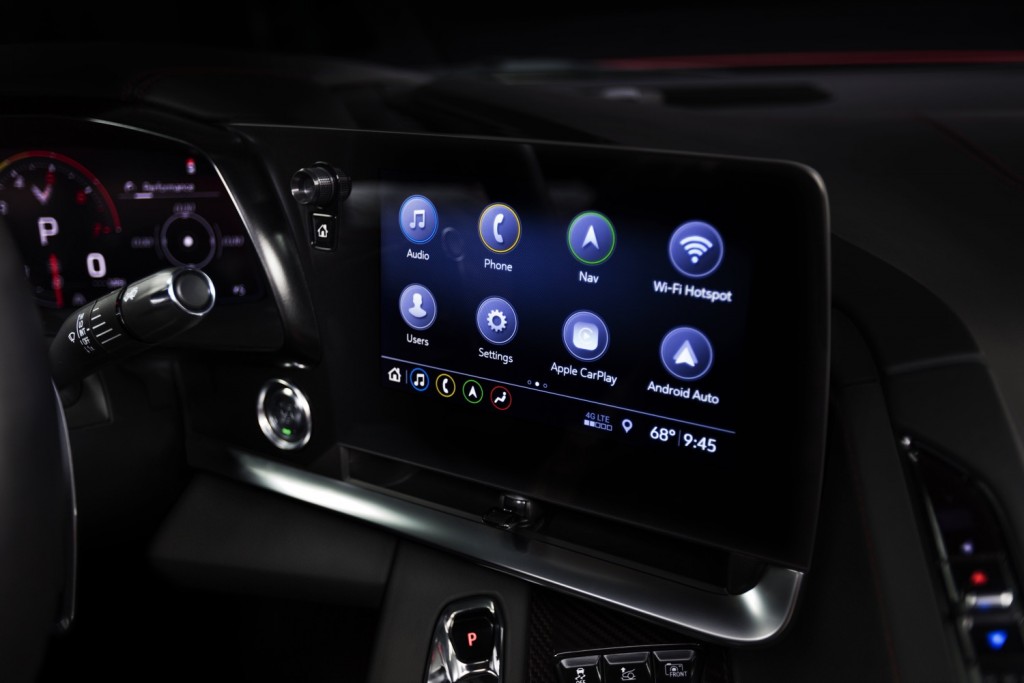 Not only does the 2020 Corvette offer better performance, it also comes decked out with the latest infotainment gear and active safety features, not to mention the rear camera mirror for better rearward visibility. The C7 is old hat by comparison.

There’s a reason the top echelons of motorsport mount the engine in the middle of the car: driving dynamics and handling agility are maximized when most of the weight is centered between the axles, hence the C8’s move to a mid-engine format. Meanwhile, the old-school, front-engine Corvette C7 could look a little archaic by comparison. 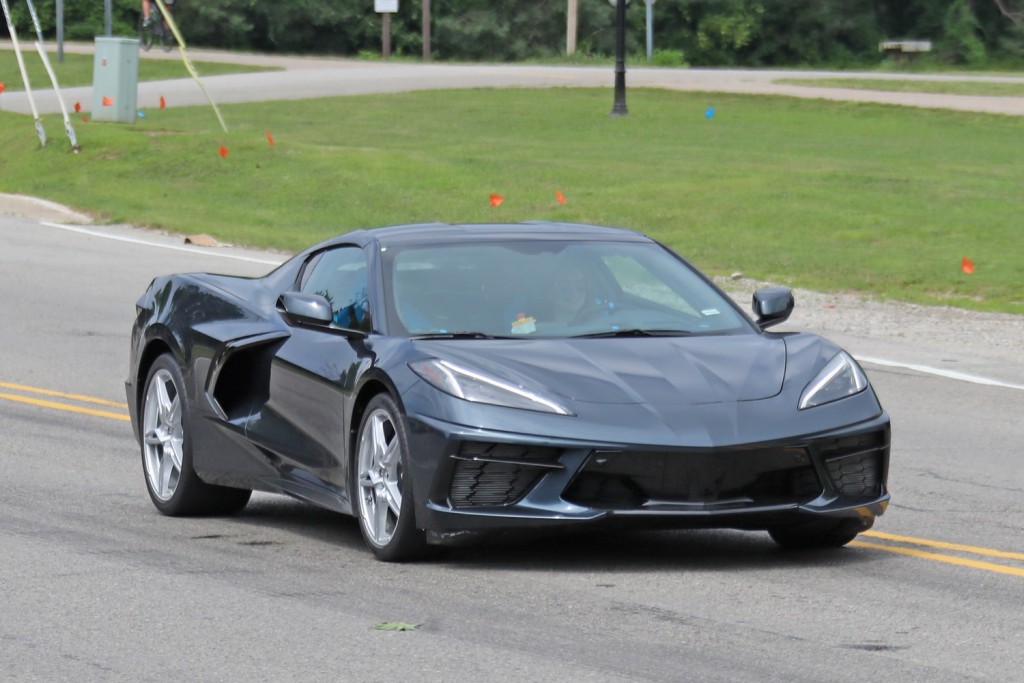 5. All-Season Tires Are Standard With The C8

For the very first time in the history of the Corvette nameplate, the C8 comes standard with all-season tires. For those folks who actually want to drive their vehicle most of the year, this is huge, as the Corvette C7 is only equipped with summer rubber, limiting the conditions in which it can be driven without a tire swap. 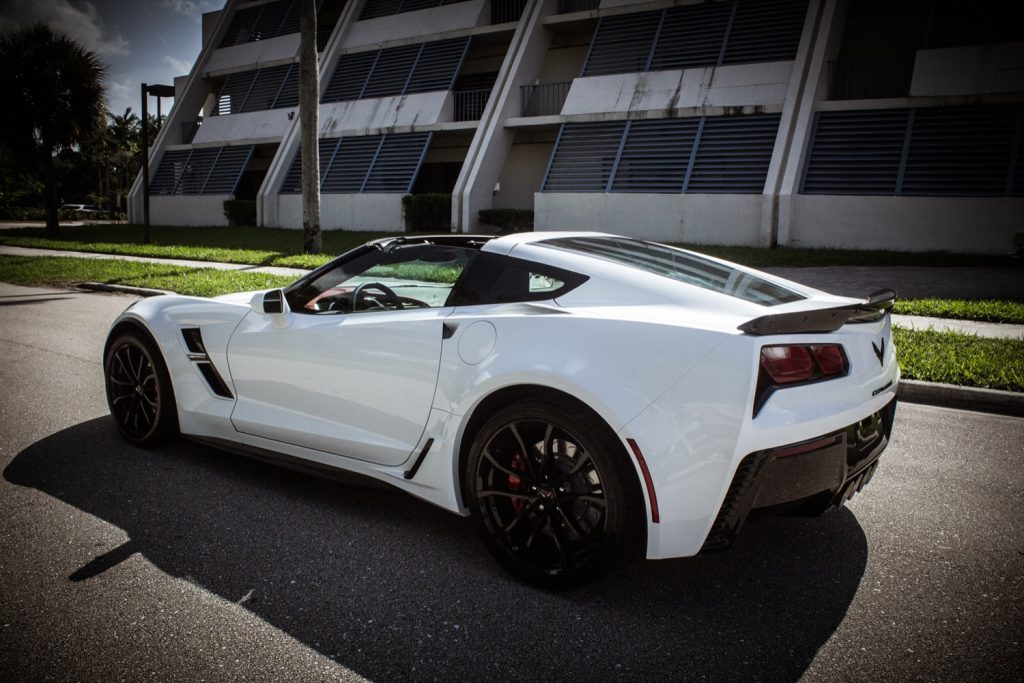 Looking to pick up a Corvette C7 for yourself? Or maybe you’re leaning towards a C8 instead? Let us know your reasons to buy (or not to buy) a C7 in the comments section, and don’t forget to subscribe to GM Authority for more Chevrolet Corvette news, Chevrolet news and around-the-clock GM news coverage.