The Chevrolet Equinox first arrived for the 2005 model year, with the latest third-generation model dropping for the 2018 model year. Now, GM is prepping a model refresh (midcycle enhancement) for 2021, and we just spied a 2021 Chevrolet Equinox prototype undergoing testing, giving us our best look yet at the updated crossover.

Despite the vast amounts of camo at the front, the updated Equinox will sport the latest evolution of Chevrolet’s current crossover design language, which was initially introduced by the new Chevrolet Blazer. But unlike the Blazer, the 2021 Chevrolet Equinox will be a bit more subtle with regard to the overall aesthetic. 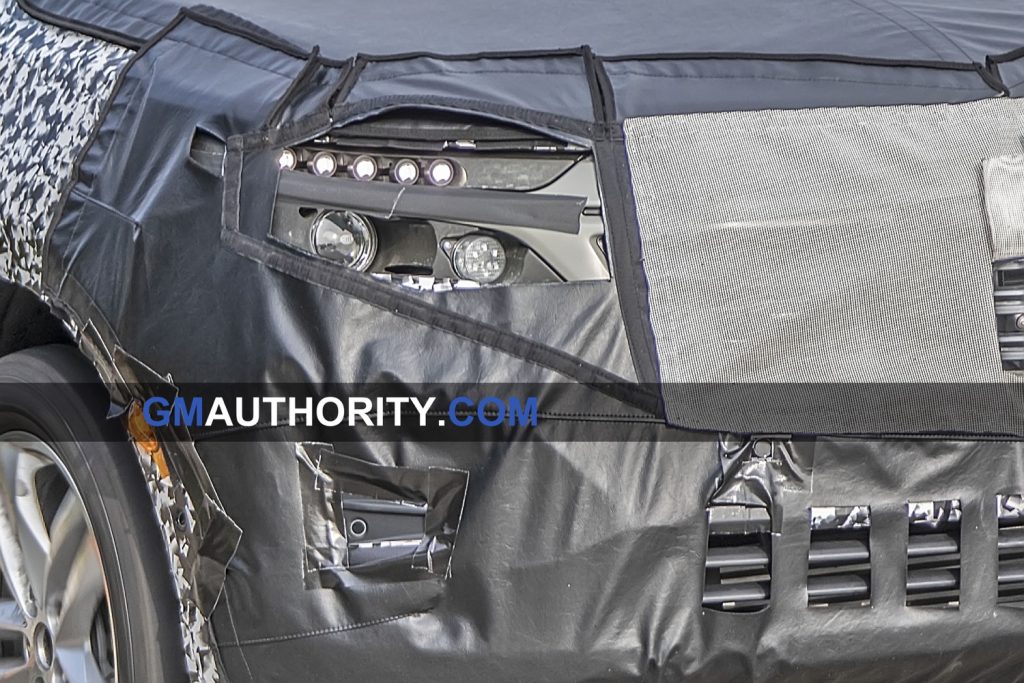 Up front, this prototype features a new two-tiered headlight design, including a high-tech-looking upper LED lighting signature and daytime running lights. The lower projector-style lamps will provide the majority of forward illumination, and they may be replaced with LED reflectors on higher-end trim levels.

Clearly, these prototype headlights are placeholder units, given that they are missing inner graphics and lens covers. That said, we expect the overarching look to be carried over to the production model.

Also, notice that the two-tiered lighting setup seen here is not as extreme as on the Blazer. Instead, the vertical space between the thin DRL  strip and the primary headlight is very small, so we’re calling this implementation “two-tiered lite.” 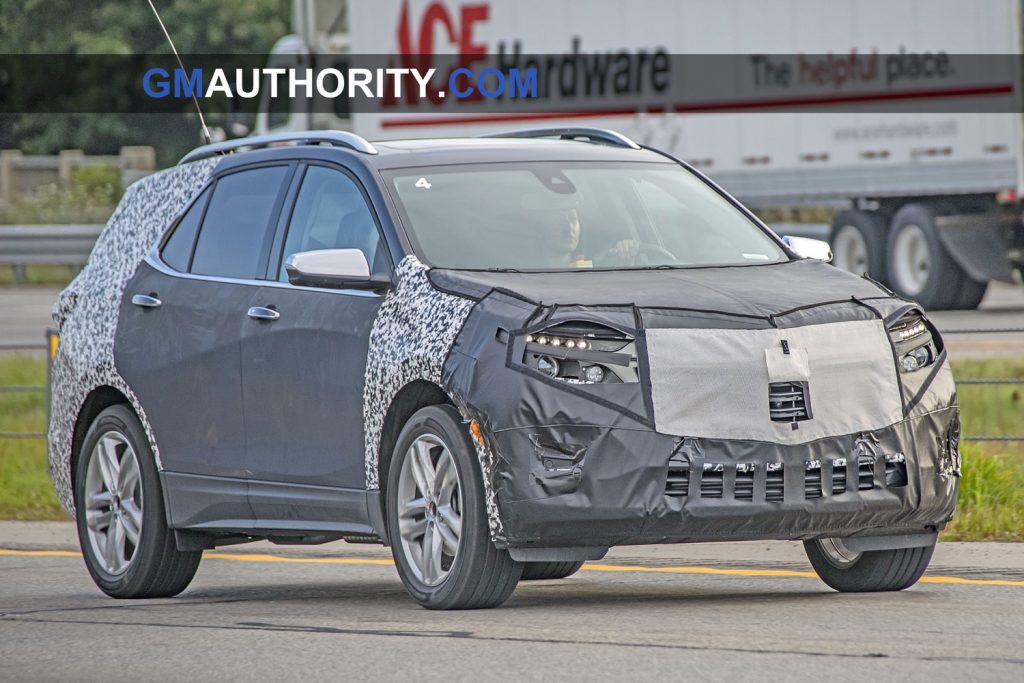 Further front fascia changes will include a reshaped nose, with a redesigned grille and a wider center bar. The lower grille insert also looks new, with new dividing lines. That flap in the grille cover indicates the presence of a forward-facing camera to deliver the advanced 360-degree surround vision.

The side profile of the 2021 Chevrolet Equinox is expected to continue untouched, as the changes will be applied to the front and the rear.

Moving around back, the refreshed ‘Nox will come with new tail lamps to match the refurbished front end. This prototype isn’t giving away too many secrets thanks to all the black-and-white camo, but it seems clear that redesigned tail lamp housings and a new rear fascia design are a given. 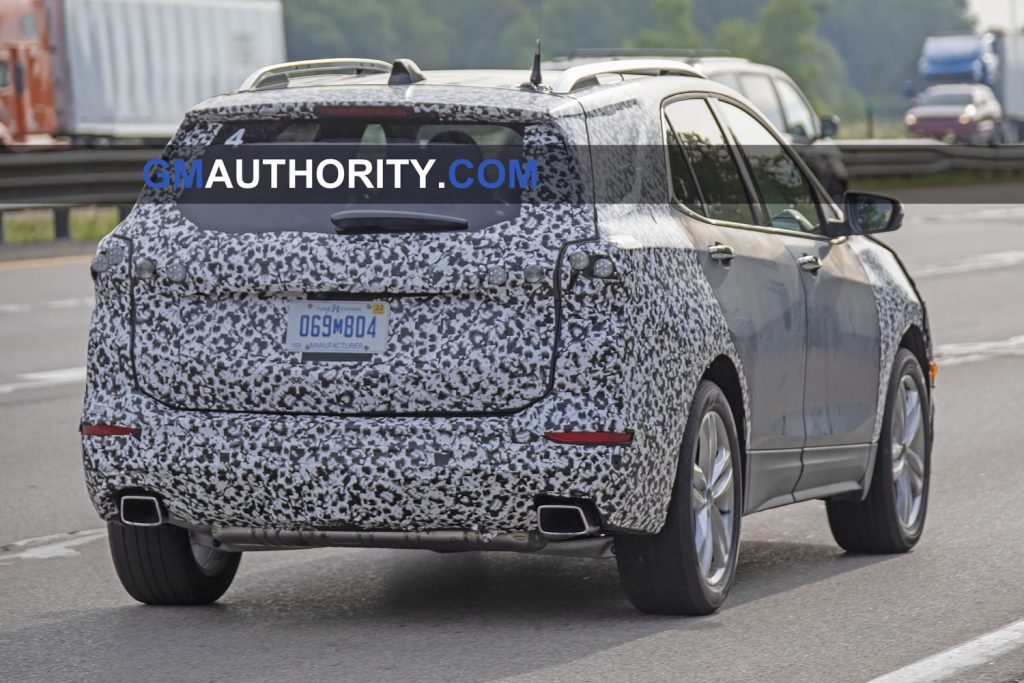 This particular 2021 Chevrolet Equinox prototype is believed to be the the Premier trim level, as evidenced by the dual trapezoidal exhaust tips.

The wheels, meanwhile, appear to be the optional 19-inch units with a Bright machined finish and Sparkle Silver pockets (RPO code PJT).

Beyond the lighting, the 2021 Chevrolet Equinox should also offer some updates to the interior, and potentially the powertrain as well. We’ll cover it all, so subscribe to GM Authority for more Chevrolet Equinox news, Chevrolet news and around-the-clock GM news coverage.