The 2020 Corvette C8 has no shortage of impressive facts and specs to call upon. For example, when equipped with the optional performance exhaust system, the new 6.2L V8 LT2 engine in the C8 Stingray churns out a heady 495 horsepower and 470 pound-feet of torque, 40 horsepower and 15 pound-feet more than the standard Corvette C7 it replaces. Throw on the Z51 package, and 60 mph arrives in less than three seconds, making for the quickest entry-level Chevrolet Corvette ever created. Awesome stuff all around, and that awesomeness continues into the cabin, where the C8 offers the most powerful Bose sound system the audio company has ever equipped in a two-door sports car. The 2020 Corvette sound system houses 14 speakers that surround the driver and passenger to create a vast array of aural entertainment. Speakers are mounted in the doors, in the dash, and also in the rear of the cabin, creating a complete sphere of sound to enhance listening pleasure.

The layout is smart too. For instance, Bose used the door cavity to house the subwoofers, saving on space as a result. Given the new mid-engine layout for the 2020 Corvette, Bose obviously needed to make big changes with regard to stereo tuning when compared to sound systems in previous Corvettes. There’s also a number of technologies on board to enhance the system, including AudioPilot, which uses microphones scattered around the cabin to analyze ambient sound and then self-adjust the system to offer greater clarity.

Bose first began supplying audio equipment for the Corvette in the 1980s, and it’s great to see the company still delivering top-notch stereo equipment for the 2020 model year. It’s also worth noting that this latest 14-speaker Bose system is an available option offered as a substitute for the standard 10-speaker audio system.

Furthermore, we also have to mention that the upcoming 2020 Corvette Convertible will come with a foldable hardtop roof, which should result in better noise, vibration and harshness (NVH) characteristics inside the cabin compared to a traditional ragtop. And that should ultimately result in better sound quality, as well. 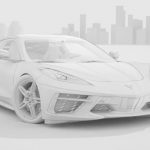 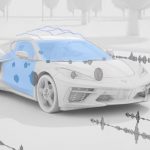 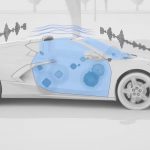 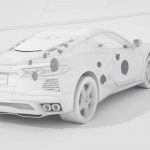 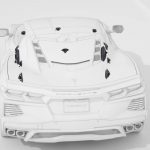 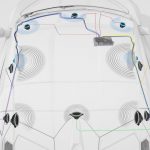 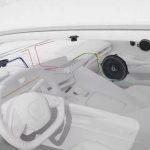 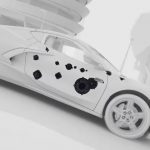