Chevrolet has so far announced the 2020 Corvette C8 as a coupe with a removable roof panel, but some buyers prefer the single-button operation of a full-fledged convertible. As such, the Bow Tie brand is toiling away to make such a thing a reality, as seen with this latest video of the 2020 Corvette Convertible.

We’ve covered the 2020 Corvette Convertible before, showing you various spy shots and rumors on more than one occasion. The upcoming droptop was also teased in an official Chevy video last month. In fact, we spotted a prototype in public not too long after that teaser., and even knocked on the roof panel to confirm that it is, in fact, a hard top. But the video featured here provides yet another up-close-and-personal look at the upcoming drop-top model. 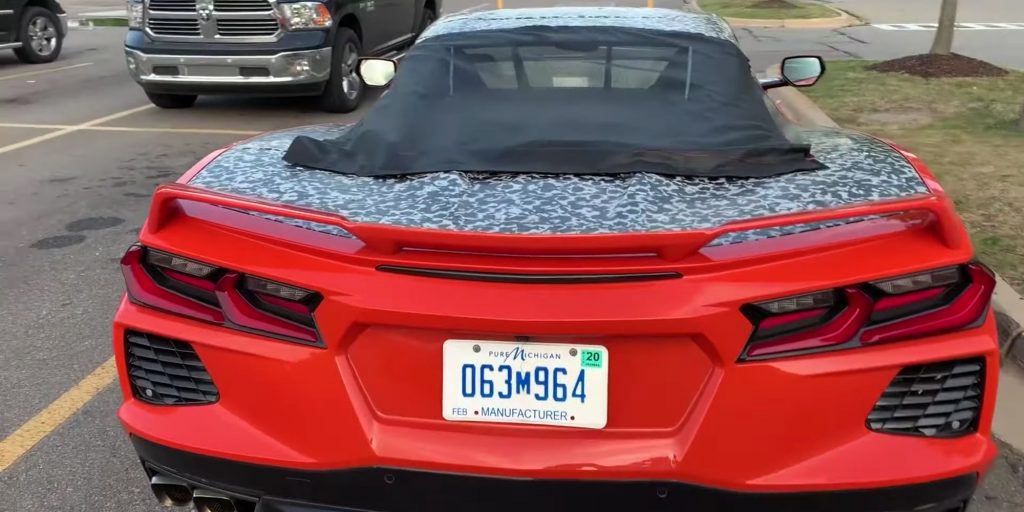 Free of any exterior badging, this 2020 Corvette Convertible prototype is easily identified by the black-and-white camouflage applied to the roof and engine cover section. Indeed, the biggest difference between the Coupe and Convertible is just behind the cabin, which on the droptop appears to accommodate the roof section by allowing it to fold either under or over the engine cover. Large buttresses are seen just behind the headrests, and air vents are placed over the engine. 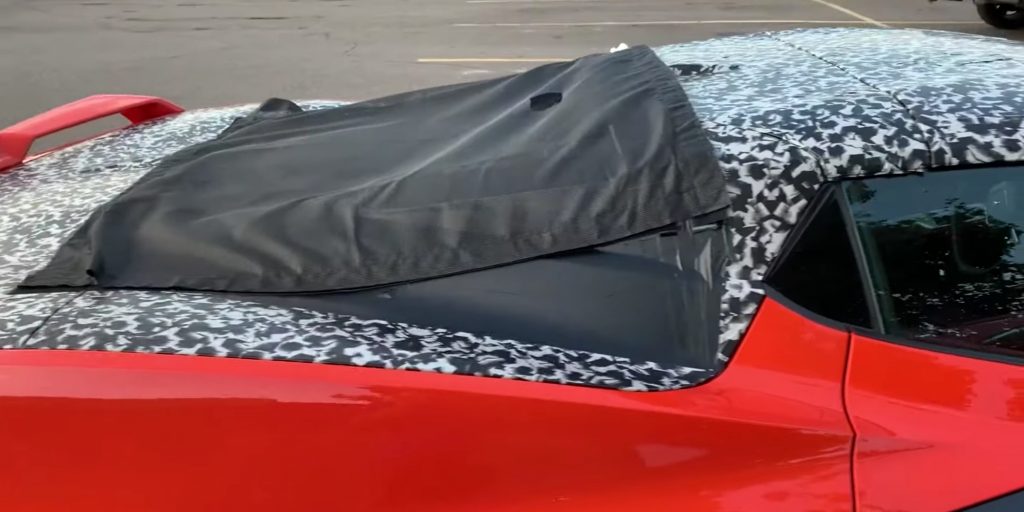 Also notice the lens for the Rear Camera Mirror on top of the roof. Although it’s not clear where it’ll go when the roof is down, this particular example seems to have a cutout in the rear netting to provide the camera with a clear view of what’s behind the vehicle.

The biggest news for the 2020 Corvette Convertible is that it will be a hardtop convertible, representing a major update over previous Corvette Convertible models, all of which were soft-top models. By comparison, a hardtop convertible configuration typically offers improved noise/vibration/harshness (NVH) levels, although the gains are typically offset by higher weight, technical complexity, and price. In the modern world of convertibles, the hardtop is simply the way to go.

The 2020 Corvette Convertible is expected to debut this fall in Stingray form and on on sale by the end of 2019 alongside its coupe variant.

One last note: the video in question refers to the vehicle as a “Spyder” – a term used to describe convertible models by other automakers. From what we know at the moment, the C8 with a convertible roof will simply be called “Corvette Convertible.”