Let’s start outside, where we find the body panels slathered in Carousel Red. The nose is outfitted with a twin-scoop hood, while hideaway head lamps keep it looking exceptionally clean. Five-spoke Rally II wheels sit in the corners.

Meanwhile, a Parchment white interior makes this particular Pontiac GTO color combo rather special, not to mention attention-grabbing. Bucket seats and power steering keep it comfortable. Just ahead of the steering wheel, the driver is entertained thanks to a hood tachometer and set of Rallye gauges. 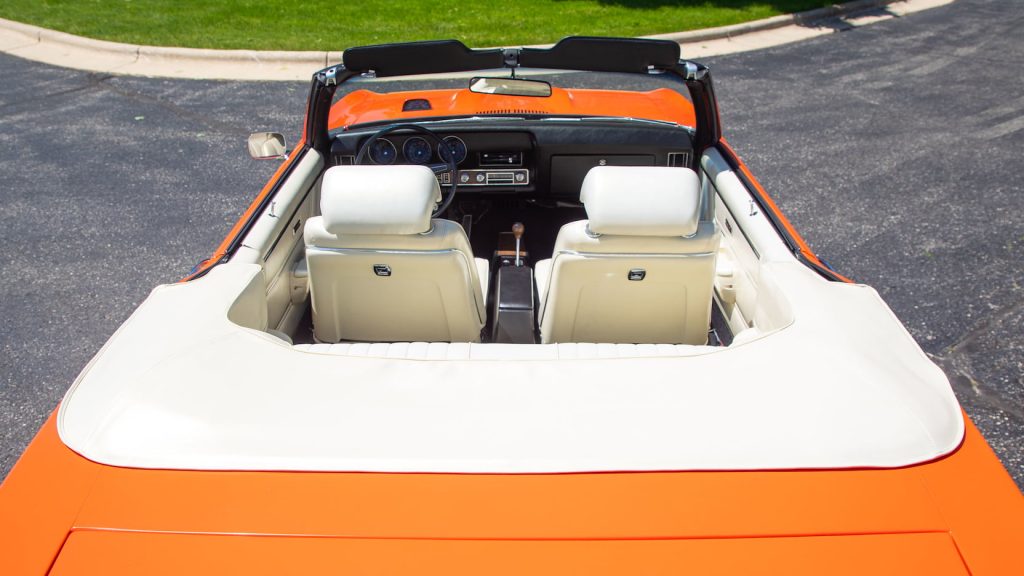 The main party piece is Ram Air IV V8 engine, which blesses the Pontiac GTO with a pavement-twisting 370 horsepower and 445 pound-feet of torque thanks to upgraded heads and larger ports, an aluminum intake manifold, polished valves, and other associated goodies.

Putting it all to the ground is a Positraction 3.90 rear end, as fed by the Turbo 400 automatic transmission. Front disc brakes are in place to help the driver plan their stops without use of a calendar. 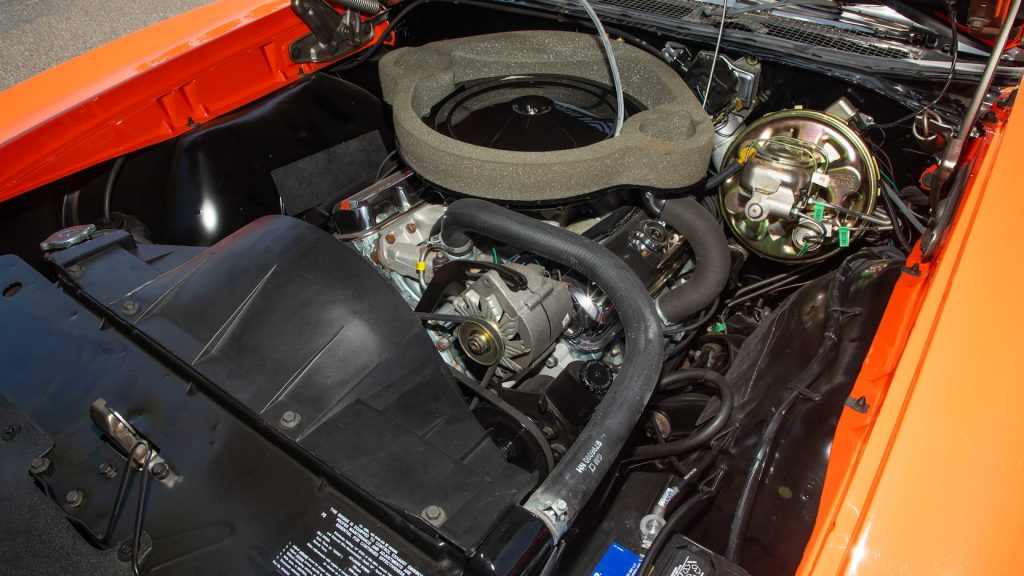 It’s also worth noting that this particular example is one of just 14 1969 Pontiac GTO Convertibles equipped with the Ram Air IV / Automatic drivetrain combo, making it exceptionally rare.

Included is complete documentation, with the trade-in dealer invoice, PHS (Pontiac Historic Services) documentation, ownership history up to 1986, and the original Protect-O-Plate as well.

This Pontiac GTO recently went up on the block at the Mecum Auction in Monterey as Lot F85. Unfortunately, it failed to meet its reserve, rising to $145,000 before bidding ceased. Estimates place it between $160,000 and $180,000. However, that’s good news for parties interesting in acquiring it for themselves, as it’s still available through Mecum’s The Bid Goes On program. 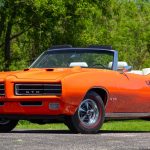 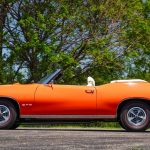 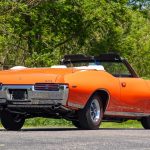 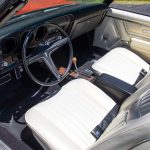 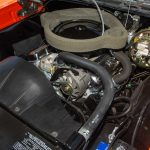 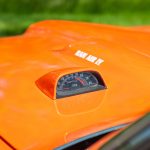 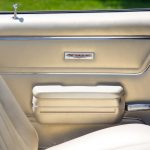 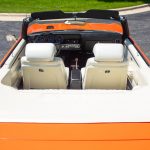