The jaw-dropping piece of machinery featured here is a 1931 Cadillac V-16 Sport Phaeton, with coachwork by Fleetwood.

The Cadillac V-16 was Caddy’s range-topping model whose production lasted more than a decade between 1930 and 1940. A total of 4,076 examples were constructed in that time, most of which were built and sold for the 1930 model year. The 1931 model year saw small improvements compared to its predecessor, as was the case throughout the lifespan of the nameplate, making it a bit tricky to parse out exact model years. However, it’s generally believed that the 1931 model year encompasses those examples that fall between serial numbers 702888 and 703251. 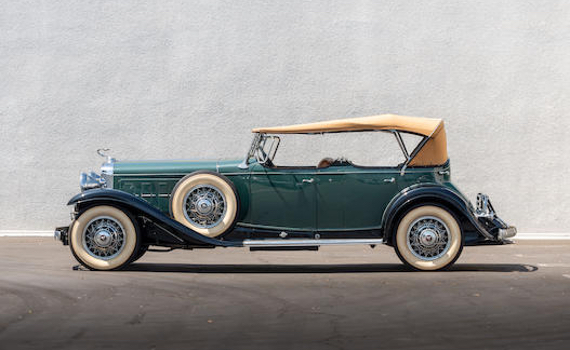 This particular Cadillac V-16 is one of 363 models created during that range, making it a particularly rare find. Furthermore, just 85 original examples of the Sport Phaeton were built, less than 20 of which were for the 1931 model year.

The coachwork seen here is the 4260 Fleetwood sport phaeton design, considered one of the more beautiful and desirable designs used by the early Cadillac V-16 models. 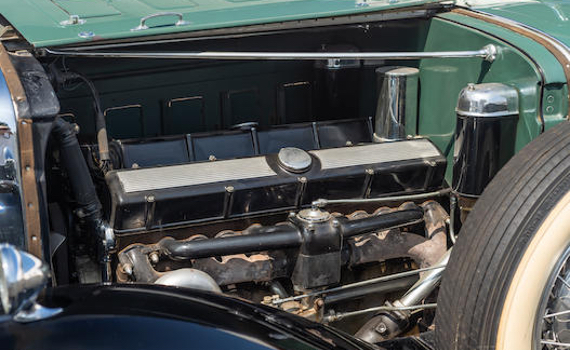 Mounted in the front is a 452 cubic-inch OHV V-16 engine breathing through two twin-choke Cadillac carburetors and producing 165 horsepower at 3,400 rpm when new. A three-speed manual transmission harnesses the output, while front and rear leaf spring suspension and four-wheel drum brakes keep it under control.

Notice the rear windshield, which could be rolled down into the back of the front seat, if desired. Indeed, the rear seat was the place to be in this machine. 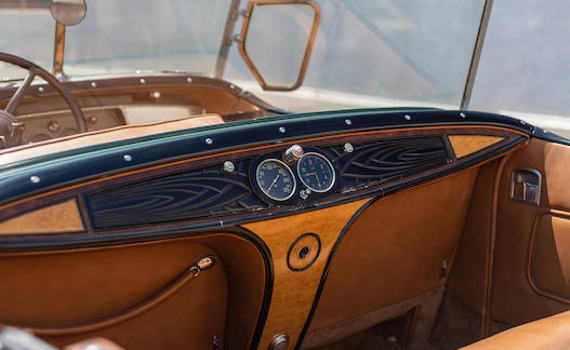 The rear seat also comes with its own instrumentation, so that, as Bonhams puts it, “passengers could monitor the chauffeur’s progress to their satisfaction.”

Delivered as new in Brooklyn, this Cadillac V-16 was originally finished in black and Tunis Blue, with Old Ivory striping, as well as a Burbank cloth top and dual side-mounted spares. The vehicle later received driving lights and wind wings, followed by a restoration that included a new Hunter Green and black finish for the coachwork, plus white striping and a tan canvas top.

The vehicle includes a copy of the original build sheet, a copy of the 1931 V-12 and V-16 service manual, and a complete history and maintenance file from the previous owners. 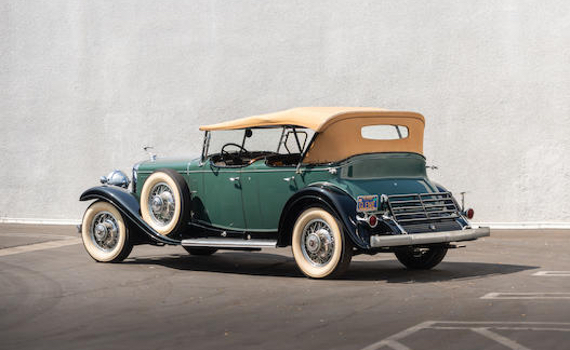 After spending the last few decades as part of a private collection, this 1931 Cadillac V-16 recently sold for $390,000 as Lot 179 at the Bonhams Quail Lodge Auction in Carmel.

All we can say is – take my money. Yes, we know we don’t have enough. What if we threw in this free sandwich coupon? 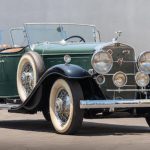 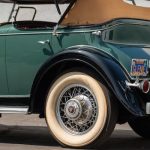 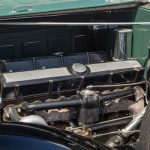 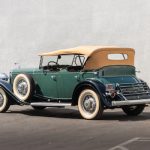 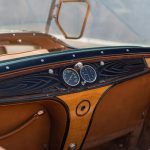 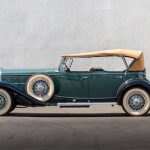 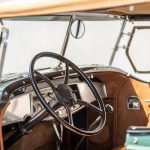