Earlier this month, we reported that General Motors has indeed canceled the development of the sixth-generation Chevrolet Camaro Z/28. In that vein, we’ve decided to pay tribute to the fifth-gen model.

With its 505-horsepower, all-aluminum, 7.0-liter LS7 V8 under the hood and a Dynamic Suspensions Spool Valve (DSSV) damper at each corner, which made it one of the first production vehicles to feature the technology, there’s no questioning the purpose of the Camaro Z/28: to be the most track-capable Camaro ever. To put it more objectively, this muscle car was capable of up to 1.08 g in cornering acceleration and 1.5 g in deceleration. 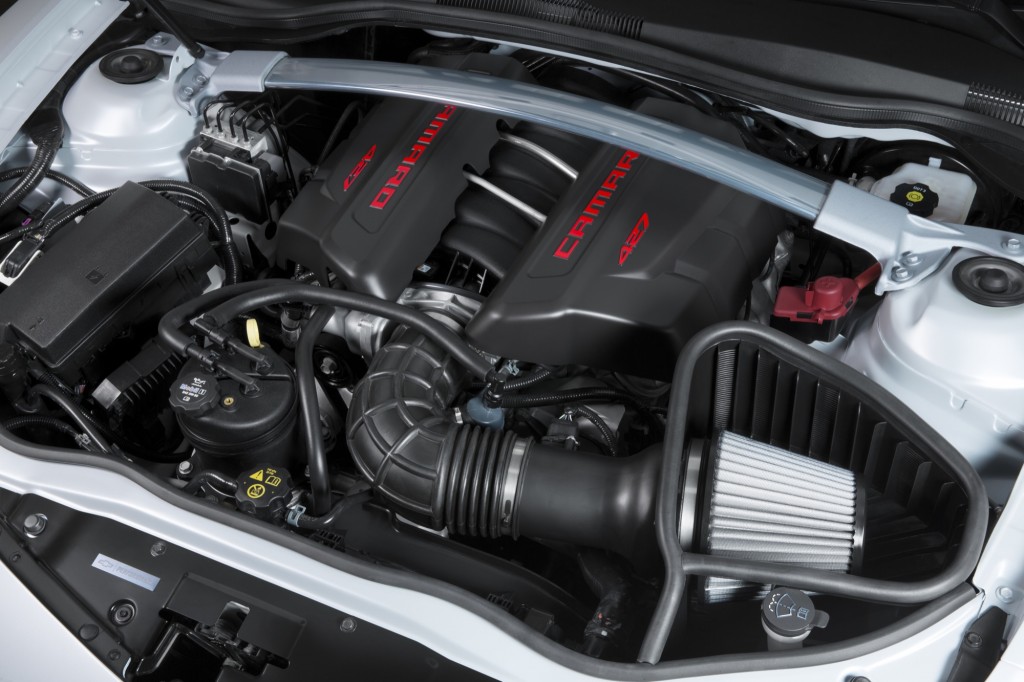 The Camaro Z/28’s LS7 engine is rated at an SAE-certified 505 horsepower (376 kW) and 481 pound-feet of torque (652 Nm), complementing the lightweight vehicle components to give the car its enviable 7.6:1 power-to-weight ratio, while delivering the power and stability to accelerate strongly out of corners and achieve high straightaway speeds.

The robust powertrain and Formula 1-derived suspension are just two of the several characteristics that made the fifth-gen Camaro Z/28 such a potent track weapon. Its aerodynamically-optimized exterior was developed to generate just the right amount of downforce at speed. As a result, the Z/28 produces 410 pounds more downforce than the Camaro SS at 150 mph. In addition to downforce, engineers and designers of the Camaro Z/28 looked for every opportunity to improve cooling of the powertrain and the brake system. 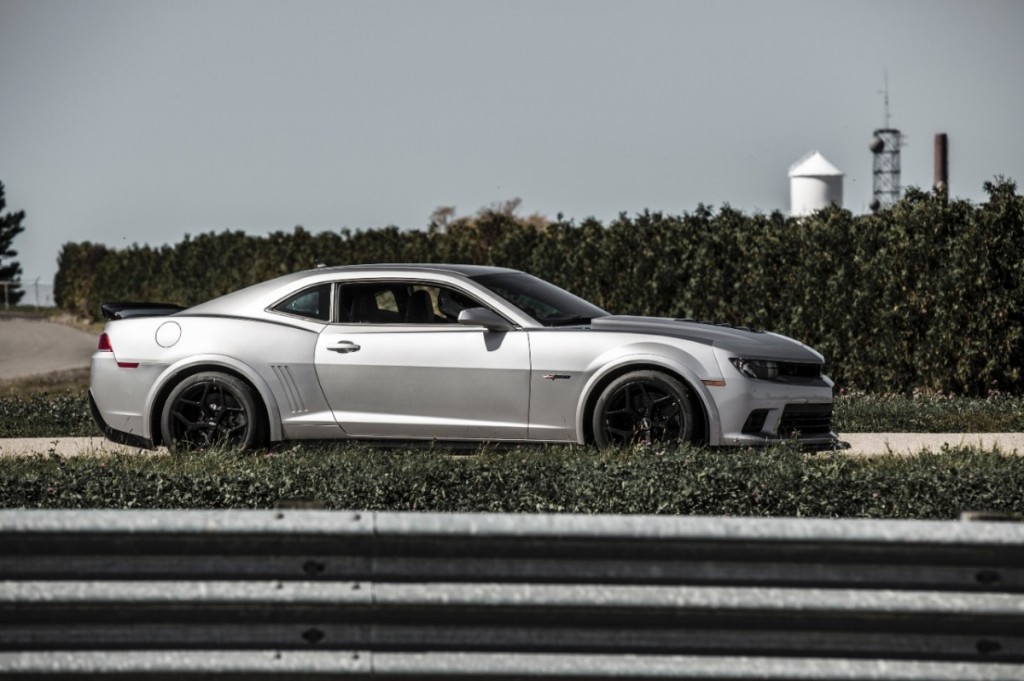 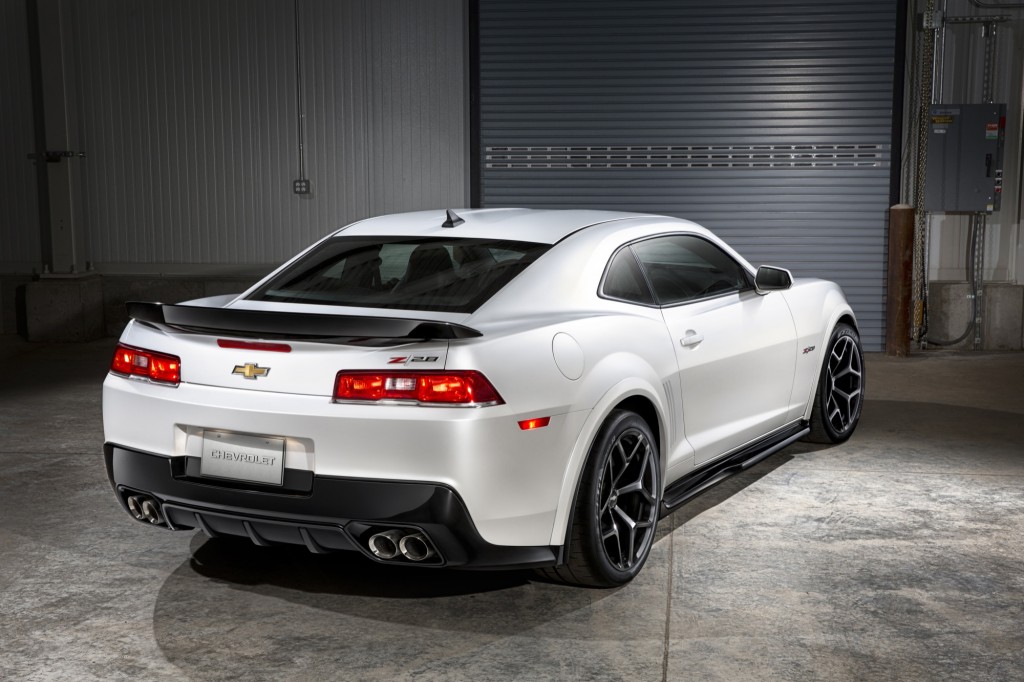 Other notable features of the fifth-gen Camaro Z28 include Brembo carbon-ceramic brakes, which provide consistent brake feel, lap after lap, along with a notably reduced curb weight. What’s more, the naturally aspirated Z/28 weighs 300 pounds less than the supercharged Camaro ZL1. A whopping nine pounds were saved by eliminating the folding portion of the rear seat and then using high-density foam in place of the rigid structure of the seat back and steel mesh of the seat bottom.

Other forms of weight savings included: 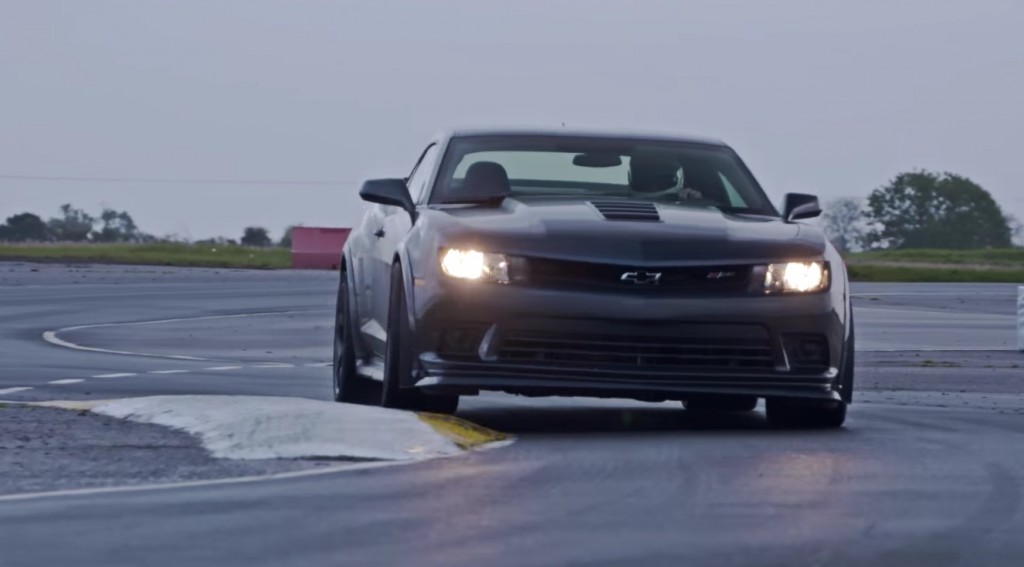 In fact, 100 percent of the un-sprung mass (suspension, wheels, tires and brake system) has been changed from the Camaro SS, dramatically enhancing the balance and overall driving feel of the Z/28.

All that made this car, if we may call it that, an absolute beast on the track, especially at the hands of a skilled pilot. But what all the specs can’t communicate is how the Z/28 feels to drive. In a sentence, everything in the car feels perfect during bouts of the most challenging track situations. And as we remember the fifth-gen Camaro Z/28 for what it was, we should also recognize what it is, because it is almost certainly the last naturally-aspirated, analog, track-dedicated vehicles that GM will build.